What is ‘Taylor’s Version’? 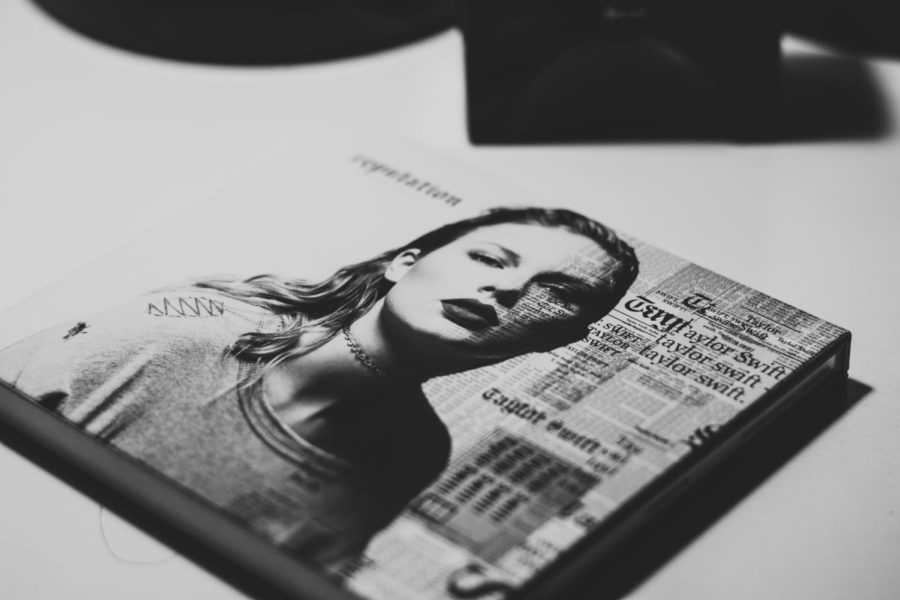 'Reputation' is the last album that Taylor Swift released with Big Machine Records in 2017.

With nine studio albums, eleven Grammys, and 42.9 million monthly listeners on Spotify, Taylor Swift has become one of the biggest names in the music industry. On April 9th 2021, fans eagerly anticipated the release of her newest album Fearless (Taylor’s Version), which included 26 songs. Although it peaked at #1 on the Billboard 200 charts, 20 of the 26 songs were not new to fans, as they had been previously released on her 2013 album Fearless. While she did include 6 previously unreleased songs, Swift’s intention in re-recording her most popular album is rooted in a long legal battle to have ownership of her music, and this album is only the beginning.

Big Machine Records was later sold for $300 million dollars in 2019 to talent manager Scooter Braun. As per the earlier contract, all ownership rights to Swift’s first six albums transferred over to Braun as well. Braun and Swift had a poor relationship before the acquisition, with Swift calling him an “incessant, manipulative bully.” When Braun prohibited Swift from performing her older songs at the 2019 American Music Awards, Swift posted a blog encouraging fans to “let [him] know how you feel.” Swift claims that she has attempted to buy the rights to her first six albums for years from Big Machine Records, but was denied after refusing to renew her contract. Braun and the other investors currently receive streaming revenue from those albums, leaving Swift and her fans furious.

As a legal loophole, Swift has decided to re-record all of her older music with her new record label, which would let her own some version of the songs, even if not the originals. In August of 2019, Swift announced her plans to rerecord the six studio albums owned by Braun, and the first one was released in April of 2021. When announcing the re-recordings and her motivation, Swift wrote, “Artists should own their own work for so many reasons, but the most screamingly obvious one is that the artist is the only one who really knows that body of work.”

Many questioned how helpful the re-recordings would be, as it would still prevent Swift from gaining rights to the original recordings of the songs. Speculation grew as to whether people would listen to Taylor’s Version in place of the immensely popular original albums. However, Fearless (Taylor’s Version) showed massive success, and appeared to fulfill Swift’s exact goal of replacing the original Fearless. The week before Fearless (Taylor’s Version) was released, Fearless held the 157th spot on the Billboard 200, even 12 years after its release. Once Fearless (Taylor’s Version) was released, Fearless sales dropped 19% and fell off the Billboard 200 altogether. To increase the popularity of the re-recordings, Swift has also chosen to add unreleased songs, giving fans an incentive to stream her new version as opposed to the original version. The new songs, which have “(From the Vault)” added to the title, were written at the same time as the original songs from the album, but they did not initially make the cut for release.

Swift’s fans (known as ‘Swifties’) have expressed support and enthusiasm as she attempts to regain ownership of her music. “I’ve loved listening to Taylor’s music for years, and am more than happy to transition to newer recordings of my favorite songs. I can’t wait to hear more songs from the Vault, and will be updating my playlists with her rerecorded albums as they continue to be released,” said Sadie Karp ’21. Swifties everywhere seem to share a similar sentiment, and they have boycotted the original album Fearless. The fan-created website taylors-version.com allows Spotify users to sign in, where the site then updates all of their playlists to include Taylor’s Version of her songs, and removes the originals. While Swift cannot eliminate her original albums altogether, it seems that many fans will be abandoning them as she continues to release her rerecorded versions.

While Fearless (Taylor’s Version) has seen great success, Swift has five more albums that still need to be rerecorded. She has yet to confirm when the next re-recording will be released and which album it will be, but some fans speculate that 1989 (Taylor’s Version) will be coming soon. Swift’s silence on the next release date does not mean much to Swifties, as her two album releases in 2020, Folklore and Evermore, were surprises that dropped within hours of her first announcement. Regardless of when Swift drops the next rerecording, fans everywhere will be ready to stream their old favorites with a new meaning.
When announcing the re-recordings and her motivation, Swift wrote, “Artists should own their own work for so many reasons, but the most screamingly obvious one is that the artist is the only one who really knows that body of work.”