After 28 years, the iconic duo has parted ways. 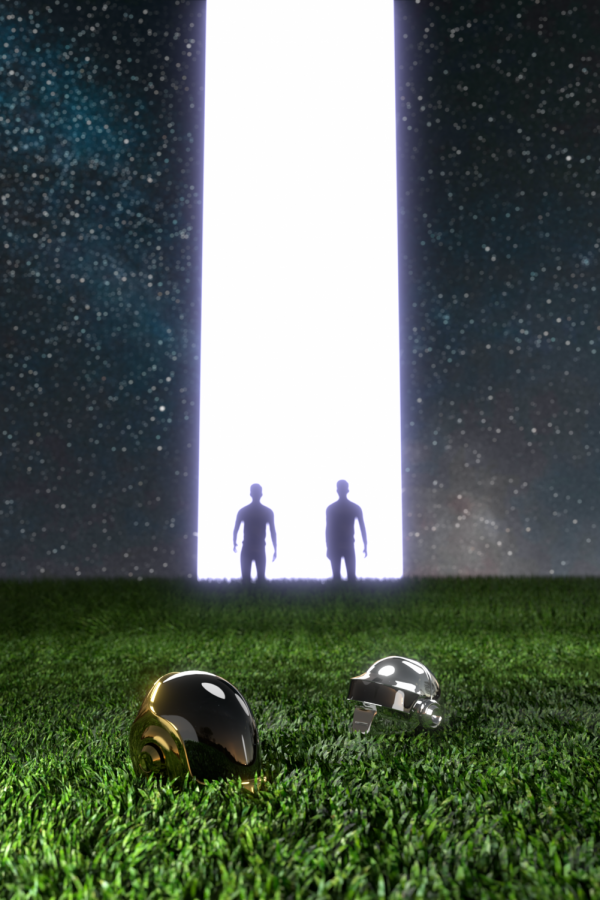 After 28 years, the iconic French duo Daft Punk has split, shocking millions of fans across the world. Responsible for worldwide hits like ‘Get Lucky,’ ‘Around the World,’ and ‘One More Time,’  Daft Punk has been one of the most influential duos in music history.

Guy-Manuel de Homem-Christo and Thomas Bangalter, the minds behind Daft Punk, first met in 1987 while attending school in Paris. With similar interests and tastes in the arts, Bangalter and de Homem-Christo quickly formed a close friendship. In 1992, the two organized the rock band Darlin’ with Laurent Brancowitz, the future guitarist for the French band Phoenix. Upon releasing two tracks in 1993, their work was met with mixed reviews, with one critic calling their music “daft punky trash.” Following this fateful review, Darlin’ disbanded as the two men switched their focus to French house music, eventually calling themselves Daft Punk, paying homage to their critics.

The duo immediately began experimenting with all types of tools, releasing singles like ‘The New Wave’ and ‘Da Funk.’ In September of 1996, Daft Punk signed a deal with Virgin Records, propelling them into the industry. They later released their debut album Homework in 1997 and received critical acclaim for their work. Many reviewers and listeners admired how the duo was able to combine different styles of music into one polished product.

With their growing popularity, Bangalter and Homem-Christo faced a bombardment of interviews and publicity. As naturally introverted individuals, the duo firmly believed that their music should be in the spotlight, not themselves. To remain out of the spotlight, Bangalter and Homem-Christo arrived at interviews and photoshoots wearing dollar-store masks in order to conceal their identity.

However, it was not until Daft Punk’s 2001 album Discovery that the duo donned the legendary robotic persona we know today. Their first helmets, imagined by directors Alex & Martin, SFX designer Tony Gardner at Alterian Inc, and Paul Hahn of Daft Arts, had intricate LED layouts that allowed the men to display different colors and text. Bangalter wore a chrome helmet with a black visor and small smile cutout, while Homem-Christo wore a gold helmet with a large vertical black visor. As the duo progressed, their helmets would eventually run through multiple iterations.

Discovery is frequently regarded as one of Daft Punk’s best albums. Combining aspects of funk, club, disco, and pop music, the album is home to worldwide hits: ‘One More Time’, ‘Aerodynamic’, and ‘Harder, Better, Faster, Stronger’. Even people who have never heard of Daft Punk are bound to recognize one of these tracks due to the album’s versatility and widespread popularity. Zawad Munshi ’21 said, “Although they were pretty popular by that point, it likely came as a result of the niche audience sharing it with the mainstream.” Interestingly, though, despite Daft Punk refusing to tour for their albu, Discovery, they released multiple music videos featuring characters from their future anime film, Interstella 5555.

Daft Punk’s third album, Human After All, was later released in 2005. Completed in just under two months, the album received mixed reviews. Many listeners felt as though it was rushed and incomplete, and the album transformed many fans into critics who placed Human After All at the bottom of their rankings. After producing three music videos for the album, the fourth one morphed into their next feature film, Electroma. Devoid of any dialogue or music, the film dives into humanity, individuality, and identity.

With Human After All’s lackluster reviews and Daft Punk’s long hiatus from touring, many feared the end of Bangalter and Homem-Christo. However, in April of 2006, Daft Punk performed at the Coachella music festival, bringing a much-needed revival to the duo. Performing in a large pyramid-like cockpit, Daft Punk’s live set reportedly used so many LEDs that they drained the entire supply within the United States. It was unlike anything that had ever been done before, bringing Daft Punk back to fame.

Following Coachella, the duo engaged in a world tour, eventually leading to the release of their second live album, Alive 2007. Featuring their live performance at the Palais Omnisports de Paris-Bercy arena, fans heard Daft Punk’s craft in real-time as they reworked and mixed their previous songs. The album received so much acclaim that Pitchfork dubbed it as “the Ultimate Daft Punk Mixtape.” To this day, many fans regard Alive 2007 as Daft Punk’s best work.

In 2008, the duo began working on the soundtrack for Disney’s Tron Legacy, devoting two years to this project. Although Tron Legacy proved disappointing at the box office, its soundtrack further propelled Daft Punk into the mainstream. It highlighted the duo’s meticulous craft and diversity while simultaneously staying true to their roots.

Daft Punk’s final album, Random Access Memories, functioned as a throwback to the disco music from Bangalter’s and Homem-Christo’s childhood. Using a mixture of live instruments and analog recording methods to mask their use of modern technology, the album feels both incredibly new and nostalgic. Working with artists such as Pharrell Williams, Nile Rogers, Paul Williams, and Julian Casablancas, it was the first time one of Daft Punk’s albums topped the United States charts. Zawad Munshi said, “It’s not like any other electronic stuff, so more people gave it a shot.” The men performed their most popular song, Get Lucky, with Pharrell Williams, Nile Rogers, and Stevie Wonder at the 2014 Grammys, taking home Album of the Year.

However, after the success of Random Access Memories, the duo went silent. Aside from a few collaborations with The Weeknd, fans were left wondering when Daft Punk would return.

On February 21st, 2021, to the surprise of fans, a video entitled Epilogue was released to their official YouTube channel. Featuring a clip from their 2006 film, Electroma, it showed the two men in their robotic suits walking across a deserted landscape. As Homem-Christo continues walking, Bangalter slowly halts to a stop. Homem-Christo then turns around and heads back to Bangalter, and Bangalter takes off his jacket to reveal a control panel on his back.

With the click of a button, Homem-Christo activates Bangalter’s control panel and walks away. Seconds later, Bangalter explodes, and the video cuts to an image of their robotic hands in a pyramid with the text “1993-2021” below. In the background, the lyrics “If love is the answer you hold,” play from their song, Touch, and Homem-Christo slowly drifts into the sunset.