The spin-off show packs a heart-warming punch with new characters for fans of ‘The Karate Kid.’ 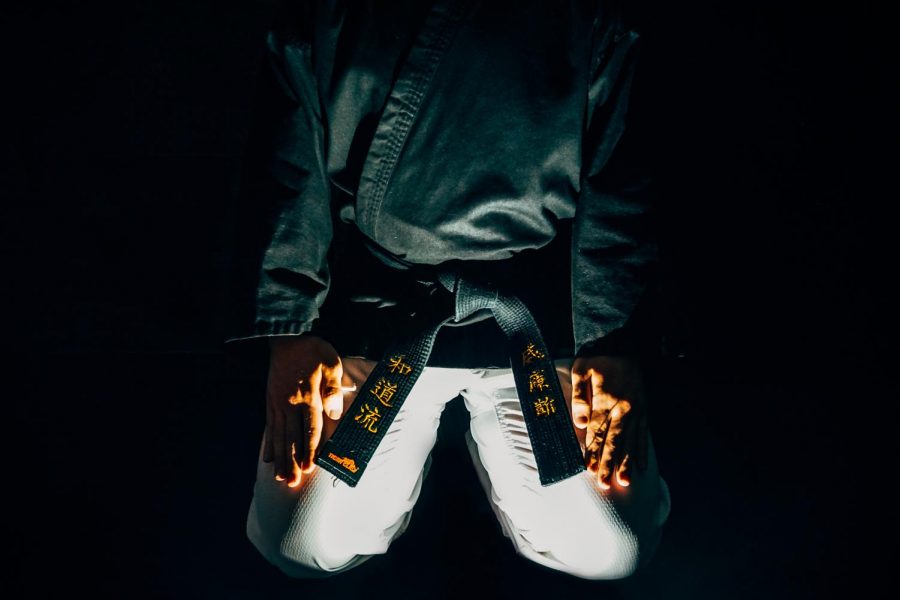 ‘Cobra Kai' is a sequel to the 1980s classic film franchise ‘The Karate Kid.'

When a production company reboots a classic film or develops a spinoff series, the viewers oftentimes question whether the new picture does justice to the original work. Perhaps a company is simply riding the wave of success from a former production or has run out of fresh ideas. Regardless of the reasoning, the Cobra Kai television series successfully integrates components from the original The Karate Kid saga, all while catering the storyline to a newer audience in a heartening manner.

The first season of Cobra Kai was featured on YouTube Red and premiered on May 2nd, 2018. The comedy-drama is now airing on Netflix with the third season having just been released in January of 2021. The show’s three executive producers Jon Hurwitz, Hayden Schlossberg, and Josh Heald brought the series to life as a sequel to The Karate Kid, a franchise consisting of four movies by Robert Mark Kamen in the 1980-1990s.

Whether the current 30-episode, half-hour sequel lives up to the Oscar-nominated film is up to the viewers. However, Cobra Kai is full of homages and twists that creates a nostalgic atmosphere.

Cobra Kai takes place 34 years after the events of the original films and continues with the inescapable battle between Johnny Lawrence and Daniel LaRusso. The two old rivals are played by William Zabka and Ralph Macchio, respectively, and they both reprise their roles from the films. Johnny has not found success in his life in the aftermath of the 1984 All Valley Karate Tournament and seeks redemption in training a new generation of students. The show, therefore, follows the reopening of the infamous Cobra Kai karate dojo by Johnny. Traumatized from the ruthless nature of Cobra Kai when he was in high school, the now-successful Daniel LaRusso hopes to shut down Johnny’s endeavors. LaRusso also journeys to find balance in his life without his former mentor, Mr. Miyagi. The two battle it the only way they know how — through karate.

Alongside the rivalry between Johnny and Daniel is a new cast that intensifies the series’s drama and sustains a rather complicated set of characters. Johnny’s star pupil at Cobra Kai is Miguel Diaz, played by Xolo Maridueña and he recruits other new students to the dojo named Hawk and Tory, portrayed by Jacob Bertrand and Peyton List. Danny LaRusso’s daughter, Samantha, played by Mary Mouser, is a younger version of himself whom he wishes to pass on the ways of Miyagi-Do.

The constant back-and-forth fighting between Cobra Kai and Miyagi-Do leaves viewers questioning whether there is a clear “good side” to support. In contrast to The Karate Kid, which focuses on Daniel’s story as the underdog, Cobra Kai casts a swinging pendulum to spotlight both sides of the story. The fighting between the younger cast, however, oftentimes deviates from The Karate Kid lines. The endless drama between the teenagers creates some almost-psychotic characters, brainwashed to resort to violence as a means of conflict resolution.

Throughout the plot, the paramount emphasis on the idea of “showing no mercy” by the Cobra Kai dojo leads to over-the-top, villainous behavior and makes for several questionable plot twists. The integration of new characters in the franchise has fabricated several needless, drama-filled episodes with incessant fighting. Nonetheless, given the large cast and implementation of several different storylines, the show manages to tie everything back to karate in the end.

While plenty has changed since 1984, it is very clear that Johnny was not a part of this evolution. His unapologetic behavior and politically incorrect statements elucidate a man stuck in the 1980s of the Valley. As he interacts with his students and is introduced to various facets of modern society, however, we see the Cobra Kai producers drawing from different generations.  From YouTube to Netflix, the plethora of niches within content creation often draw a line of distinction between different demographics. “We wanted to make something that felt like everyone could get something from it…This feels like a show that can speak to anyone, whether they’re 8 or 80,” said Josh Heald, one of the show’s executive producers.

The three seasons are also filled with references and actors from 1980s films to hook in longtime fans of The Karate Kid. Throughout several of the episodes, there is flashback footage from the original film and new scenes created to tell never-before-seen points of view of characters from the movies. John Kreese, Johnny’s former mentor who fans the flames between the two dojos, has a significant role in the new series and is played by the same actor, Martin Kove. Kumiko, one of Daniel’s childhood friends, and Chozen Toguchi, one of the antagonists in The Karate Kid, make appearances in the later seasons by the same actors as well.

Telling a story that resonates with fans from a former production and delivering characters to create a new story is no easy task, yet Cobra Kai has generated great success with its creation. In a Twitter post about viewer analytics, Netflix revealed, “Between all three seasons, 73 million households have checked out the show!” While certain themes of drama may be drawn out of proportion to further develop the storyline, overall, the producers vividly capture nostalgic elements from The Karate Kid while providing a fresh perspective on the franchise in the new decade.

To watch Cobra Kai on Netflix (subscription required), click HERE.
“We wanted to make something that felt like everyone could get something from it…This feels like a show that can speak to anyone, whether they’re 8 or 80,” said Josh Heald, one of the show’s executive producers.