It has been over four years since fans responded to Joss Whedon’s ‘Justice League’ with their need for Zack Snyder’s cut of the film. Does he live up to his expectations? 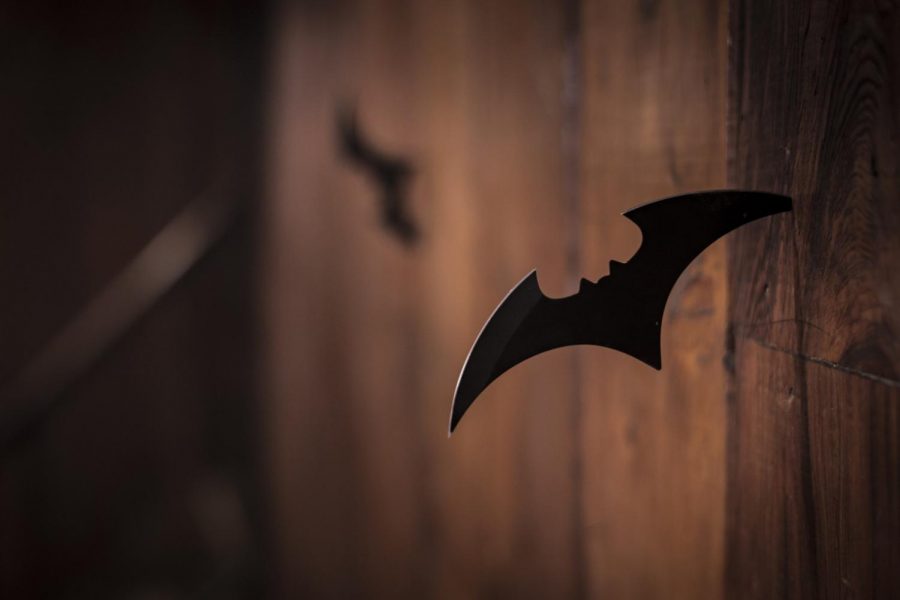 Bruce Wayne revealed his identity to the Flash by using a similar batarang.

This was the hashtag that sparked the world on fire. After ‘Justice League’ director Zack Snyder left the project during post-production in 2017 due to the death of his daughter, fans had mixed feelings with regard to  what was to come. On one hand, Snyder could end his directorial run for the DC Extended Universe, which has been met with mostly mixed to mediocre reviews, and pass the torch to another director. On the other hand, Snyder had spent years formulating his DCEU blueprint, beginning with 2013’s Man of Steel and ‘Batman v Superman: Dawn of Justice’ (2016). By May of 2017, Joss Whedon had been called in to replace Snyder and finish the film how he saw fit.

Whedon is well known for 2012’s ‘The Avengers,’ another superhero ensemble movie for the DCEU’s rival- The Marvel Cinematic Universe. ‘The Avengers’ is hailed as one of the greatest superhero films of all time, recognized by The New York Times as “Whedon’s long-awaited superhero opus.” Unfortunately, Whedon’s work on ‘Justice League’ caused a major loss of support from the DCEU fan base. The significantly darker and more somber tone that Snyder had taken with the first two films was lost in ‘Justice League,’ and many see Whedon’s work as a means for derailing the DCEU at a time when the MCU was still winning with its critics and box-office numbers. “That’s what I think! It seems as if Whedon watched Snyder’s version of the film and thought oh, let me ruin this to redeem myself for the mess I made with ‘Avengers: Age of Ultron’ (2015)”, said Nehal Hossain ’21. If rewatching Whedon’s “Josstice League” reaffirmed anything, it is that the film is significantly worse than ‘Avengers: Age of Ultron’. I can go on to say that it is the goofiest movie involving Batman since Joel Schumacher’s ‘Batman & Robin’ (1997).

While Snyder’s ‘Batman v Superman: Dawn of Justice’ was met with mixed reviews, one aspect of the film that many agreed was strongest was Ben Affleck’s depiction of Batman. Critics and fans alike called it arguably the truest version of the vigilante to date, but it took Whedon one movie to take Affleck out of that argument. Instead of taking down an army of parademons like he did in the Snyder Cut, Batman was left exhausted from fighting a single parademon. “Sorry guys, I don’t have a sword,” just happens to be one of the many silly jokes and puns the caped crusader relied on throughout the film, despite the establishment of his character as a stoic and deeply flawed individual. It was as if Whedon knew nothing about the DCEU or Snyder’s films, doing his best to make Batman resemble his version of Iron Man.

In addition to his poor handling of the Batman character, Whedon was heavily criticized for the supporting characters’ lack of depth, which is ironic because his film was mostly a build up to a showdown that took place in the movie’s final twenty minutes or so. With Aquaman’s hidden feelings for Wonder Woman, Flash’s cluelessness, and Cyborg’s teen angst, Whedon’s version of ‘Justice League’ could be mistaken for a Brat Pack reboot that just relied on superpowers and costumes.

Snyder, on the other hand, brought the justice to ‘Justice League.’ Instead of making Superman, who was dead for more than half of both films, the focal point of the story, Snyder focused on Batman, who was driven by his promise to Superman that he would unite the Justice League to fight Steppenwolf and the forces of Darkseid (who was not even featured in Whedon’s cut of the film). “I loved the scene where Superman makes his return with his black suit; he was on another level,” said Ariq Habib ’21. Habib is referring to one of the most notable differences between the Whedon and Snyder cuts —  Superman’s suit. While Whedon relies on Superman’s traditional blue and red suit, Snyder introduces the superhero’s black suit, also called the Solar or Regeneration suit. The suit allowed the weakened Superman to absorb more solar energy and recharge himself, while also keeping the more ominous tone of Snyder’s movies intact.

Snyder also did a great job creating depth for the characters that lacked much significance in Whedon’s vision. Much of this is the case because of the film’s length — a whopping four hours and two minutes, in comparison to the original two hours. The film’s main arc is split into six different parts that brilliantly allow each Justice League member to introduce themselves to the audience and shine in their own way.

“Although I’m not an Ezra Miller fan, the scenes for The Flash in the Snyder Cut were amazing! My favorite part was when Flash traveled back in time and entered the speed force. He literally saved the entire Justice League,” said Habib.

Others have disagreed on who the “MVP” of the film is. Hossain said, “Cyborg was the heart of the Justice League.” However, Amelia Volpe ’21 said, “Batman was easily the core of the group. Without Batman there would be no Justice League!” Even with Superman only appearing after Part 5, Alex Cardenas ’21 believes, “Superman was the hail mary for Justice League. If it were not for him, either humanity loses before the war even starts or Steppenwolf defeats Cyborg in order to conquer humanity.” It is evident that the length and six-part format of the film helped appeal to a larger audience.

In addition to the six parts, Snyder also included an epilogue to his cut. This epilogue takes place years after the main arc’s story, where Batman, Mera, Flash, Deathstroke, and the Joker are on the same team. Taking a much more grim and dark theme, the epilogue addresses the deaths of Harley Quinn, Lois Lane, and Batman’s promise to get revenge on Joker on behalf of Quinn. This Knightmare timeline has long been teased since ‘Dawn of Justice’ and is yet to be completed. The epilogue shifts back to the current day, where the Martian Manhunter meets Bruce Wayne for the first time and offers the Justice League his services, if Darkseid ever does make a return. The ambiguous ending opens different possibilities for the DCEU, but also creates more confusion in an already messy franchise that still has to connect the dots between each movie. Regardless of how the DCEU timeline continues, the release of ‘Zack Snyder’s Justice League’ proves that a strong audience and an authentic vision hold a substantial amount of power. While movies like ‘The Black Adam’ and ‘Flashpoint’ are scheduled to release soon, fans once again hope to recapture the impact they had with the #ReleaseTheSnyderCut movement.

Who knows? Maybe Warner Bros will finally embrace Zack Snyder’s vision for the DCEU and #RestoreTheSnyderverse.
Regardless of how the DCEU timeline continues, the release of ‘Zack Snyder’s Justice League’ proves that a strong audience and an authentic vision hold a substantial amount of power.