Why Everyone Should Be Listening to Zayn’s New Album, ‘Nobody Is Listening’

Full of classic R&B sounds, some classical guitar, and pop lyrical structures, 'Nobody Is Listening' is a brief thirty-five minute story of love and self-discovery told through Zayn’s poetic lyricism and crooning vocals. 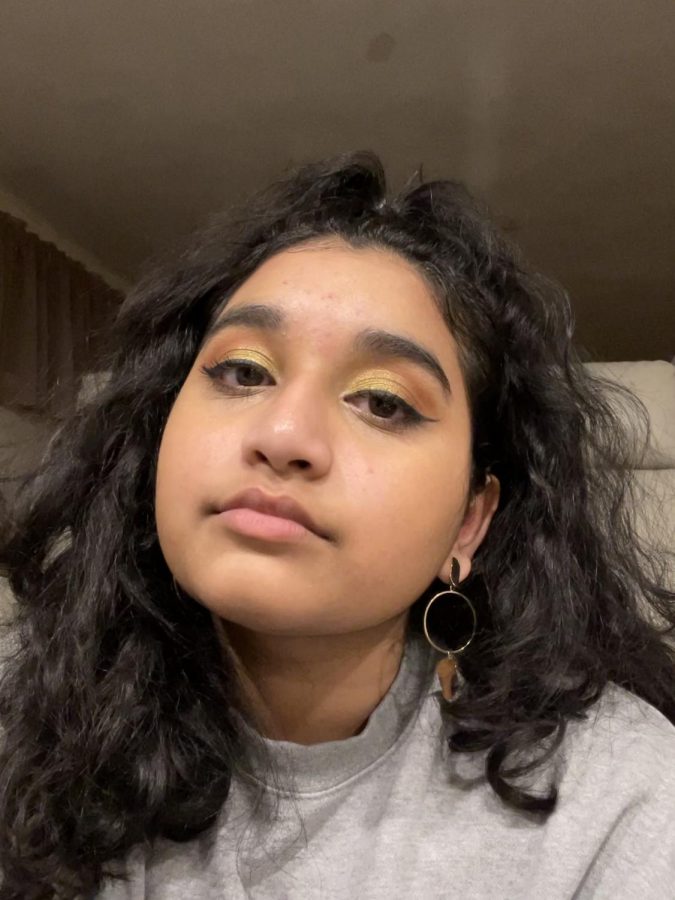 One of the first things that drew me to Zayn was his Pakistani heritage and upbringing in Islam. When I was younger, my cousin and I gravitated towards him in 'One Direction' because of the representation, but when he left the band, we slowly distanced ourselves from the band’s ever-growing fanbase. Now that I have a larger understanding of my Bengali-Muslim heritage, I revisited Zayn’s music, both in 'One Direction' and in his solo career.

After finding two TikTok videos in which the performers noted that if you pre-ordered the album Nobody Is Listening (NIL), and sent your order confirmation to Zayn’s official fan account, you could get a chance to get onto a Zoom call with Zayn, I rushed to Instagram and Twitter to confirm. I did not see anyone outside of two or three accounts detailing whether or not the Zoom call was legitimate, yet after deep internet research for forty-five minutes, I was convinced. I was going to spend $11 on Apple Music to preorder NIL and see if I could get onto this Zoom call.

Not even a minute after I pre-ordered the album, I opened up the TikTok app and lo and behold, a large Zayn fan account uncovered the “scheme.” The Zoom meeting was all a ploy to convince fans to pre-order the album. It was all fake! I had just spent an hour contemplating buying an eleven dollar album that I had no idea I would even enjoy for nothing.

Despite the trickery, I was still excited to listen to what Zayn’s new album would sound like, since it had been more than two years since his last album, Icarus Falls. When revisiting the nostalgia associated with Zayn, due to his Pakistani heritage and upbringing in Islam, I found that I also enjoyed his style of music, especially his second album, Icarus Falls. With twenty-seven tracks, the album’s length intimidates almost everyone to whom I mention it, but to me, the long number of tracks are a blessing, not a curse, as it contains an hour and a half of beautiful falsettos, references to Greek mythology, and euphoric instrumentals.

Part of the reason why it is difficult to easily share my love of his music is because of Zayn’s lack of album promotion. In the past five years, he has only done a handful of radio interviews, which were rarely in-person. In-person interviews and direct statements from the artist are crucial to get traction for an album, create strong relationships in the radio and music industry, and strengthen a fan-base. However, Zayn has never been one to follow the conventional paths set out in the music industry. This time around for his third album, Zayn did promotion entirely on his own terms.

During the week of NIL’s release, not only did Zayn send a truck decked out in NIL-themed decorations to his hairdresser, family members, and friends, but he also celebrated his 28th birthday with a NIL-inspired flower arrangement, at-home video game arcade, superhero balloons, and a personalized BODE jacket with the album cover art on the back. To give fans a platform to connect with one another, Zayn held official listening parties on an online streaming browser on January 15th, 19th, and 21st, 2021. On January 18th and 19th, he also went live on his Instagram for the first time ever and answered fans’ questions in the comments.

Quarantine albums from artists like Shawn Mendes and Why Don’t We were created with the mindset that they would perform the tracks in large concert halls, while others like Ariana Grande and Taylor Swift created albums that were natural products of creativity. I believe Zayn’s Nobody is Listening falls in the latter category, because his record label, RCA Records, indicates that this album “sees Zayn in complete creative control, from designing the album cover art to his sound, he has created a moment in music that is all his own.” Critics seem to agree, as one commented on Zayn stating, “[he] has steadily delivered high-concept pop albums that take risks, bare emotions, and defy expectations… this album feels against the grain and quietly experimental.” Rolling Stones calls attention to the wide range of genres within NIL by mentioning that Zayn inlaid R&B, bedroom tunes, coffee-shop-guitar, and chill vocals within the album.

With these reviews in mind, I highly anticipated the January 15th, 2021 album release. And now, more than two months later, I am ready to fully dive into NIL’s lyricism, evolution of sound, and connection to Zayn’s first two albums.

The opening of the album is a soft spoken word piece with a synth track in the background.

While some fans connect the lyrics in this album to Zayn’s distance from his work in One Direction, I would rather look at them more objectively. From referencing the Snake & Ladders board game (you’re a snake, fell off the ladder) it is clear that Zayn loves to use metaphors throughout his lyrics (I prefer speakin’ in analogies). As the track continues, he touches on darker more open-ended concepts when stating “what’s left, is it room or space?”

When the track closes, the last line Zayn utters is the album’s title “nobody is listenin’ to me,” which leaves the listener on the brink of anticipation for the rest of the album.

As the lead single for the album, “Better” follows the love-ridden theme in his previous lead singles for each album. What I found most intriguing about this record was its interpolation of the ballad “You Light Up My Life” by Kasey Cisyk. Cisyk’s song won a Grammy, an Academy Award, a Golden Globe, and held the number one position on the Billboard Hot 100 chart for ten consecutive weeks in 1977. I found it so surprising that Better, a chill pop-song, contained the melody to a dramatic ballad. I knew that artists sampled instruments, melodies, and vocals, but Zayn and his producers were able to alter the Cisyk melody so well that it was unrecognizable yet played an essential part in “Better.”

While Zayn mostly used electric guitars in his first two albums, NIL is full of acoustic and classical guitar, and “Outside” is the first track that highlights that instrument. With clear storytelling throughout each of the verses and a beautiful falsetto during the choruses, “Outside” showcases a different style of Zayn’s songwriting without forgetting the classic singing elements Zayn is known for.

When Love’s Around (feat. Syd)

Pulling from classic R&B sounds with a funk influence, “When Love’s Around” is a perfect homage to Zayn’s musical origins. The track opens with Syd’s verse and closes with a harmonious blend of the duo’s vocals. Syd used to be a member of the alternative hip hop collective Odd Future and band The Internet, and now prefers to be known as a producer/songwriter. Many artists who feature in songs usually have only a verse or a rap with their vocals, but “When Love’s Around” successfully highlights both singer/songwriters’ impeccable voices equally.

Supposedly his next single and favorite song on the whole album, “Connexion” is a highly exploratory track. Once again, the track opens with classic guitar, but once we hit the pre-chorus Zayn gets a little experimental. He jumps into a full on head-voice falsetto and in the post-chorus distorts his voice. This track is also one of the ones to pull some lyrical inspiration from his past album’s. Zayn favors using metaphors regarding the ocean in his lyrics often such as in Icarus Falls’ “Natural” (Like a wave, we broke down/ The barriers, like the bluest ocean) and Mind of Mine’s “Bordersz” (Just like the ocean/ You change what I see). In “Connexion” Zayn sings “I don’t wanna miss out on another love/ So I’m gonna dive right in,” which quietly alludes to the ocean imagery he loves to use.

Sweat is coined to be one of the most appealing songs in NIL to the general public by Zayn’s fans. With Phill Collins-esque drums, an 80s R&B vibe, and Zayn’s signature ad-libs the track is pure perfection. It ended up being Lavanya Manickam’s ’21 top track on accident one week, just because she added it on one of her playlists at random!

“Tightrope” is the track that brought me to tears once the post-chorus hit. Once again Zayn employs his favorite guitar to open up the sad love song, but chooses to showcase his lower range. So, what is so special about the post-chorus?

He sings in Urdu, saying “Chaudhvin ka chaand ho ya aafataab ho?/ Jo bhi ho tum Khuda ki qasam lajawaab ho,” which roughly translates to, “Are you the full moon or the sun?/ Whatever you are, I swear to God, you are beyond compare.” While he did not write the lyrics himself (they are actually from Mohammed Rafi’s song “Chaudhvin Ka Chand Ho”), Zayn is clearly declaring his complete and utter love for his significant other with these lyrics. Twitter user @zaynsfilms says “Tightrope” is the ultimate coming of age trailer and theme song and the Urdu vocals make it even more ethereal to listen to. The song itself tells us that the special someone has been found, and it’s them against the world.”

“Tightrope” closes with ZAYN’s signature high note adlibs and harmonies. Zayn’s only other song in Urdu was in Mind of Mine called “INTERMISSION: fLoWer,” so it was a nice surprise when fans heard him revisit implementing Urdu in this third album. Not only did he draw inspiration from Mind of Mine, but Zayn also referenced the Greek myth behind his album Icarus Falls when singing “why you wanna see how far I fall,” which brings all three bodies of works together.

Rolling Stones said that both “Tightrope” and “River Road” pack a one-two punch at the end of NIL, and I completely agree. The two tracks are both slow and thought-inducing, leaving the listener to ruminate on the thirty-five minute album. What I found most moving in “River Road” was Zayn’s lyric “stand on your own, be a pillar” because it could be connected to Kahlil Gibran’s poem “On Love and Marriage” that states “for the pillars of the temple stand apart.” Zayn’s love of this poem has not gone unnoticed. He posted it on his Instagram, gotten it tattooed on his arm, and now references it in “River Road.” The track is the perfect closer because it sounds like “the renewal of new beginnings” as stated by Twitter user @zaynsfilms.

It is clear that Zayn has thought extensively about making his third album sound like an extension of his capabilities as a singer as well as a cohesive part of his story when compared to his other albums. As an executive producer, writer, and singer on this album, Zayn has had full creative control. From incorporating ideas such as lost love, new relationships, to mentioning a revitalized perspective on life, Nobody Is Listening is “kind of like a love story in an album”  especially because he is “super vulnerable at times,” which is what makes NIL so good, as Thahiya Hassan ’21 describes it.

Be sure to check out the #1 album on iTunes’ Worldwide Chart and Spotify’s Global Chart when it debuted, Nobody is Listening, which is now available on all streaming platforms.
From incorporating ideas such as lost love, new relationships, to mentioning a revitalized perspective on life, Nobody Is Listening is “kind of like a love story in an album,” said Thahiya Hassan ’21.