Suitable for General Audiences? The Rise and Fall of Censorship in Film

A history of the rating system for movies from the Hays Code of 1922 to today. 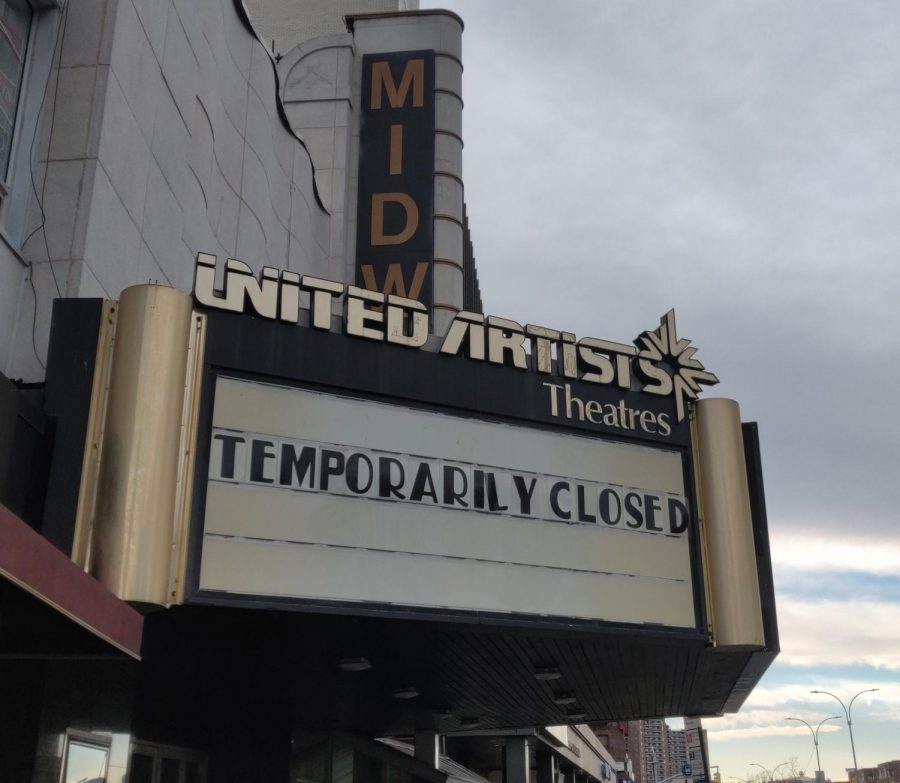 It is now called Regal UA Midway, but this landmark cinema in Forest Hills, Queens, opened its doors as the RKO Midway Theatre in 1942, predating the MPAA film rating system by over twenty years. It is temporarily closed due to the Coronavirus pandemic.

The Motion Picture Producers and Distributors of America (MPPDA) was founded by William Hays in 1922. It is now known as the Motion Picture Association (MPA), and describes itself as “the leading advocate of the film, television, and streaming industry around the world.” A few of the biggest players in the film industry make up the trade association’s member list: Walt Disney Studios, Paramount Pictures, Sony Pictures, Universal Pictures, Warner Bros. Pictures, and, since 2019, Netflix. The MPA has been the biggest advocate for the film industry for nearly a century and, as you may have guessed from its members, basically controls the guidelines for the operation of the film industry.

Perhaps the most famous contribution of the Motion Picture Association is its film-rating system. In its current form, the rating system is as follows:

G: GENERAL AUDIENCES. “Nothing that would offend parents for viewing by children.”

PG: PARENTAL GUIDANCE SUGGESTED. “Parents urged to give “parental guidance.” May contain some material parents might not like for their young children.”

PG-13: PARENTS STRONGLY CAUTIONED. “Parents are urged to be cautious. Some material may be inappropriate for pre-teenagers.”

R: RESTRICTED. “Contains some adult material. Parents are urged to learn more about the film before taking their young children with them.”

NC-17: NO ONE 17 AND UNDER ADMITTED. “Clearly adult. Children are not admitted.”

The system is intended to provide parents with information about the content of films to help them decide in advance if a movie is appropriate for their child — the ratings do not function as endorsements or condemnations of movies, nor do they intend to censor them. Most importantly, they are not legal guidelines; the system is voluntary for filmmakers, though all members of the MPA have agreed to have all of their theatrically released movies rated. This system is relatively new, and much of film history precedes MPA ratings.

In the early 1920s, Hollywood was plagued by scandals. At the time, Hollywood had a terrible reputation, and remedying this was a major focus of the MPPDA upon its founding. Movies were a new art form, and they were under severe threat from legislators and the public who wanted censorship. Many local censorship boards were formed, meaning that different areas in the country had completely different standards for what would be allowed to play.

William Hays, a Republican politician, was selected as the president of the Motion Picture Producers and Distributors of America in 1922, and he was tasked with managing trade and the public image of Hollywood. In the 1920s, any attempts made by Hays and the MPPDA to censor were ineffectual. But among these was the list of “Don’ts and Be Carefuls,” which would set the stage for the code that was later settled on. Some of the “Don’ts” included religious profanity (with particular Catholic sensitivity). The “Be Carefuls” included depictions of many felonies, and also recommended that special care be exercised in the depiction of marriage and sympathy for criminals. There was a clear lack of enforcement of these guidelines at the time, and the public’s hunger for regulation was not satiated by these early provisions.

In 1930, the MPPDA established the Motion Picture Production Code, commonly known as the Hays Code, which they would keep for decades to come. It contained a set of general guidelines, the goal of which was to prevent movies from corrupting the viewers’ morality. The Code included plenty of restrictions on what could be portrayed, including interracial and same-sex relationships, and baffling restrictions, such as a ban on phrases like “hold your hat.” It was even against the Code to treat criminals with sympathy. It maintained the strong Catholic religiosity of the “Don’ts and Be Carefuls” list. It also prohibited content that would be offensive to foreign nations, and it was even used to shut down several anti-Nazi films later in the 1930s, for this reason.

It was not until 1934 that this code started being seriously enforced. The MPPDA established the Production Code Administration and required that films be approved before their release. From that point on, nearly all American movies were subject to the Code — it was the preferable option to government censorship. This ruled for quite some time, but it could not last forever. It was conservative to a fault, and resisted change in a time of rapidly changing social norms. For example, it took more than twenty years for the restrictions on the depiction of interracial relationships to be rolled back, finally happening in 1956.

At a time when the Code was derided by moviegoers and filmmakers alike, it was basically doomed to fail. More and more frequently in the mid-20th century, filmmakers were ending up with Code-violating box office successes (Billy Wilder’s classic Some Like it Hot from 1959, for example), and competition arose from foreign films and television. In the 1950s and ’60s there were two Supreme Court decisions limiting the power of censorship boards, reducing the need for self-censorship. The Code was on its last legs, soon to be replaced.

In 1966, Jack Valenti became the president of the MPPDA, the name of which had been changed to the Motion Picture Association of America (MPAA), and he saw the inherent problems of the Code. He sought to replace the system entirely, and in November of 1968, the new rating system was established with the National Association of Theatre Owners, as the Hays Code met its long-overdue retirement. The system was originally slightly different from the one today, and there have been minor changes since the 1960s. For example, the PG-13 rating did not exist when the system was created; it only came about when directly requested by Steven Spielberg, following controversy surrounding his 1984 film Indiana Jones and the Temple of Doom, which seemed too mature for its PG rating yet not mature enough to warrant an R rating.

So while there have been some aesthetic changes and other guideline changes, including the crucial addition of rating descriptors in 1990, which give more information about the content of a particular movie, the way the system functions (audience recommendations that are voluntary for filmmakers) has not been notably altered since its inception. Valenti’s ratings shifted control from the producers to the moviegoers, establishing an institution whose guidelines could change freely, that allowed audience members to make decisions about what they were comfortable seeing, and that ended the film censorship that defined the industry up to that point. Despite being completely voluntary, MPA ratings are ubiquitous because they were created with the artists and the audience in mind.

Who decides the ratings? Ratings are decided by the Classification & Rating Administration (CARA) of the MPA. On the MPA website for film ratings, CARA is described as an “independent group of parents.” CARA’s task is to reflect the views held by the majority of American parents in order to make the ratings as helpful as possible. Information about this board is vague, however. A document regarding the rating rules states, “The identity of the other Raters will not be disclosed, to protect them from being subject to pressure from members of the public and producers and distributors of motion pictures with respect to the rating of individual motion pictures.” As the most relied-upon rating system, it is important that the system has safeguards in place in order to ensure integrity.

Helpfully, some other information regarding the structure of CARA is given: there is a Chairperson, chosen by the MPA and NATO (National Association of Theatre Owners, not the North Atlantic Treaty Organization); there are assorted staff members; there are Senior Raters, who are chosen from the Raters “who have demonstrated experience and judgment in the rating of motion pictures”; and there are Raters, selected by the Chairperson, who may serve up to seven years. Every member of the Rating Board must be a parent who is unaffiliated with the entertainment industry, they must have children from five to fifteen years of age when they join the Rating Board, and they must leave when all of their children have reached twenty-one.

At their word, it seems that great care is taken to ensure integrity within the system, and I do not intend to contest this point. There are plenty of examples, however, of “bad ratings” that moviegoers like to point out. Data from a 2018 report from the MPA reflects an average of 587 movies rated each year, the majority of which receive an R rating. Out of 587 films that must be watched and then rated each year, it makes sense that there are a few odd decisions. I would also argue that, because the majority of movies that are rated are given an R rating, decisions are going to be more scrutinized. Theaters can often be strict with their enforcement of R ratings, so teenagers may be more inclined to decry what they see as an unfair rating because they or someone they know was prevented from going into a theater.