Period Dramas Are Too Good to Be True

Where do we draw the line between admiring a time period and overlooking its flaws? Netflix’s new hit ‘Bridgerton’ provides a lens through which to examine that question. 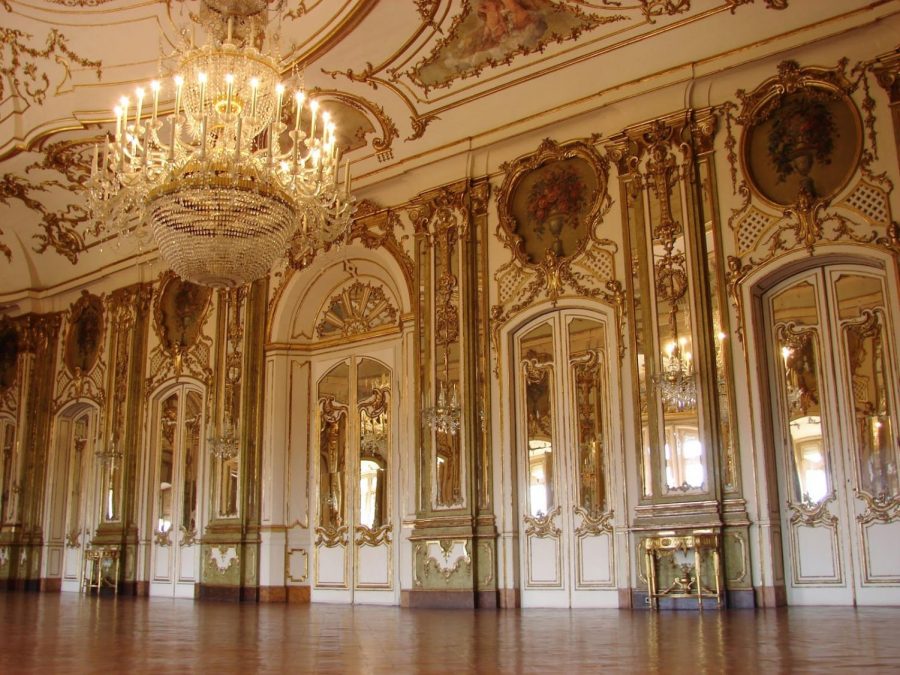 The Regency Era was a period of social and cultural development, due to the Prince of Wales’ patronage for the arts. This contributed to a greater importance being placed on women to be the ‘best dressed’, where they could change their clothes up to six times a day.

It is the beginning of the wedding season. You slip on your ornate gown and satin elbow-length gloves, and you take a short ride in your carriage to the host’s grand home. There you are greeted by dozens of other beautiful men and women, and you partake in a minuet on the dance floor. But is this really what life in the Regency era was like?

According to UKTV, there are a number of elements of period dramas that make them not just loveable, but bingeable as well. Some of these include immortal characters, dramatic love stories, and exquisite fashion, all of which Netflix’s Bridgerton provides to its viewers.

The show is set in 1813, in Regency era England, and is based on a series of romance novels by Julia Quinn, produced by Shonda Rhimes and created by Chris Van Dusen. The first season follows Daphne Bridgerton (Phoebe Dynevor), the eldest daughter of the upper class Bridgerton family. Meanwhile, a mysterious Lady Whistledown publishes the society’s latest gossip causing havoc and drama among England’s elites.

After the show was released on Netflix on December 25th, 2020, it quickly became a success, with an estimated 82 million households having watched within twenty-eight days of its release. With the show’s scandal, love stories, stunning costumes and set design, it is no wonder that it became insanely popular. Not only did viewers simply enjoy watching Bridgerton, but it has also renewed people’s (especially teen audience’s) obsession with galas, ball gowns, corsets, and everything in between.

“On TikTok, I’ve seen a lot of people buy corsets inspired by Bridgerton, who now want to go to balls similar to those in the show,” said a sophomore at Bronx Science, who wishes to remain anonymous. One high school senior even shared her experience of having an entire Bridgerton themed prom on TikTok.

With all of this obsession over the aesthetics of the show and Regency life, it begs the question, how can we appreciate the beautiful aspects of the Regency era while still acknowledging that life in those times was not as splendid as it seemed? And how can period films and television create a fantastical story without over romanticizing the conditions of the time period?

The Regency Era was the time period between 1811 to 1820 when King George III became unfit to lead, so his son, the Prince of Wales and soon to be King George IV, took over governing. During this time, the differences between the social classes were incredibly stark. The lavish lifestyles that we see portrayed were only available to the top 1.5% of English society. King George ignored poverty, while the nobility and royalty were allowed to live glamorously.

The issue of class and the inaccessibility of the posh lifestyle is only mentioned once throughout Bridgerton, when Lady Featherington (Polly Walker), the garish, mean, and competitive next-door neighbor to the Bridgertons, is showing her distant relative Marina Thompson (Ruby Barker) the horrors that could become her life if she were to become a single mother by bringing her to a poor neighborhood. “It seemed like classism wasn’t portrayed that much in the show, except for the servants, but even their experience seemed glorified,” said the anonymous Bronx Science sophomore student.

An issue that is dealt with to a certain extent in the show is the sexism of the entire social system. This is shown through Daphne’s older brother, Anthony (Jonathan Bailey), and how he attempts to control her and make decisions for her regarding marriage. In addition, the show delves into the topic of female sexuality, both its taboo-ness and the lack of education that young women were given on the topic.

Even with these plot points in the show, it seems as if the extent to which women were forced to adhere to absurd social rules and etiquette is subdued. During the Regency period there were many rules that subjugated women and played into the hierarchical structure of society, such as “overt displays of emotion” being considered “ill-bred,” and that debutantes were not allowed to dance “more than two consecutive dances with the same partner.”

Bridgerton is a beautiful show that is fun and entertaining to watch. The drama and cliffhangers will keep anyone hooked. When admiring the show’s beauty and wishing to attend a formal ball, it is important to remember that what we see is fiction. Regency life as it is portrayed on television is not what Regency life was actually like.

Another one of the elements that UKTV lists as being a reason we love period dramas is the nostalgia factor, but should we be nostalgic for a time when anyone but the rich white man was overlooked and undervalued?

To watch Bridgerton on Netflix (subscription required), click HERE.
“It seemed like classism wasn’t portrayed that much in the show except for the servants, but even their experience seemed glorified.”