Jiong discusses the tracks on the new Cravity album 'Be Our Voice.' 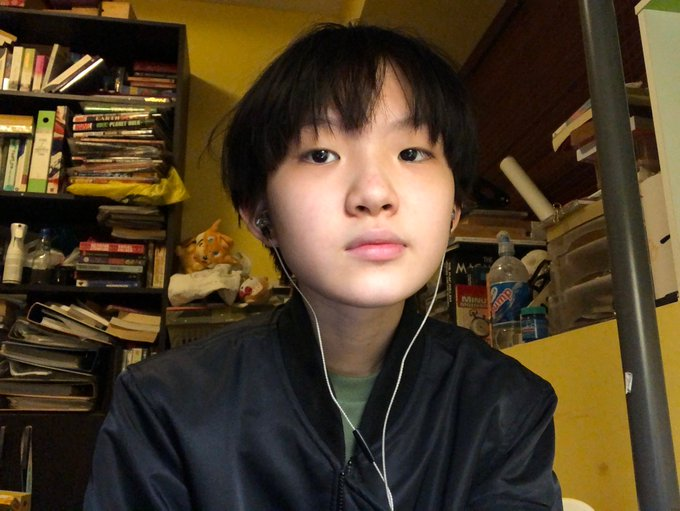 Jiong is a high school student in Singapore with a passion for music. He has been a music student for the past few years.

When Cravity’s song ‘My Turn’ was released on January 19th, 2021, I knew that I had to write an article about it. In order to be more objective and critical, I enlisted the help of my great friend Jiong. Jiong lives in Singapore, has studied music for a good portion of his life, and has a great passion for reviewing music.

What are your thoughts so far on the title track of Cravity’s ‘Be Our Voice’ album?

“My Turn, according to a press release, expresses “desire for victory and the race to get there,” and I can definitely see the desire in how it is three minutes and thirty seconds of desperation with Cravity’s producers trying to pull a hit song out of a cacophony of juvenile “SKRRT”-ing. Now, while a playful, non-serious “We’re kids and we’re having fun” song is appreciated, My Turn seems to take itself totally seriously as a “we are very winning and very adult” anthem, which does require a lot of suspension of belief. My Turn echoes the stripped production, lack of melody and disconnected structure of NCT 127’s Punch, but harnessed in a less appealing way.”

You dislike it more than ‘Punch’? How is that possible? That song gives me the worst headache on earth.

“I dislike both of them, but I dislike My Turn more. On top of that, Cravity simply does not have the maturity or presence in their voices to pull off this whole “we are very cool and ride motorcycles” vibe when half their members are still in high school. I think they definitely are talented, but Starship Entertainment needs to harness their abilities in a less obnoxious fashion and maybe embrace something like bae173’s Crush on U. I do enjoy the smidge of interesting instrumentation with the ONE bit of electric guitar in the song’s bridge, but it still does not soothe the headache that My Turn is.”

Moving on from the title track, which are your favorite B-sides, and why?

“Well first, I enjoy Moonlight very much. It’s a fleshed out EDM track, it reminds me of UP10TION’s Blue Rose and Seventeen Lilili Yabbay. One of my favourite songs of all time is Dancing in the Moonlight by the Toploaders and I appreciate the shoutout to it. The whole song is me awaiting the guy singing “Dancing in the moonlight.” I also enjoyed the limited but appreciated harmonies, thought you really have to focus your ears to hear them. The instrumental changes a lot and keeps you interested.”

“I also like Dangerous a lot. It feels like it could be an Original Soundtrack for a James Bond movie. Thinking about James Bond, god, this would have made such a good title track with a spy or agent concept. And they would be in nice suits. I am in tears at the wasted potential.”

Do you think that the music video makes up for the obnoxiously loud title track, at the very least?

“I do like the filmography in My Turn’s music video with all the speed changes and zooming. It reminds me of P1HARMONY’s Siren. Actually, the music video is so good that I’m convinced they planned it out first and then made a lackluster song to back it. Oh, and the music video also reminds me of X1’s Flash because they both look like Singtel ads [the largest mobile network operator in Singapore]. I really like the music video, nonetheless.”

Is there any music video image that you’re particularly fond of?

[I fast forward the music video to 2:30, and of course, Wonjin Ham shows up on the screen. He’s sitting on the motorcycle and taking off his helmet in a way that would make you think that he is the attractive love interest in a late-20th century ripoff Bonnie & Clyde movie. I shoot Jiong a withering look.]

When I thanked Jiong for the interview, he said that it was his pleasure, and that he was always happy to criticize fourth generation boy group music. He thanked me for giving him an outlet in which to express his opinions.
“I also like Dangerous a lot. It feels like it could be an Original Soundtrack for a James Bond movie. Thinking about James Bond, god, this would have made such a good title track with a spy or agent concept. And they would be in nice suits. I am in tears at the wasted potential,” said Jiong.