‘Collapsed in Sunbeams’ : A Coming of Age Album That Speaks on Quiet Pain and Gentle Love

For lovers of Phoebe Bridgers’s words, Clairo’s falsetto, and Jorja Smith’s lo-fi beats, this album is for you. 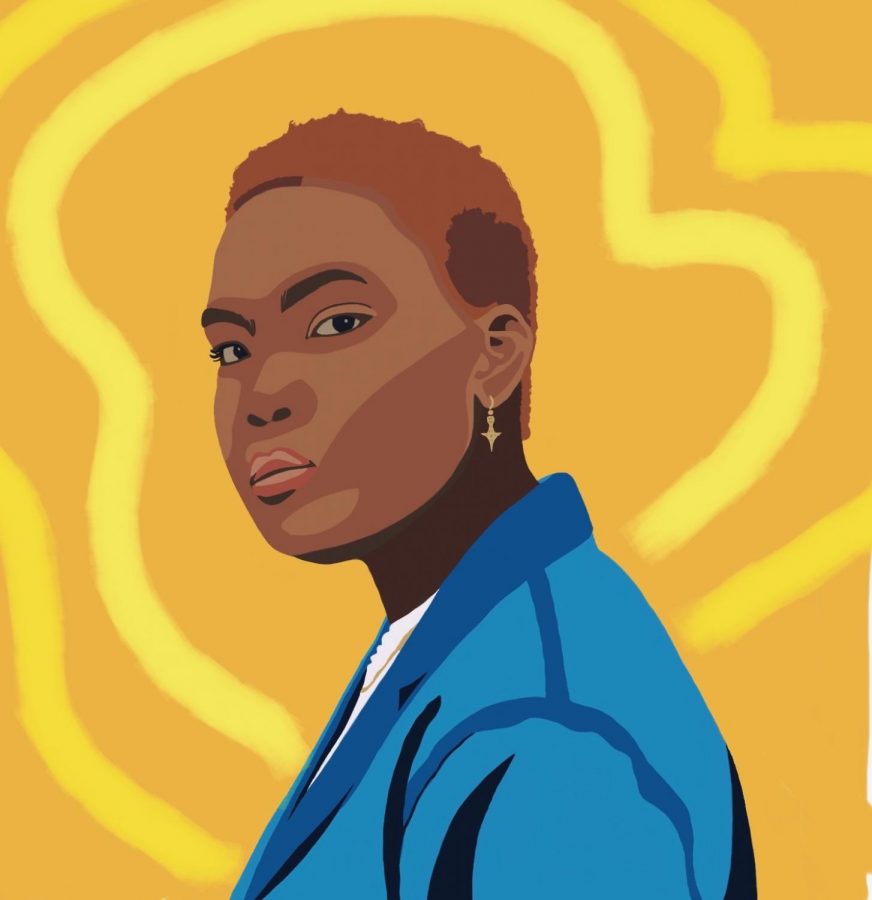 Inspired by writers spanning from Audre Lorde to Sufjan Stevens, the west Londoner’s songs are both mature and visceral, breaking the barrier of the “bedroom pop” genre.

“At this hour the light extended itself even further, beyond the breakfast table, through the hall, to the lesser of their two living rooms. Here a bookshelf filled with their oldest paperbacks kept company with a suede beanbag and an ottoman upon which Murdoch, their dachshund, lay collapsed in a sunbeam.”

From Zadie Smith’s novel On Beauty, this excerpt paints an idyllic image of home: a space for youth, growth, and love. These themes, paired with the passage’s aura of radiance, equivalently shine through in its namesake Collapsed in Sunbeams, the debut studio album by Arlo Parks.

Born as Anaïs Oluwatyin Estelle Marinho to a Nigerian father and Chadian-French mother, the 20-year-old has forever been molded by the stories of her adolescence. Whether it was in the form of her original short narratives emerging from her family home in west London, or Sylvia Plath’s poetry in Ariel, the formative book she received when she was fifteen, literature has always been at the forefront of the singer’s life.

Written in the same bedroom that fostered her high school spoken-word poetry and GarageBand lo-fi beats, Parks’s 12-track album is a vehicle that delivers her bookish personality to her listeners, as naturalistic tales and Plath-like hyper-specific imagery is interspersed throughout. Parks sings of a “fight between an artsy couple” whose “strawberry cheeks flushed with defeated rage,” over a funk R&B drum beat in Caroline, and in the tranquil For Violet, she addresses a childhood friend who was stuck in an abusive household — “I could picture terror swirling in your iris,” she remembers.

Parks has a distinctive talent of taking these painful parts of coming of age —  strained parental relationships, and emotionally-charged fights with loved ones — and describing these situations with such romantic language that they remain unique to her experiences while being familiar to young people everywhere. Her love for obscurely named characters facilitates her stories, as she sings “Oh, when I see you smile with your teeth at Eugene, I can’t deal,” candidly lamenting over falling in love with her straight best friend in one of the album’s most popular tracks.

As a bisexual Black artist, Parks does not generalize or commodify her experiences into digestible language to explain her identity. Rather, she sings of memories that are true to her and therefore effortlessly resonate with those in shared communities. In Green Eyes, featuring airy and angelic harmonies from fellow Indie artist Clairo, Parks reaches out to an ex and acknowledges that their relationship only “lasted two months” due to the latter’s struggles with internalized homophobia, but appreciates little moments they shared together, like “eating rice and beans” on a summer day. “Green Eyes describes the real fear that queer people have showing their true selves in public places,” said a senior, who asked to remain anonymous. “There is always this underlying anxiety that eyes are always on you, people are always watching, and that something about you is ‘fundamentally wrong’ — but Park’s lyrics ultimately express that queer relationships are genuinely a beautiful thing,” she said.

The entire album is embedded with written images that similarly capture personal moments in Arlo Parks’s life — a method of songwriting inspired by Frank Ocean, one of the singer’s favorite artists. Her use of color imagery is striking; “Sunspots in your eyes, dark green,” is mentioned in the catchy and upbeat Too Good, and the words “Wearing suffering like a silk garment or a spot of blue ink,” are spoken over a jazzy chord progression in Hope. The spoken-word verses that traverse many of the songs are warm and intimate, and the prose dazzles. The album’s opening and title track takes upon this style, as Parks sings, “Collapsed in sunbeams, stretched out open to beauty however brief or violent, I see myself ablaze with joy, sleepy-eyed,” over a vintage vinyl crackle that resembles a sputtering fireplace.

Although Paul Epworth, one of Adele’s producers, collaborated with Parks on a few of her songs, the similarities between Collapsed in Sunbeams’s tracks and Adele’s belted pop anthems end here. Parks’s rich British accent is prominent, much like Jorja Smith, and she does not attempt to reach the stars with her voice like her friend Phoebe Bridgers. Instead, her sweet sultry voice carries listeners through the shuffling backbeats and the various groove basslines that underlie the tracks. While Gianluca Buccellati’s production collates an album that has notes of everything from indie-pop to neo-soul, it is the stellar songwriting that made her gain the title of the “Voice of a Generation.”

While issues of depression and unsupportive parents have plagued people for centuries before the arrival of Generation Z, many young people today consciously focus on de-stigmatizing mental illness and breaking cycles of avoidance practices. Arlo Parks mirrors this, as her lyrics speak vulnerably and openly about mental illness. In Black Dog, a track NME has called “the most devastating song” of 2020, Parks crafts an ode to a friend suffering from depression. “Just take your medicine and eat some food — I would do anything to get you out your room,” she sings. “Arlo illustrates what it’s like having someone close to you suffer from mental illness so perfectly,” said Sylvia Maxwell ’21. “It struck close to home, how she writes about feeling obligated to help ‘get [them] out of [their] room,’ but not being able to conquer what their ‘mind can do for no reason,’” she said.

Yet the quiet pain that Parks sings about is balanced by the gentle love that she returns to those around her, so much so that the songs will touch your heart — but never break it. Her penultimate track Bluish is poignant, as she says, “I got so claustrophobic, but you were never close enough,” but is immediately followed by Porta 400, a bright album closer that repeats, “Making rainbows out of something painful.” As the snow slowly melts from our cities and it seems like this year-long winter is approaching its end, Arlo Parks reminds us of what it means to be human, to love, and to feel warmth and hope once again.

To listen to Collapsed in Sunbeams on Spotify, click HERE.
“There is always this underlying anxiety that eyes are always on you, people are always watching, and that something about you is ‘fundamentally wrong’ — but Park’s lyrics ultimately express that queer relationships are genuinely a beautiful thing.”