A Preview of Exciting Upcoming Movies and T.V. Shows

What are some of the most anticipated movies and T.V. shows that will be released in 2021? 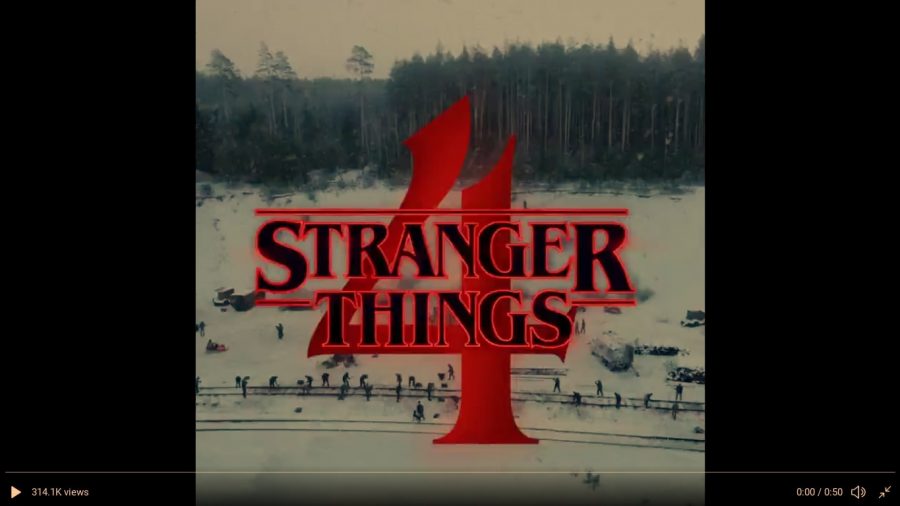 A trailer of 'Stranger Things Season 4,' was recently released on Twitter by 'Netflix.'

One of Bronx Science students’ favorite pastimes is watching different movies and T.V. shows, especially during the Coronavirus pandemic, so it is no surprise that students are excited about upcoming releases. Please be aware that there may be spoilers ahead.

Detective Chinatown 3: According to IMDb, Detective Chinatown 3 released on February 12th, 2021 and is about “A major crime occurs in Tokyo when detectives Tang Ren and Qin Feng are invited to investigate the crimes of Noda Hiroshi. A battle between the strongest detectives in Asia is about to break out with bursts of laughter.”
To All the Boys: Always and Forever: According to Netflix, ‘To All the Boys: Always and Forever’ released on February 12th, 2021. This is the third installment in the series and the summary is as follows: “Senior year of high school takes center stage as Lara Jean returns from a family trip to Korea and considers her college plans — with and without Peter.”
Fear Street: ‘Fear Street’ is expected to be released in the summer of 2021 on Netflix; it is described as, “‘The Fear Street saga starts in 1994 with a group of teenagers investigating a spooky series of events in their small Ohio town called Shadyside and from there, it covers three different time periods – including the 1600s.”
Spider-Man 3 – Spider-Man: No Way Home will be released on December 17th, 2021.

Fans can also anticipate a continuation of T.V. shows like ‘Stranger Things’ and enjoy new ones like ‘Shadow and Bone.’

Manifest Season 3: “There will be a time jump of roughly three months following the finale, with Ben and Saanvi focused on finding out more about that aeroplane tailfin which was unearthed – one of the biggest season two bombshells was the reveal that part of the plane for Flight 828 had been lying at the bottom of the ocean the entire time.” This show will premiere on April 1st, 2021 on NBC.
Shadow and Bone: “Sinister forces plot against a young soldier when she reveals a magical power that might unite her world. Based on Leigh Bardugo’s Grishaverse novels.” The show will release episodes starting from April 23rd, 2021 on Netflix.
Stranger Things Season 4: ‘Stranger Things’ first started out as uncovering a mystery surrounding a small town that involves secret experiments and supernatural forces. In season 4, the adventure continues with new dangers surfacing. The release date is currently undetermined but may be around late spring 2021 on Netflix.

These movies and shows listed are only a fraction of the upcoming ones of 2021. You definitely want to keep an eye out for these highly anticipated movies and shows this year!
One of Bronx Science students’ favorite pastimes is watching different movies and T.V. shows, so it is no surprise that students are excited about upcoming releases.