This Is the Way: A Star Wars Revival

Disney’s 'The Mandalorian' has been a huge hit among viewers, offering a different perspective into the Star Wars universe. 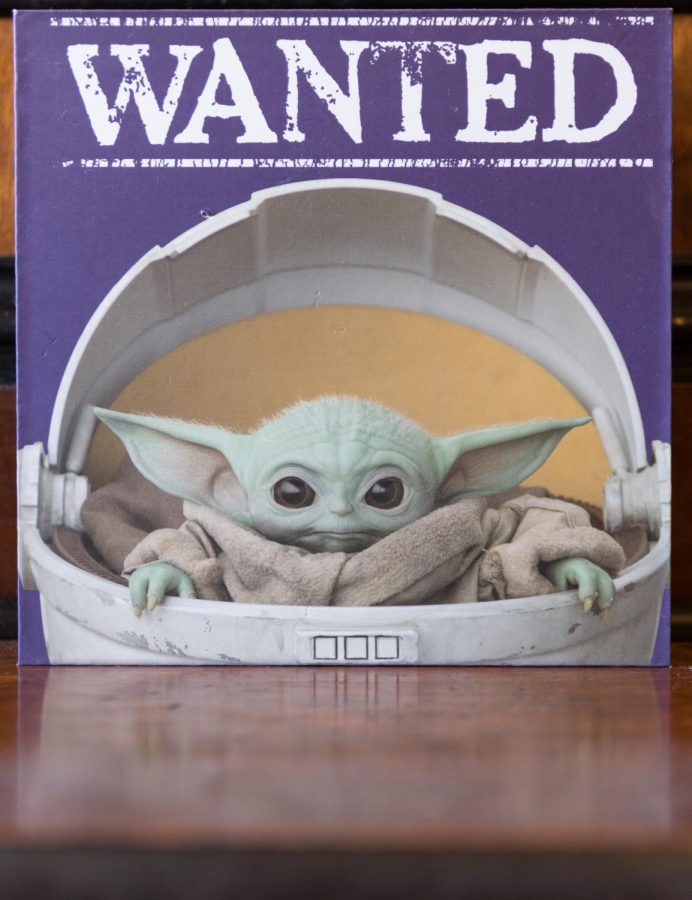 'The Mandalorian' is a huge hit among Star Wars fans.

I will be honest –– I am a huge Star Wars fan. Although the films were not released in my generation, I instantly fell in love with the original trilogy, eventually transitioning to the prequels and multiple animated series. However, the new Disney trilogy has been more of a hit-or-miss for me (with the exception of Rogue One and Solo, both of which are criminally underrated), but The Mandalorian sticks out as a uniquely captivating story that does an incredible job of connecting the Star Wars universe.

The story of The Mandalorian takes place five years after the events of The Return of the Jedi and twenty-five years before The Force Awakens. As a result, viewers experience a galaxy in shambles as remnant factions of the Empire compete for power while the governing New Republic struggles to maintain order. In sense, The Mandalorian is a Space Western set in the wild west of the Star Wars universe. Played by Pedro Pascal, the protagonist Din Jarin, a Mandalorian bounty hunter nicknamed ‘Mando’ for short, is our stereotypical Clint Eastwood and John Wayne. Fighting against the evil forces of the Empire, our hero gunslinger desperately tries to return a child named Grogu (dubbed ‘Baby Yoda’ and ‘The Child’ by fans) back to any remaining Jedi (that is all I can say before spoiling too much).

Each episode –– anywhere between 25 to 40 minutes long –– is well-paced and easy to digest. They possess their own mini-adventures, usually containing scenes of Mando and Grogu hopping from planet to planet as they encounter new friends and foes. Many fans will be pleasantly surprised to see our crew interact with characters from the animated series The Clone Wars, and die-hard followers will easily spot the connections to the rest of Star Wars canon.

Yet, The Mandalorian is not only thrilling because of what it adds to Star Wars, but also how approachable it is to the ordinary viewer. Instead of relying on the huge big-screen storylines, The Mandalorian takes the basic Star Wars theme of good versus evil to create an easily understandable plot. Like A New Hope, the original Star Wars movie, there is no complex backstory with dozens of films that are crucial to your understanding of each scene. Who are Jedi? What is The Force? What is the Empire? You just accept the aliens, space battles, and conflicts as the “normal” in this universe, and learn as you go.

Unlike A New Hope, though, The Mandalorian is not a big-box Star Wars blockbuster. Budgets are smaller, production is constrained, and the cast is limited, but that just may be its biggest strength. In total, there are over 10 hours of runtime, more than the sequel movies combined. As a result, there is the opportunity for deeper character development and richer storytelling. Viewers can better understand the characters on screen, and there is ample time to let each character grow.

Like a typical Western, The Mandalorian gets up close and personal with living in the lawlessness of the galaxy’s outer rim. Mando is quiet and calculated, with his actions speaking much louder than the dialogue. With every episode, a layer of humanity is revealed behind his helmet, and our hero slowly chips away at his cold, bounty hunter code. Dozens of these individual moments would never make it to the final cut of a huge movie.

The environment is also uniquely tattered and physical –– a departure from the monumental visual effects of the movies. Do not get me wrong, The Mandalorian has excellent CGI, but the show has a more tactile and tangible feeling to it. The typical bright-white armor of stormtroopers is dirtied and scuffed, a symbol of the destroyed Empire. Spaceships are damaged and covered in soot, and the designs themselves are very industrial and rugged. Take a look at Mando’s armor — it is a mixture of leather, cloth, and weathered beskar steel. Even some of the planets our hero visits are bleak and polluted. A step away from the original films, there is no grand plan to destroy the Death Star or restore justice to the galaxy. Our hero is simply trying to survive in a broken world while protecting a seemingly defenseless child.

Even the show’s distinctive score is a deviation from the fanfare of the movies. Created by renowned composer Ludwig Göransson, the production brilliantly captures the essence of Star Wars while sneaking in elements of classic Western films. It is much more subtle and subdued, making it the perfect fit.

So, is The Mandalorian a perfect show? Absolutely not, but it feels like one created by fans for fans. It is accessible and unique, offering a breath of fresh air from the huge big-box movies. It continues to embody George Lucas’s original vision, and whether you are a first-time Star Wars fan or long-time follower, it is well worth your time.

To watch The Mandalorian on Disney + (subscription required), click HERE.
So, is The Mandalorian a perfect show? Absolutely not, but it feels like one created by fans for fans. It is accessible and unique, offering a breath of fresh air from the huge big-box movies. It continues to embody George Lucas’s original vision, and whether you are a first-time Star Wars fan or long-time follower, it is well worth your time.