A Historical Tour of a NYC Neighborhood: Bayside

A stroll through the past of the NYC neighborhood with a small-town feel. 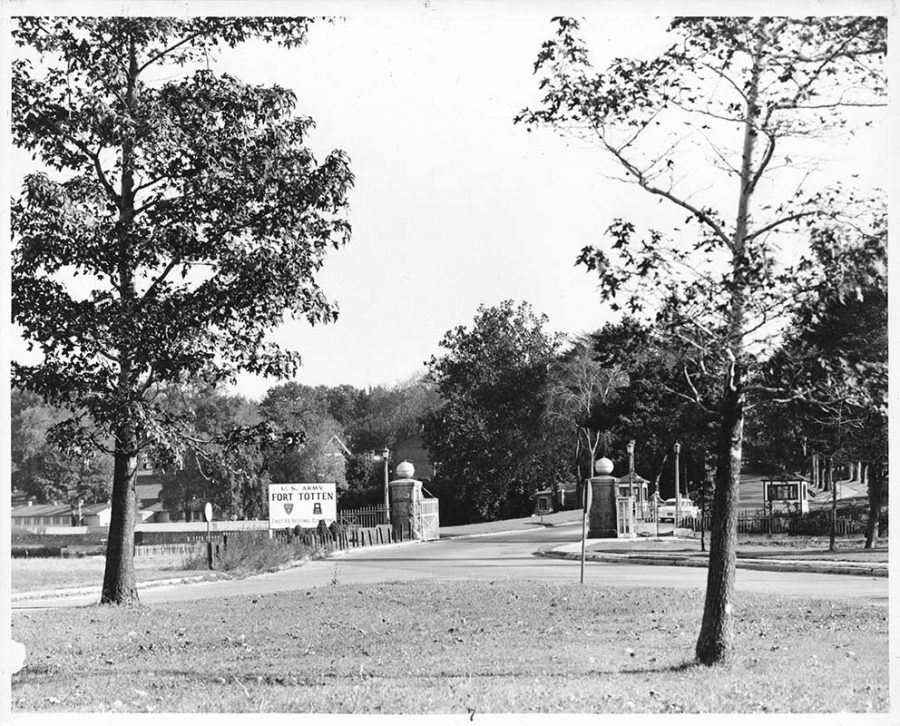 Bright lights, Times Square, and subway cars — the Big Apple and the city that never sleeps. Even as someone born and raised in New York City, I find myself caught in the glitz and glamour of the trendier parts of town, exploring the streets of Manhattan with friends every weekend. But when COVID-19 hit, the bustling streets of Flushing and Midtown Manhattan that I frequented became unsafe. I found solace in the history, architecture and scenery in the smaller neighborhoods of New York. I started taking more walks around Bayside, where I grew up, and with each walk that I take in the present, I become more engrossed in the past.

Bayside, most often associated with the many restaurants on Bell Boulevard and the Bay Terrace shopping center, is a big city neighborhood with a small town feel. Tucked away from the tall buildings and the concrete of New York City, Bayside’s scenery and suburban atmosphere feel like a breath of fresh air. “Bayside gives you easy access to restaurants and the rest of the city all while feeling like a small town compared to the rest of New York,” said Alina Chan ’21.

The land that Bayside occupies once belonged to the Matinecock Native Americans, one of the thirteen Native American tribes that inhabited Long Island. Bordering Bayside is Little Neck Bay, which served the Matinecock as a food source and a place where they found shells to make wampum, a form of currency. After the Dutch acquired the area, it was mostly farmland through the 17th and 18th centuries. It was not until the late 1800s and the early 1900s that Bayside began rapidly developing as a result of newly installed railroads.

While I had always known about the presence of Fort Totten, the thought to go inside had never crossed my mind. Each trip that I took to the park neighboring the fort, I was too distracted by the rats dashing between the jagged rocks of the jetty protruding from the shore to notice the welcoming gates of Fort Totten. But one day, on one of my quarantine walks, I finally decided to wander through the entrance of the coastal defense fort turned park and training center, and I encountered some of the best scenery in Bayside and a time capsule of old buildings.

While strolling through the large stretches of grass at the fort, I felt the light breeze as I listened to the sound of the ocean splashing against the rocks. I saw the past of Fort Totten reflected in the architecture scattered across the grounds. While some of the buildings are more well preserved than others, I still caught a glimpse of the former glory of the abandoned, dilapidated structures. Buildings all around me were constructed in the Colonial, Gothic, Romanesque, Neoclassical, and Queen Anne Revival styles.

The history of the fort starts in 1639, when the land was acquired from the Matinecock tribe by the Dutch. After that, the land was passed around from one private owner to another until it was purchased by Willets Point’s namesake, Charles Willets, in 1829. In 1857, the land was purchased by the United States government as a part of their plans to develop a coastal defense system for New York. After initial plans for the fort were made by Confederate Captain Robert E. Lee that year, before the Civil War, construction for the fort began in 1862. The fort was later named after General Joseph Totten, the longest serving chief engineer during his time. While Fort Totten was originally tasked with defending the eastern side of the New York Harbor, fighting in the Civil War led to rapid military advancements, causing the fort to become too outdated to be used as a defensive structure. Over the years, the fort has housed various military schools and headquarters such as the Eastern Artillery District Headquarters in 1901 and the Electric Mines and Army School of Submarine Defense in 1921. The fort currently serves as a U.S. Army Reserve post and a recreational park.

After my encounter with the history tucked away at Fort Totten, I started discovering new bits and pieces of history all around Bayside. I have frequently visited the conjoined Crocheron and John Golden Parks, which are usually just called Crocheron Park. While the park is not the largest in Queens, the lush green space houses multiple baseball fields, a tennis court, a playground, and my favorite part — a pond. Golden Pond is a shallow kettle pond, meaning it was left behind by glaciers after the Ice Age; it serves as a home to ducks, geese, swans, and turtles. In my visits to the pond, I began wondering: Who is John Golden? Why is there a park named after him? Why is the park named Crocheron Park? Why are the houses that surround the park so excessively large? The answers to these questions led me down yet another rabbit hole of history.

Before Hollywood, there was Bayside. During the era of silent films in the 1900s, when the film and stage industry had a major presence in New York City, the neighborhood was a vacation spot and home to many actors and producers. Some notable residents include Norma Talmadge, Paul Newman, Rudolph Valentino, Theda Bara, and Gilda Gray. Theater performers and actors were drawn to the neighborhood’s appeal as a place to relax and rest with its yacht club, the golf courses, hotels, and the grand estates. One of these hotels was the Crocheron House which sat on the land where the present day Crocheron Park is located.

The land of John Golden Park was once the estate of the famous Broadway producer John Golden. While he was still alive, his estate was always open for members of the community to gather and enjoy. Upon his death in 1955, Golden left his entire estate to the city so that they could create a park “for the use and enjoyment by the young people of the community of all races and creeds in a manner similar to that in which I made this property available for recreation and community acts during my lifetime.”

Alongside the park is Corbett Road, which was named after the World Heavyweight boxing champion, James J. Corbett, who resided on the street with his wife prior to his death. In its prime, Corbett Road was home to many other celebrities.

Besides Fort Totten, Bayside is filled with houses and churches of different eras and styles. Tudor-style houses, with their steeply-pitched, gabled roofs, and half-timbering are common. As this style is more expensive to build than other types of houses, Tudor-style houses fizzled out after reaching peak popularity in the 1920s-1940s in wealthy suburbs. But over the past few decades, the antique architecture and the small town atmosphere that make Bayside special are being threatened. “There has been an increase in land use in Bayside via density and zoning. Additionally, there has been a continued loss of prewar housing due to demolition, with new constructions taking over the old,” said Paul DiBenedetto, Board President of the Bayside Historical Society. “These changes are always challenging our quality of life as a suburban community within NYC.”