How ‘Soul’ Puts Our Current Troubles in Perspective

Disney and Pixar’s latest film, ‘Soul’ is both timely and timeless. 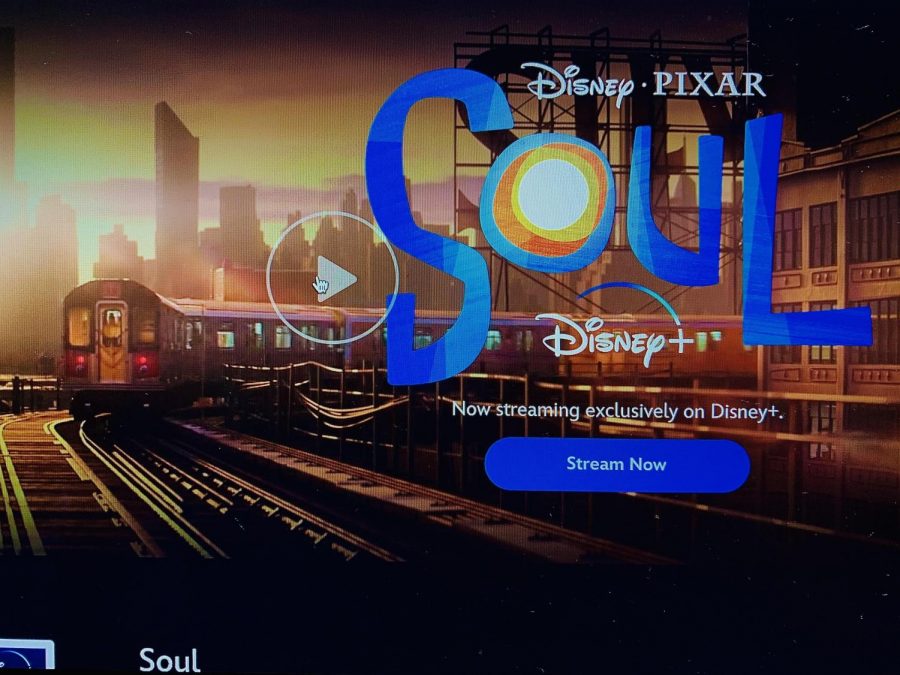 Though ‘Soul’ has not been released in theaters, the movie has still had an incredible cultural impact upon the world.

By the end of 2020, many people were left disillusioned and disheartened due to the ongoing Coronavirus pandemic. People had come to expect disappointment each time they checked the news. Fortunately, many people were able to end the year on a more positive note due in part to the release of ‘Soul’ on Disney+.

Like many of Disney and Pixar’s other works, the film is masterfully created with gorgeous visuals and a heartfelt plot that captivates audiences in its vibrant story. The movie is unique because even though it does contain many elements typically attributed to Disney and Pixar films, it takes a different approach in conveying its message, relying heavily on the timeliness of its story.

‘Soul’ follows Joe Gardner, a middle school band teacher with lofty aspirations of making it big as a jazz pianist. He believes that he is born to be a jazz musician and that his life will truly begin once he achieves that dream. That is, until he dies just before landing his big break playing with jazz legend Dorothea William’s quartet. Throughout the remainder of the runtime, he endeavors to find his way back to the land of the living. Along the way, he runs into Soul no. 22, who adamantly refuses to be born on Earth, and their ensuing journey forces both of them to question what they have always believed.

In the opening scene of the movie, Joe Gardner tries to explain his passion for music to a classroom of middle school students, only to be met with blank stares. It is at this point that viewers realize that the target audience of ‘Soul’ is not young children. Joe constantly learns about this meaning of life from his misadventures throughout the movie. Though the film is still family-friendly, ‘Soul’ is geared towards an older audience. “It has more serious and existential themes than previous Disney and Pixar movies,” said Justin Cheng ’23. Younger audiences may still enjoy the film because of the beautiful visuals, a Golden Globe-nominated original score, and lively characters; however, they may not appreciate Joe’s growth since much of the appeal stems from the story’s relatability.

‘Soul’ also happens to include Pixar’s first African American lead. While the movie does not focus heavily on Joe’s culture, this is still an important milestone for Disney and Pixar. “The story didn’t revolve around Black culture; instead, Joe just happened to be a main character who was Black,” said Kevin Liu ’24. Though ‘Soul’ does not delve too deeply into African American culture, it opens the door for other movies to do so.

The inclusion of existential themes and more African American representation in ‘Soul’ is quite fitting given the time period during which it was released. By December of 2020, the Black Lives Matter movement, which has been advocating for racial justice since 2013, was in full swing, and the majority of people had been isolated for upwards of nine months, giving people ample time to contemplate the trajectories of their lives and the state of the world around them. “I think current events put the movie into perspective, since a lot of people recently have been having existential thoughts due to the pandemic and the other terrible things that have happened since last year,” said Liu.

‘Soul’ comes at the perfect time, serving as a comforting reminder that everyone experiences such thoughts and urging people to remember that life is as meaningful as you make it. It encourages a shift in mindset from obsessing over missed opportunities and important events to relishing every aspect of life and finding meaning in the little acts, which is an incredibly valuable message given the unpredictability of our current times. ‘Soul’ is “a good reflection of how 2020 changed people’s perspectives,” Cheng said.

Even after 2020, ‘Soul’ will likely continue to be a popular film because of its easily relatable themes and characters, joining the ranks of many of Disney and Pixar’s timeless films. ‘Soul’ is the type of movie that you can watch over and over and still find something new to appreciate each time.

If you would like to watch ‘Soul’, it is available to stream on Disney+ (subscription required), HERE.
‘Soul’ comes at the perfect time, serving as a comforting reminder that everyone experiences such thoughts and urging people to remember that life is as meaningful as you make it.