Was the seven year wait worth it? 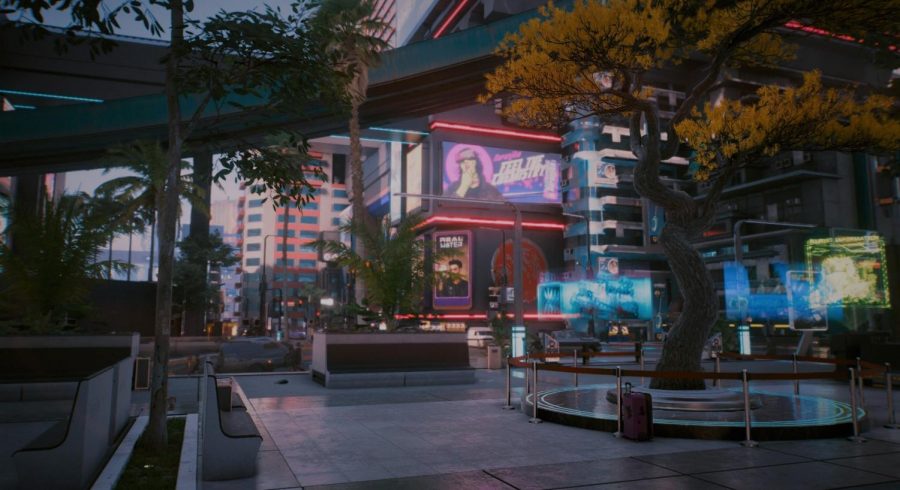 The stunning and immersive nature of 'Night City' creates beautiful views of the futuristic city.

In early 2013, we received our first look at what was said to be a brilliant, immersive, action-packed video game based on the table-top roleplaying game, Cyberpunk. The game instantly garnered attention for its futuristic premise and setting.

The surrealistic Night City lingered in the imagination of many people, which only grew with E3 2018, where we saw a teaser of our playable character and more about the setting and people we might find. From proletariats with high-tech weaponry to people that were essentially machines, the possibilities were endless. Additionally, the atmosphere and models looked realistic and modern, a sign the game would be using the most up-to-date technology and look similarly stunning to comparable technologically-advanced games at the time.

The final builder of excitement for the game was E3 2019, where the final major teaser trailer was released. If you have not purchased the game yet and want to play it without knowing what is to come, this trailer does slightly spoil one of the beginning plot points for the game. It is heavily focused on introducing the story and introducing teasers for some of the characters.

The hype behind Cyberpunk 2077 took off instantly; players were eager to play this game. However, these potential players would soon be disappointed, as Cyberpunk 2077’s release date was quickly pushed back three subsequent times for a total of roughly nine months. The many delays only made the gaming community anxious for more release dates, with many community members joking about the next possible set-back in the game’s production.

Cyberpunk 2077’s fanbase continued to grow as the game won awards before it was even released to the public. Cyberpunk 2077 won five awards at Gamescom 2020, including major awards such as “Best PC Game” and “Best Role-Playing Game.” It even won the top prize of the event, the “Best of Gamescom” award. This is most unprecedented, considering that these awards were presented in August 2020, four months before the game was even released.

Years of promotion and build-up finally culminated in the initial release date on December 10th, 2020, where Cyberpunk 2077 was received with somewhat mixed reviews. Beware of spoilers from here on out. When the game begins,  players are allowed to customize their characters and choose their ‘lifepaths.’ ‘Lifepaths’ allow players to decide the origins of their character. Their choices included becoming a young street dweller of Night City, a nomadic outsider from outside of Night City, or a rich corporate agent who has made it to the top of the city’s food chain.

The player plays as a mercenary named V (an alias for Valerie/Vincent, since the character’s gender is customizable) who finds him/herself in a mess of problems due to a heist job he/she undertook in a quest to receive a little fame and glory. What was meant to be a simple “in-and-out” heist quickly went wrong, with one of the biggest corporate leaders passing away in the process. The main plot revolves around what happens after this big event and the many problems that it created.

Cyberpunk 2077 presents its player with a stunning world of color and creative designs that allow the imagined world of the city to stand out as unquestionably unique. The world has many different districts with different influences, whether it is with the presence of one of the many gangs in the city to the presence of rich investors. The game excels at this approach to world-building. “It was such a massive and immersive experience that I often got lost in the actual universe itself. The atmosphere, in general, was just something I haven’t seen before in a video game,” said Avery Pratt ’22.

One of the best parts of Cyberpunk 2077 is simply exploring the districts and neighborhoods. Each district contains different dominant gangs and subcultures. For example, the Westbrook district is considered an “elite” district due to its wealthy reputation. It also contains Japantown, a sub-district that contains lots of Japananese-inspired content for the player to explore. Westbrook is also dominated by the Tyger Claws, a Japanese-inspired gang. “Each neighborhood was thoroughly developed and felt as if it had its own character,” said Pratt.

Additionally, most of the characters in Cyberpunk 2077 are relatively fleshed out and easy to get attached to. They are also incredibly well voice acted and have well-written dialogue that truly develops their characters.

The player’s main partner in crime, Johnny Sliverhand, is a well-written character that is particularly charming. Early on in the plot, Silverhand is put inside the player’s head, appearing as a hologram to only the player. Quickly, the player learns that due to Silverhand being in their head, they will soon expire. This immediately makes the situation tense for the player’s relationship with Silverhand, as the player also learns that, if they are too late, Silverhand could unintentionally take control over their body, erasing the player from existence. Depending on the dialogue choices made by the player, his part in the player’s life could range from being best friends to being belligerent rivals. Either way, the character provides an amazing foil to the player. Additionally, he is also voiced by Keanu Reeves, which is a treasure in itself.

Other characters that are not generally plot-relevant such as the four possible love interests for your playable character are also very well fleshed out in their optional side quests. Some of my personal favorite moments from the game were completing missions for these characters, as they all had fun game play, as well as interactive dialogue that made each character full of life.

Each optional quest had creative endeavors as well, such as a revenge quest to take over a corporate building. The side quests truly created a fun buffer from completing the main story.

The general gameplay outside of the main plot and side quests are bland; the environment is definitely not what an open world should be based around. The game has repetitive mini-quests that more often than not just involve fighting a group of people and receiving a reward. The vibrant environment does not match the small number of things you can actually do in the city without repeating the same formula of events. Many doors are “locked” and the player cannot access houses or almost anything besides shops, which is very disappointing. “The side quests and item collection elements got a bit tiresome, and I eventually lost that initial spark,” said Pratt.

Character perks and abilities are also not very impactful; the game presents a system that allows the player to optimize their preferred playing style. In theory, the player could pick a playing style that involves stealth and hacking, or one that is more head-on with heavy combat. This was, unfortunately, executed poorly, since many mechanics in stealth gameplay are overlooked in usefulness in comparison to the head-on playing style. Overall, the game is very unbalanced depending on what playing style you wish to customize, making the whole system obsolete.

One of the biggest complaints is the AI for the games’ enemies, which is downright horrendous most of the time. In the game you can, of course, commit crimes, whether it is done on purpose or by accident. When players commit a crime, they are then notified that they are on police watch, which signals that the police AI is after the player. Although, when this is signaled to the player, the police AI appears instantly, right next to the player. This is incredibly unrealistic and odd, considering that there are systems implemented in other similar open-world RPGs where AI tracks the player over time.

Cyberpunk 2077 could also not be discussed without mentioning the many bugs that the game had upon its first release. From being thrown 400 meters for breaking a window to seeing NPCs stand inside cars, the game truly has it all. Player and NPC models clip through the sides of walls, many textures overlap one another, and cars (with or without the player in them) have a tendency to go flying.

It is both hilarious and sad that a game that had nine extra months of development had so many easy-to-catch bugs on release. While going through my own ‘play through,’ there were many problems with my character going bald from wearing hats, getting thrown from vehicles, and occasionally being launched into the air.

There are a few theories on what went wrong with the development of Cyberpunk 2077, a lot of which revolves around the fact that Keanu Reeves requested to have a bigger part in the game on the basis that he really enjoyed the story and his character. Of course, the developers did not pass on the opportunity to give Keanu Reeves a starring role as a featured cast member. This led to the story having to be rewritten to allow the infamous Johnny Silverhand to have a bigger role in the main plot. Because most of the team now had to focus on making the new story work in a short time frame, this left little time to sort out the smaller features of Night City or to fix major bugs.

Another idea was that the developers of the game wanted Cyberpunk 2077 to be pushed back again to fix more bugs, but the corporations that funded the game’s development wanted it to be released before Christmas 2020, in order to increase sales.

Either way, it is sufficient to say that the game did not live up to its hype in a technical way. It is up to the individual player to decide if the story was sufficient or not. For me, I was invested in the story, but it was definitely not the best game that I have played, especially compared to other RPG games that are much more story-driven. Although Cyberpunk 2077  was still entertaining, I enjoyed exploring Night City and using some of the ‘jumping upgrades’ in order to use my newfound mobility as a way to explore the city from the roofs or to just run around to see the sights.
“Cyberpunk 2077 was such a massive and immersive experience that I often got lost in the actual universe itself. The atmosphere, in general, was just something I haven’t seen before in a video game,” said Avery Pratt ’22.