We’re Not in ‘Candy Land’ Anymore

The Board Gaming renaissance and where the art form goes from here. 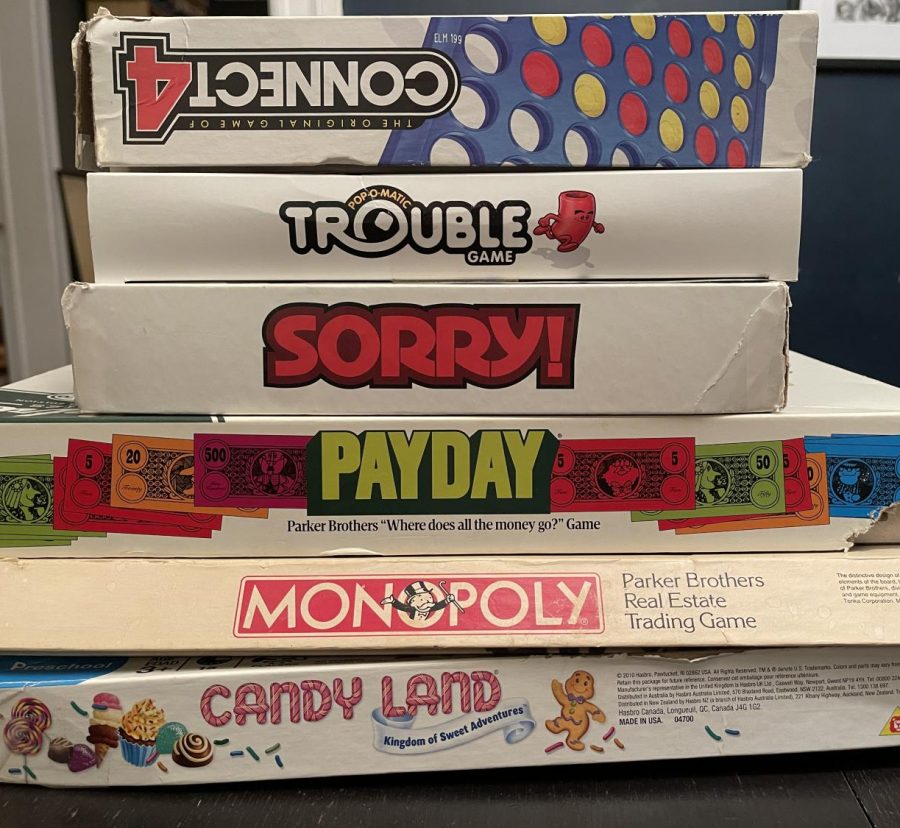 " I love board games such as Monopoly because of their simplicity," said Arianne Browne '22.

Things are changing in the world of board games. They have been changing for a long time, and most people do not even know it.

In recent years, there has been a large quantity of good board games being released from large companies and small developers alike.  But where does the medium go from here? For many people, board games are institutions of childhood, and places like The Licorice Lagoon or Vermont Ave. have been permanently etched into the public zeitgeist by Hasbro and Parker Bros.

The history of board games is long and storied, and many of the games that people played in ancient times like Go and Chess remain prominent today.  But within the last 20 years, board games that rival those ancient classics in terms of strategy, story, and artwork have been coming out of seemingly nowhere.

For me, the novelty of typical childhood board games wore off quickly. These games are simple by design, and as children grow up, they often become little more than fond memories. However, there is another type of board game that runs parallel to the popular childhood romps, but has been known to push the medium to places far past the multicolored lanes of a game of Sorry.

These are modern board games. They are larger, take time to learn and even longer to play, sometimes upwards of eight hours.  Some tell large, sprawling stories and some are more abstract.  Some are fiercely competitive the way that Monopoly is, and some are cooperative, and pit you and your friends against alien monsters and unknowable odds.  These games are diverse, but one thing is certain, they are far more than toys for kids.

But what makes these games so fun to play? “I believe that board games that take hours to play are so entertaining because you really have to think and strategize to gain rewards,” said Arianne Browne ’22.  This fact is especially true of some modern games, but it is a fact about board games that can be traced back to the origins of the medium.

Modern board games live at the intersection of pen and paper RPGs like Dungeons and Dragons and traditional childhood games that people have been playing since the 1930s.  These games are played on a table, yes, and many have the rigidity of Monopoly, but the complexity of rules and storytelling qualities of a good Dungeons and Dragons campaign.

But are games like this actually fun?  Well that depends on a multitude of factors. Like I said, these games are varied in style and structure, but to begin exploring the world of modern board games, there is one facet of the medium that you need to start with — Big-box games.

If you’ve heard of any big-box games, it is probably the one that many consider to be the father of the genre, Twilight Imperium.  Originally released in 1997, this massive game puts you and your friends in the shoes of an alien empire trying to conquer the galaxy.  The game has seen four increasingly opulent editions, with the most recent coming out in 2017, in a massive box overflowing with little plastic ships and stacks of exciting cards.

Many of these massive games fail to live up to the majesty of their own exciting components, but Twilight Imperium is the outlier, and I wholeheartedly recommend it for the depth of strategy it offers, and for the way it serves as an engine for creating memories for you and your friends.

Though large, imposing ‘miniature-fests’ are the face of board games that are presented to outsiders, games like Twilight Imperium do not represent the majority of good board games that get released.  Most games are more midsize, or even small, but still manage to retain the depth of gameplay that make the best big-box games appealing.

Games like The Mind, Mysterium, Boss Monster, Pandemic (I know), and even the immensely popular Catan all do a fantastic job of condensing the majesty of a large game into a smaller package, and they all offer something different for players of all kinds. These games take the formula of classic games like Candy Land and Monopoly, and follow through with it until it reaches its natural conclusion, adding twists and additional elements that have produced me hours of fun. But the games themselves are only half of the story.

For me, the most interesting aspect of the modern board games industry is not the games themselves, or the various design specifications that make them so fun to play. For me, the most interesting part about board games is the people who make them.  With the rise of crowdfunding platforms like Kickstarter, board games made by small teams of people and independent designers has exploded. Board games have been so successful on Kickstarter that a game called Frosthaven became the third most funded project of all time on the platform, raising over 12 million dollars from 80,000 backers.

This type of crowd support is not unheard of, but no one has made use of Kickstarter with the same vigor as up-and-coming makers of board games. This means that anyone with a vision and an internet connection can bring their idea to life with the support of the community, which is something that few other mediums can claim.

Time and time again, board games have proven to be as versatile as movies and video games, but the modern board gaming renaissance makes good board games easier to make, buy, and play than ever. With the world still very much in the throes of a pandemic, now is a better time than ever to pick up some new board games, get some friends, and start having fun.
Things are changing in the world of board games. They have been changing for a long time, and most people do not even know it.