‘In Wonder’: A Never-Before-Seen Look at Shawn Mendes

Amidst the closing and opening of guitar cases and the limitations of the throat, Shawn Mendes’ humble personality shines through his new documentary: “In Wonder” (spoilers included). 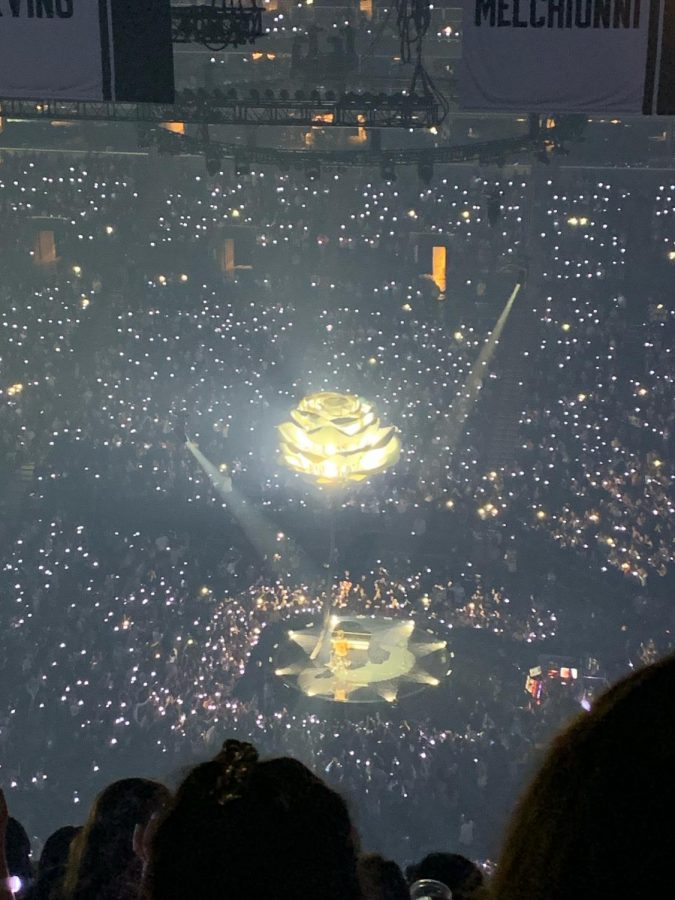 Luckily, Julie Lin ’21 scored seats to Shawn Mendes’ last tour, so she saw him perform live! So, while she loved the “snippets of the concert” in the documentary, she enjoyed the creative process more.

In preparation for the upcoming release of Shawn Mendes’ fourth studio album Wonder, Netflix released a documentary providing insight into Mendes’ life on tour, his album’s creation process, and his relationships. The impressive one hour and twenty-three-minute film was also executively produced by Shawn Mendes – a first for the twenty-two-year-old.

After “In Wonder” was released, the “Stitches” singer uploaded a Youtube video consisting of a Q&A, an interview with Alicia Keys, and the announcement of “Shawn Mendes: Live in Concert,” the concert film from his Rogers Centre performance. While most of these films and videos act as promotional material for the new album, they also reveal more of Mendes’ life as a musician. Elaine Wang ’21 agrees with this sentiment and thinks that the documentary “will resonate with the fans as they can relate to an idol on a more personal and deeper level.”

One aspect of the documentary is focused on the creation of Wonder. Throughout the film, the audience hears multiple melodies and lyrics from the album, as well as the finalized track “Wonder” — his first single. Our first peek into life at a recording studio is when Mendes and his crew of producers work on the first verse of “Dream.” While driving to his apartment in Toronto, Mendes connects his phone to the Tesla car’s speakers and plays an audio recording of the melody to “Always Been You.” We also see Mendes working with choir singers to create a beautiful harmony for “Teach Me How to Love.” The short scenes consisting of the producers and singers finding the perfect sound is a beautiful moment that ends with a powerful harmony.

“I love seeing Shawn get struck with inspiration with a tune or lyrics and seeing him work closely with other singers to produce music. He’s so honest about how he always has this fear of not living up to his fans’ expectations, but in the end, he produces music and sings because that’s where his passions lie,” said Julie Lin ’21.

Aside from the creative process, Mendes was also wrapped up in touring during 2019. The documentary includes clips from his shows in New York City, Mexico City, and Toronto, but the concert with the most impact that was shown in the film was his performance scheduled for the second night in Brazil.

While settling into his hotel in Sao Paulo, Mendes is perplexed when he sees fans running in front of his hotel (later he realizes that he posted a photo of the sunset from the hotel, tipping off his fans as to his whereabouts). The initial sense of annoyance transitions into feelings of second-hand embarrassment because of clips of overwhelmed fans approaching the twenty-two year old to convey how much he means to them. Soon after, dread sets in.

Mendes feels sick the day before his Sao Paulo concert. Cameras follow him to doctors’ offices, private conversations with his manager, and record the final decision: to cancel the show. After the decision making phone call, Mendes is left to break down in tears.

This is when the audience realizes the suffocating loneliness of life on tour. Outside the stadium, there are tens of thousands of heartbroken concert-goers exiting the stadium. Backstage, however, Mendes is left to ruminate on the cancellation alone.

The pensive and gentle music paired with a phone call with his mother during which Shawn Mendes is on complete vocal rest (due to his laryngitis) makes the viewer’s heart hurt. While crying over a missed performance may seem trivial, Mendes’ tears stemmed from disappointment and anxiety rather than something superficial. The feeling of letting 30,000 people down is overwhelming.

Some viewers were surprised by how disappointed and emotional Mendes was. “I knew he was a caring person from his interviews, but this really cemented his desire to make his fans happy,” said Lin.

However, later that evening, a wonderful display of love took place below Mendes’ hotel window. A chant of “Shawn, te amo” brightens the atmosphere. The previous couple of clips were quiet because of Mendes’ vocal rest, so the outburst of chanting was a beautiful way to fill the emptiness.

Artists are essentially nothing without their voices. It is what guides the performance. Fans expect artists to be primed and ready to perform when it comes to the day of their concert, but what they do not realize is that the artist has been performing the same setlist over and over again since the beginning of the tour. Singing for one to two hours exhausts singers’ vocal cords, but they know they need to put on the best show because it is the only time their fans get to see their favorite artist live. It may be Mendes’ 90th concert, but it could be a fan’s first. Lin believes that Mendes’ reminders to his squad before a concert “that every single time is magical” displays Mendes’ humility.

His authenticity shines throughout the whole documentary. During the interview segments of the film, Mendes explains that he does not consider his success to be solely his alone, but rather the success of all the people who have been there for him. “He has stayed pretty true to his roots, even with his fame, so it would be fantastic to hear an insider’s view of how he views his fame, instead of me viewing it as a fan,” said Lin.

Netflix’s documentary and Mendes’ supplementary Youtube videos demonstrate Mendes’ character and paint him as a role model for many of his younger listeners. These films gave his audience an avenue to connect with him on a deeper level and to understand some of the struggles that he has faced along his journey.

The album Wonder is out now, so you can stream it on Spotify or buy it on iTunes.
“I love seeing Shawn get struck with inspiration with a tune or lyrics and seeing him work closely with other singers to produce music. He’s so honest about how he always has this fear of not living up to his fans’ expectations, but in the end, he produces music and sings because that’s where his passions lie,” said Julie Lin ’21.