25 years after its release, “Merry Christmas” by Mariah Carey still reigns supreme on the charts. 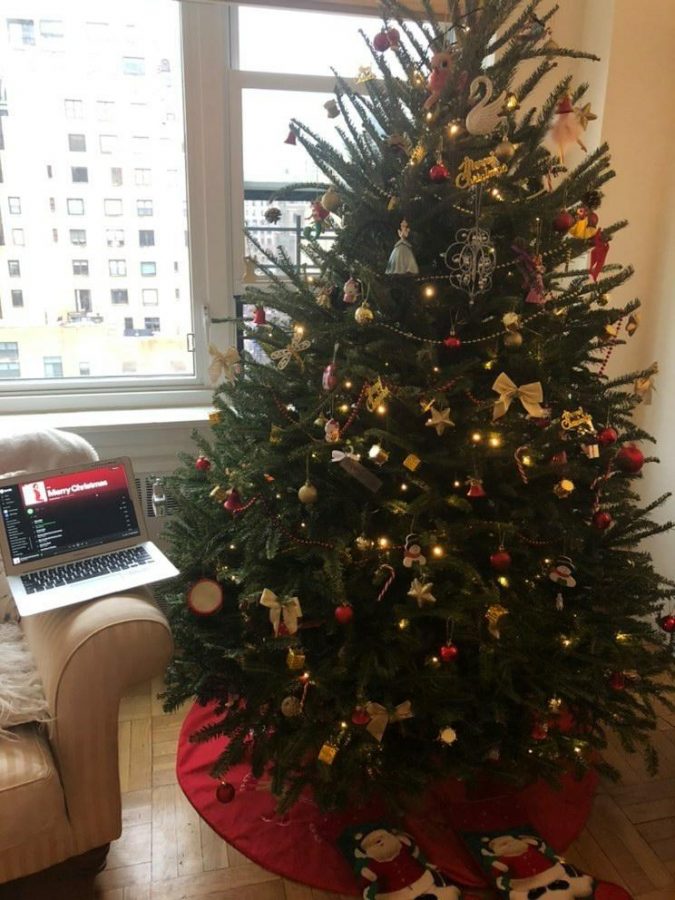 Mariah Carey's music has been a significant part of many Christmas celebrations.

As the holiday season approaches and brings the eventful and fraught year of 2020 to an end, one thing that has remained constant compared to previous years is the success of Mariah Carey’s Christmas album, “Merry Christmas” (1994). This established Carey as an  icon of Christmas spirit, trailing just behind Santa.

The album was a mixture of covers of Christmas classics such as “Silent Night” and “God Rest Ye Merry Gentlemen” while also introducing the world to her own Christmas songs such as, “Miss You Most (At Christmas Time)” and the classic “All I Want For Christmas You.”

The latter ranked number one on the Billboard Hot 100 in the week of December 19th, 2020, rising from the number two spot it held the week before. It also ranked number one during the week of December 21st, 2019, which exemplifies the song’s consistent success. In its history, the song has spent four weeks at number one and forty-one weeks on the charts. The song holds the record as the highest-charting Christmas song by a solo artist and became the most streamed song in a single day when it garnered over twelve million streams on Christmas Eve, 2019.

But what makes Carey’s Christmas music so successful? The secret seems to be that Carey’s music has been able to transcend cultural borders in order to become a household name, both for those who celebrate Christmas and those who do not. Becky Chen ’20 said, “The lyrics are catchy and easy to remember. It appeals to people who want to listen to Christmas music but aren’t religious and just want to experience the holiday spirit.”

Carey revolutionized and modernized Christmas music by adding an aspect of R&B and romance that had not been common before, although she still paid homage to Christmas customs by incorporating bell chimes and gospel into her songs. She took a risk by giving people Christmas music that fell out of line with the traditional classics but still managed to encapsulate the holiday spirit through her lyrical, vocal, and melodic talent.

It’s important to recognize that Carey was no stranger to breaking records before her Christmas music, and her success did not start nor end with the genre. Elisa Chang ’24 said, “I think that overall Mariah Carey’s a wonderful singer, and without her Christmas music, she still has other successful songs.” Before the release of “Merry Christmas,” Carey already had three songs that had made it to number one on the Hot 100.

Carey is arguably a legend in the music industry due to her range and ability to succeed in any genre. She is an inspiration to many popular artists today such as Ariana Grande. So, it was a testament that dreams do come true when the two performed together alongside Jennifer Hudson in “Mariah Carey’s Magical Christmas Special”.

The special premiered on December 4th and included the trio singing “Oh Santa!”, which Carey wrote herself and released in 2010 under her sophomore Christmas album, “Merry Christmas II You.” The song shares the same theme as“All I Want For Christmas Is You,” but it is more upbeat and has a faster tempo.

The collaboration went viral, garnering twenty-four million views and one million likes on Youtube in just two weeks. A harmonizing whistle, an intricately Christmas themed performance set, and the vocal ability of the three well established musical artists all contributed to the video’s success.

Carey’s timeless and unifying Christmas music has rightfully earned her the title of “Queen of Christmas” and solidified her position as a Holiday cultural icon.
Carey revolutionized and modernized Christmas music by adding an aspect of R&B and romance that had not been common before, although she still paid homage to Christmas customs by incorporating bell chimes and gospel into her songs.