How Virtual Fashion Month Worked During the Coronavirus Pandemic 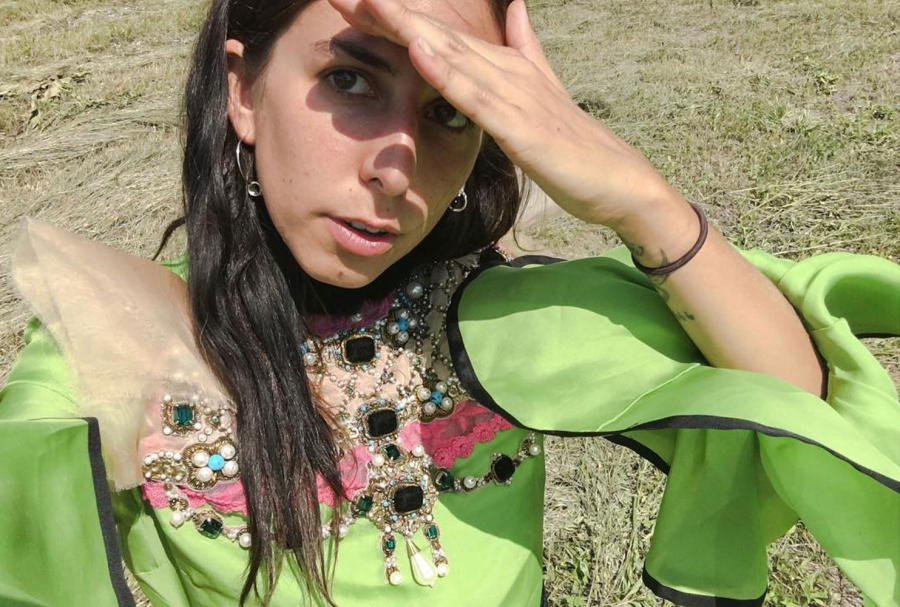 Zara Mirkin, a New York City based stylist and consultant, appreciates Moschino’s decision to not include digital elements, but to instead focus on the craftsmanship of humans.

With new regulations and an economic depression due to the novel Coronavirus pandemic, the future is unpredictable right now for many in the fashion industry. However, this did not prevent creatives from finding efficient ways to adapt to these new realities. Although some brands such as Chanel and Paco Rabanne are showcasing their Spring/Summer 2021 collections via in-person shows, many have decided to broadcast their shows online. Nevertheless, whether in-person or virtual, this season’s shows were a smashing success, inspiring and bringing hope to many around the world.

One of this season’s most sensational shows was the marionette that American fashion designer Jeremy Scott created for Moschino during Milan Fashion Week. Though Scott was not physically able to attend nor prepare for the show in Milan, he did not let the Coronavirus pandemic prevent him from bringing his eccentric vision to life. In his show, Scott constructed a film of forty puppet-sized looks, a replica of the real life outfits on marionette models.

The fantasy world did not end here. On top of all the models with their miniature looks, puppets were created for every front-row guest who would have attended the show. Jim Henson’s Creature Shop, the creator of The Muppets, perfected every detail of the show from the accessories to the movement of each model and audience.

This creative presentation earned him praise from many, including renowned stylist Zara Mirkin. Mirkin applauds Scott for his classic approach, commenting that “unlike other brands who have tried to incorporate digital aspects to their shows, Scott kept it traditional and presented a show that appreciates the work of humans.”

Aside from the puppets, the styles that Scott incorporated celebrated the craftsmanship of dressmaking. From the exposed corsetry boning to taffeta ball gowns, this collection was inspired by the post-war couture and the 1945 exhibition Théàtre de la Mode that showcased the work of sixty of the couturiers who worked in Paris after World War II. Especially during a time when people desire to return to normalcy, Scott did not fail to satisfy the audience that was nostalgic for traditional fashion shows.

Unlike the traditional style of the Moschino fashion show, the Italian streetwear fashion line GCDS took a more radical approach and created a completely digital show during Milan fashion week. With the help of California-based engineering firm Emblematic Group – known for their work in The Weeknd’s “In Your Eyes” music video – GCDS achieved bringing the collection name to life, “OUT OF THIS WORLD” with all the looks, models and front-row stars being 3D animated. As the name of this collection states, their “Out of This World” direction not only ended with a show, but also with an arcade with video games and live interactions.

In their eleven-minute film, they presented twenty-nine looks of both womenswear and menswear that ranged from graphics of Rick and Morty to contrasting belted blazers. The rising TikTok fashion creator and model Sarah Roh states, “I want to thank the GCDS’ Creative Director Giuliano Calza as he was able to help me escape reality for someone who has stayed home since February.” For many of us who have been going through the same daily routine, GCDS’ “out of this world” approach has provided us with a virtual utopia.

Prada, on the other hand, presented their collection with real models through a video, but in five different perspectives. The Show That Never Happened composed of five films directed through the eyes of the renowned photographers Willy Vanderperre, Juergen Teller, Joanna Piotrowska, Martine Syms, and Terence Nance, all of whom interpreted the collection in their own way.

The first chapter was opened by Vanderpeere, who focus-shifted on the models walking against a dimly lit white background, with violins contributing to the atmosphere. Next up was Teller, who featured the workwear and sportswear of this season, filmed in a boiler room, with a piano and mechanical noises in the background. The models moved to the finger-snapping in Piotrowska’s vision. In the fourth chapter, Syms’ use of green saturation and free movements of the models brought a nice fresh vision in comparison to the previous eerie ones. Finally, through the white sportswear reflective on the building and the graceful harp playing in the back, Nance bathed the viewer with a feeling of serenity.

The film concluded with a traditional closing of all models walking towards the camera followed by a quick bow from head designer, Mrs. Miuccia Prada. This season, Prada’s contradiction of their classic and simplistic silhouettes paired with the intricate presentation reflected the complexity of modern times.

Amid these unprecedented times, we can thank fashion designers for providing us with a breath of fresh air as well as an escape from reality within the confines of our homes. Many of the designers during the virtual conference stated how they were unsure of the future of fashion with the current economic depression and technological advancements brought about by the novel Coronavirus pandemic, but through their creations, they proved that no matter where we are in life, art is an integral part of being human.

Many of the designers during the virtual conference stated how they were unsure of the future of fashion with the current economic depression and technological advancements brought about by the novel Coronavirus pandemic, but through their creations, they proved that no matter where we are in life, art is an integral part of being human.