Billboard Hot 100 Chart: BTS Lights It Up Like ‘Dynamite’

The South Korean band spreads a message of hope during difficult times, and they make history while they’re at it. 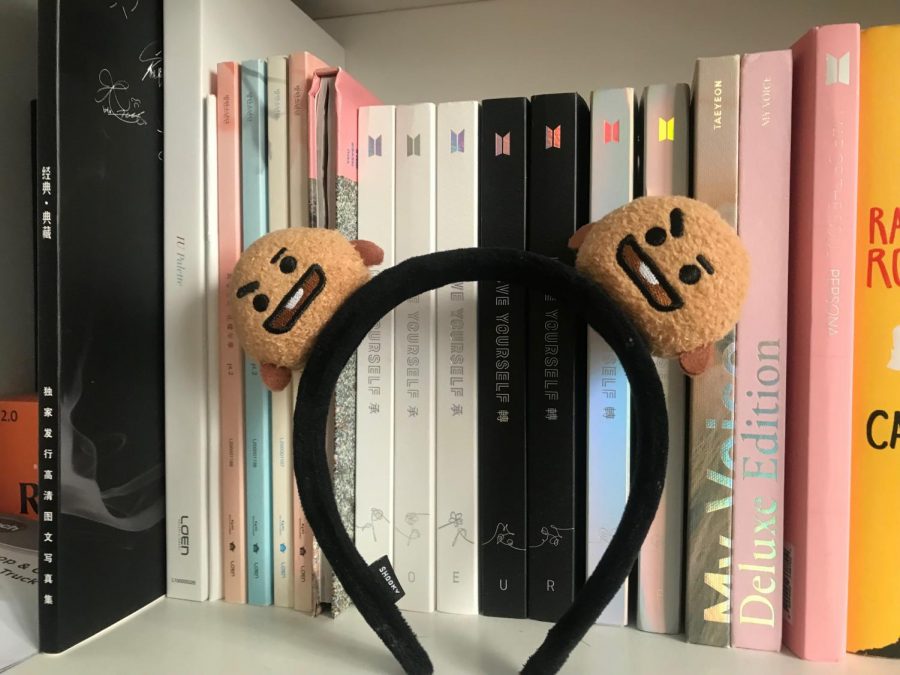 Just like in 'Dynamite,' BTS’ albums throughout the years have all included lyrics on important topics such as mental health, self-love, and dealing with the many expectations that are placed on youth.

“Boom, boom, boom,” are three words that BTS would use to describe their newest single, ‘Dynamite.’ In an interview with MTV, they described their goal for this song as giving hope and energy to people everywhere during the current global pandemic. “Dynamite” is a fun, disco-pop track that is both catchy and refreshing, and is also the South Korean band’s very first song fully in English.

The seven members (RM, Jin, Suga, J-Hope, Jimin, V, and Jungkook) are known for the positive messages interwoven in their music. Their previous albums and lyrics had meaningful lines that were relatable and comforting to their fanbase, ARMYs, and this song is no different.

“Their performances were able to bring smiles to our faces and make people listen over and over again,” said Jasmine Lo ’21, describing the members to be motivational and uplifting. Especially right now, when times are difficult during the Coronavirus pandemic, a song like ‘Dynamite’ can really “light it up” just like their lyrics say.

While BTS’ main goal was to reach people through their music, they also made history along the way. BTS is the first South Korean act to hit number one on the Billboard Hot 100 Chart. This has been one of their dreams for a while now, and they finally did it not once, but three times this year. ‘Dynamite’ debuted at the top spot, staying there for two consecutive weeks before dropping down to second place, yet climbing back up to number one again for its fifth week. It was still at the top of the chart in mid-October, two months after its release (in mid November 2020, it is ranked #16). And BTS is second only to themselves, as another recent chart-topper is their remix of ‘Savage Love’ by Jason Derulo. More importantly is the longevity of ‘Dynamite,’ a point of pride and shock for the members as well, who posted a Twitter video of themselves celebrating when they heard the news.

“Even just two years ago, nobody would have believed or expected that someday BTS would rack up millions of album pre-orders, sell out Wembley Stadium, earn a #1 single on the Billboard Hot 100, or perform at the Grammy Awards ceremony,” said an anonymous Bronx Science student from the class of 2021. Not even BTS themselves imagined they would come this far, hailing from a small company in South Korea back in 2013. Now, they have built their label to be one of the largest and most successful in their country.

Non-western music often has a hard time getting onto the Billboard charts, but BTS’ sincerity transcends language and cultural differences. “People ask ‘Why do you listen to them if you can’t even understand them?’” Lo said. “It’s because even if we can’t understand exactly what they are saying, we are able to hear their voices, and to read and feel the message that they are sending us.”

“The inclusivity and diversity in their songs can relate to many types of people,” Linda Chen, ’21 said. As BTS gains popularity, appearing on more shows like The Tonight Show Starring Jimmy Fallon, more and more people are becoming part of the ARMY. Over the past few years, they have built up an enormous audience, which the entertainment industry has come to recognize. However, this also comes with a dark side. “The media uses them as a tool to gain attention and yet [does] not promote their music to the public,” Chen said. This changed with ‘Dynamite,’ as airplay on radio stations increased significantly, possibly due to the song being in English. This is shown through a stark contrast of their songs from earlier this year or last year that did not get nearly as much attention from radios or award shows. “BTS is not a trophy to display around when it’s convenient for the media. They are talented artists who are able to inspire many people,” Chen said.

Despite all of the difficulties they have had to face in starting their career at a small label and the implicit bias of the entertainment industry against non-western artists, BTS has broken down barriers through their hard work and talent. Their increased exposure in western media has done wonders for Asian representation, and for mental health awareness in South Korea and worldwide. They have brought positivity to everyone in these dark times. In the future, ARMYs hope to see BTS win a Grammy. They are also looking forward to the release of BTS’ next studio album, ‘BE,’ on November 20th, 2020. Until then, let’s all continue streaming ‘Dynamite!’

“People ask ‘Why do you listen to them if you can’t even understand them?’” Jasmine Lo ’21 said. “It’s because even if we can’t understand exactly what they are saying, we are able to hear their voices, and to read and feel the message that they are sending us.”