My last high school summer was over before it had a chance to begin — but my family and I found new traditions and new ways in which to entertain ourselves. 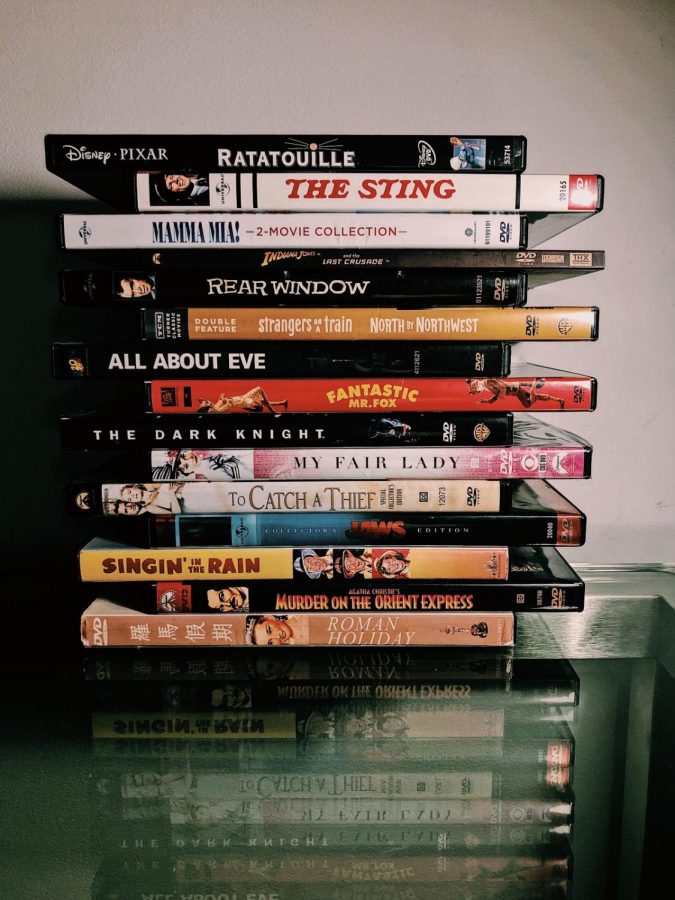 We watched 'Roman Holiday' to see Audrey Hepburn and Gregory Peck fall in love; we watched 'The Sting' to see the dream team, Paul Newman and Robert Redford, team up to outfox Robert Shaw; we sang along to 'Mamma Mia,' 'My Fair Lady,' and 'Singin’ in the Rain'; and we gasped over the suspense in 'Rear Window' and 'Strangers on a Train.'

Joni Mitchell wrote Big Yellow Taxi in 1973, but the heart of the song, embodied in the lyric, “Don’t it always seem to go / That you don’t know what you’ve got ‘till it’s gone” could be the official theme song for the year 2020. At first, with the arrival of the Coronavirus pandemic to New York City in March 2020, nothing sounded better than being forced to stay home. Endless free time and classes from home seemed to be the dream – if, of course, we could handle not seeing our friends until the end of April 2020.

When we reached April 20th, 2020, however, it was clear that we would not be returning to school anytime soon. Suddenly, May was gone too, and schoolwork began to wane as the sun lingered for a few more minutes every night. Like all of my classmates, I found myself facing the prospect of another two months at home, my last high school summer at an end before it could begin. There would be no trips to Hong Kong or London, no university tours or beach days. All of these things that we had planned so presumptuously had been canceled right before our eyes.

Fortunately, a new habit of family movie watching took root very quickly, and it was not long before my mom, dad, sister, and I flopped onto the sofa at 9 p.m. every night, just like clockwork. Watching movies has always been a favorite pastime of ours, so a coordinated effort felt like a reward after the dishes were done, the university webinars were over, and after my sister had run circles around my dad during their card game of rummy. The four of us decided that my sister and I would choose the film to watch on alternate days, mostly in an attempt to avoid the inevitable arguments – which happened anyway.

The first two weeks of movies were mostly ones that I had seen before, but having a playlist and a different family member select the film of the night ahead of time forced me to watch movies that I never would have thought of or looked at seriously before. I really did not like The Sting when I first watched it, but now it is easily one of my favorite movies of all time. The opposite reaction occurred as well — I was underwhelmed by Dirty Dancing and Sabrina, but fell for 12 Angry Men, How to Marry a Millionaire and Ocean’s Eleven. Inception and The Prestige were part of my sister’s uninterrupted week of Christopher Nolan movies, and while I did not feel particularly inclined to watch either of them on their respective nights, I found myself unable to stop talking about them for days afterwards.

It was then that I began to ask myself a question as I measured the movies against each other: what makes a movie ‘great’? It might be a captivating story with a well-written screenplay, which most likely explains my love for the directors Aaron Sorkin, Steven Soderbergh, and Nora Ephron, but movies with fantastic scores, such as those by John Williams, Hans Zimmer, Alexandre Desplat, Ennio Morricone, and Jóhann Jóhannsson cannot be overlooked.

I discussed this with my family, but none of us could reach a definitive answer. All that we could agree upon was that when we watched A Night at the Opera eighty-five years after it had been released and about ten years since I had first seen it, Groucho, Chico, and Harpo still managed to have us in stitches, and that even though we had already seen Rear Window about five hundred times before, that last scene still had us on the edge of our seats, our eyes squinted until they were almost shut. Perhaps the ‘answer’ was in cinematic moments like Roy Schneider chumming absentmindedly, turning to speak to Richard Dreyfuss and giving us our first peek at the gigantic shark more than halfway through Jaws, or the moment when Tom Hollander, in sparkling form as Mr Collins in Pride and Prejudice, remarks “…what excellent boiled potatoes. It is many years since I had such an exemplary vegetable.”

Every movie that we have seen has come with its own stories that belong to me and my family alone, and with a final watch time clocking in at ten thousand, seven hundred and seventy-one minutes total, this summer may have kept us home, but it certainly did not stop us from making indelible memories.
It was then that I began to ask myself a question as I measured the movies against each other: what makes a movie ‘great’?