Hacking Our Minds: A Review of ‘The Social Dilemma’ 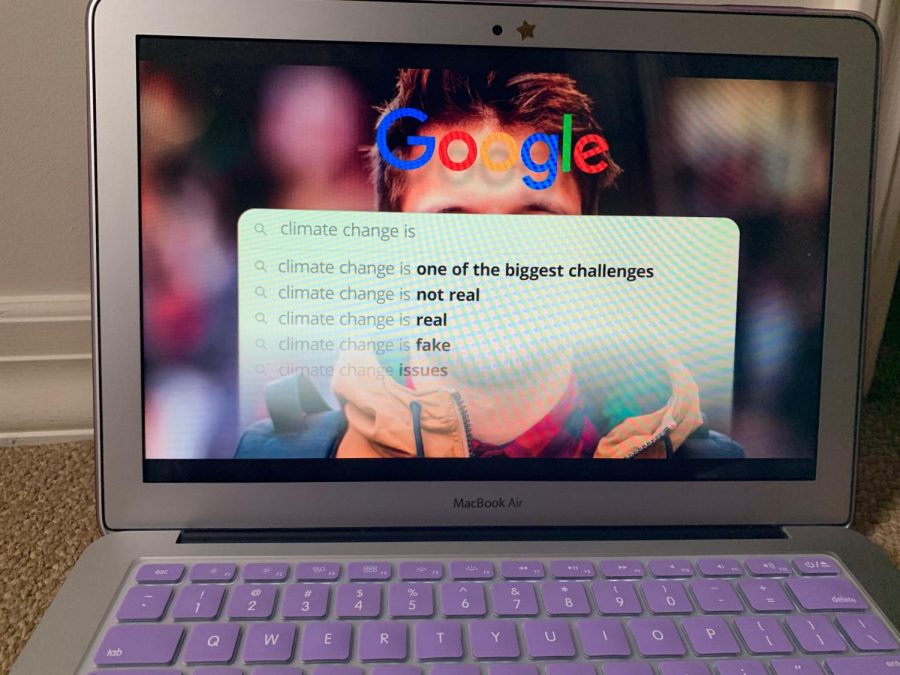 In one part of the documentary, the producers used graphics to show that Google searches are unique to individuals based on interests and geographic location. This is one of the many effective graphics used throughout the film in order to simplify abstract concepts for viewers. 'The Social Dilemma' is currently available for streaming on Netflix.

Emmy-winning documentarian Jeff Orlowski is back with yet another stirring documentary. However, this time it is not about climate change — it is about how social media manipulates us.

I was only nineteen minutes into watching The Social Dilemma when I rushed over to my phone, panicking as I frantically deleted TikTok and Instagram. About a month has passed from when I first watched the film, and I have not re-downloaded either app since.

Orlowski manages to whisk together all the ingredients for a fresh, impactful docu-drama. The Social Dilemma broke Netflix streaming records as the first documentary to earn the most popular movie for over a month. It is no wonder that the film garnered such wide acclaim. Combining interviews with documentary footage all while embedding a fictional story, Orlowski presents the multiple ways in which social media companies, such as Facebook, psychologically manipulate us. But here is the catch: Orlowski is aware we all know this. He does not just want us to know it. He wants us to deeply fear it.

One of the most unsettling aspects of The Social Dilemma is its interviews. Interviews with former CEOs, presidents, and creators of large social media platforms are incorporated throughout, woven between the dramatic elements. The film opens with the interviewees, who are visibly uncomfortable as they begin to settle in their seats. They should be uncomfortable. These former leaders of social media companies are now coming to terms with the ugly truth: they helped build up what they blame for society’s downfall, and we are all forced to live with the consequences.

An avid fan of the film, Allison Pascual ’21 said, “It made it more convincing to see these figures argue against their own creations.” It also struck me that these figures were falling prey to the fruits of their own labor. Tim Kendall, a former president of Pinterest who was featured in the film, mentioned that after a day of perfecting Pinterest’s addicting algorithm, he would find himself at home, unable to get off of the app to spend time with his family. And he knows the science behind it because he developed it himself. Where does that leave the rest of us?

Despite the gripping nature of the interviews, at some points in The Social Dilemma, the events are so dramatized that the validity of Orlowski’s argument tends to get lost between the sinister horror music and extremely sub-par acting. For instance, in one scene, a teenager smashes a jar holding her phone to demonstrate the extent to which adolescents are emotionally attached to their devices. This scene was overly dramatic, and although relatively entertaining, it disconnected the issues in the film more and more from reality from the audience’s perspective.

The film also appears to blame social media companies for all of society’s appalling problems, ranging from the spread of COVID-19 misinformation to the Rohingya genocide. Facebook delivered an aggressive response to the film just this month, stating that the creators “buried substance with sensationalism.” Although Facebook has self-interest in mind considering it was one of the more heavily-targeted platforms in the film, its point does hold merit. The connection is lost as the film descends into a chaotic frenzy of deeply disturbing and provoking clips from violent protests from around the world. By naming social media platforms as the cause of the downfall of democracy, The Social Dilemma loses sight of the people behind the screen who contribute these ideas in the first place.

The next time that you are bored of scrolling through Instagram in between your Zoom or Google Meets video classes, consider spending that additional time streaming The Social Dilemma. The legitimacy of the actual content in the docu-drama is highly contested, but one thing is for sure. Orlowski gets the message across and your eyes off your social media feed, if only for a little while.

The Social Dilemma is available for viewing on Netflix, HERE (subscription required).
“It made it more convincing to see these figures argue against their own creations,” Allison Pascual ’21 said.