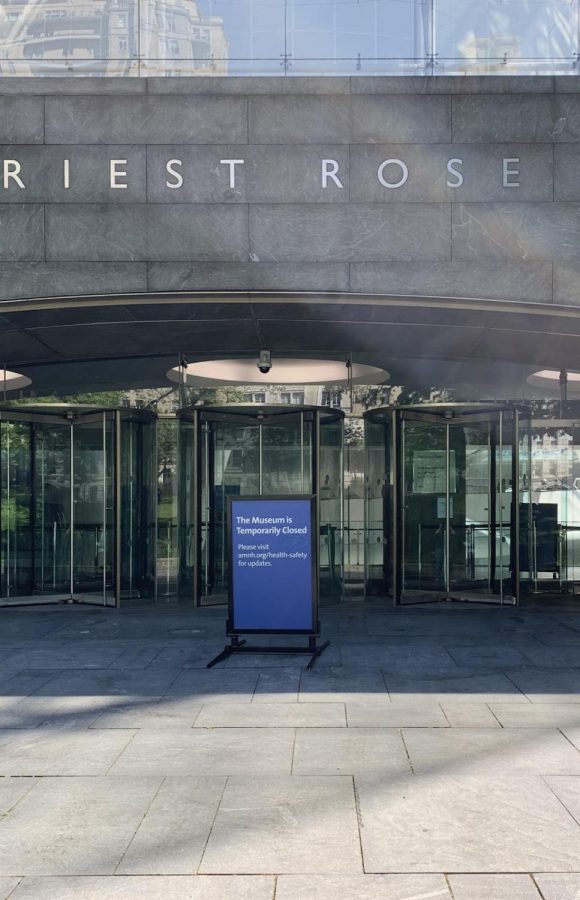 Museums are likely to be some of the last institutions to reopen during the Coronavirus pandemic, due to Governor Cuomo's 'four phases' reopening plan for New York City.

The puzzle industry cannot keep up with demand, Netflix traffic is at an all-time high, and dates are more forgettable than ever. It can be difficult to break the monotony.

However, efforts to bring outside activities online continue, and museums are no exception. If you are looking to go on an expedition outside without actually leaving home, online museum offerings are the way to go.

The Metropolitan Museum of Art

This year is the Met’s 150th anniversary, New York City’s largest comprehensive art museum. In a proper celebratory fashion, the museum is putting many of its best features, past and present, on its website.

“From the Vaults” is a selection of films collected and made by the Met throughout its century and a half of history. The content of the videos is fascinating on its own, but the style of each is also distinctly characteristic of the decade it belongs to. There are silent films imagining Greek vases coming to life and detailing the making of tapestries, documentaries from the 1980s discussing cats in art and the role of curators, and a tour of the Cathedral of Chartres.

360° videos bring you to famous locations in the Met. Unlike Google Street View and other virtual replications of physical movement, the Met avoids any nauseating blurring by slowly carrying the viewer through certain areas. Seeing visitors stroll through locations like the Temple of Dendur as the day passes makes the virtual experience more reminiscent of reality, a difficult achievement.

The Met’s primers and online exhibits are as informative and focused as they are in person. Primers are tastes of currently paused exhibitions, including ones on Maximilian I, the “last knight,” and the Met’s new British galleries. While they are not meant to give you the full experience, the primers succeed in showing you what the exhibits are like, naming themes and providing images of objects linked to those themes. In conjunction with Google Arts and Culture, the Met has created a full exhibit on its history. Short descriptions are balanced with images of the museum and its art, giving virtual visitors a new perspective on and appreciation for the museum.

Like other museums, the British Museum in London, England, has brought more aspects of its exhibits online since the Coronavirus pandemic began. However, its best online offering is its Museum of the World, released in February 2020 in partnership with the Google Cultural Institute.

While it includes just a small section of the British Museum’s wide collection, the Museum of the World is a colorful, geometric, and musical journey from prehistory to the present. It organizes its objects on axes of time and region and by themes like “trade and conflict.” Clicking on a point in time and space yields a single, expandable image of an object and a description.

The downside is that, while the images are of good quality, they only show one side of the object. If you are looking at a Greek vase, you are missing out on a lot.

The Rijksmuseum, located in Amsterdam, is working on uploading all one million artworks from its collection online. The project is currently at 700,000. The Rijksmuseum app organizes this online collection with various themes and allows users to create their own gallery. By doing so, it presents art by itself without any distractions.

For those who also want the option of some context for the pieces they see, the Rijksmuseum has two options: its Masterpieces Up Close and its exhibits displayed on Google Arts and Culture.

The former attempts to replicate the experience of being in the museum’s space. Unlike Google Street View’s version of this, the Rijksmuseum’s is not nauseating, although it is also not as seamless as the Met’s 360° videos. It makes it easy to view art up close and in detail, and provides an insightful commentary with audio and written options. Of course, it’s nothing like walking through a museum in person, but it does not make you feel constantly and acutely aware of this fact.

Its offerings on Google Arts and Culture are more in line with a cultivated exhibit than a stroll through a museum. Many of the Rijksmuseum’s online exhibits are similar to themed slideshows of art. The format lends itself well to the museum’s focus on detail, magnifying images of small patterns and paintings within paintings.