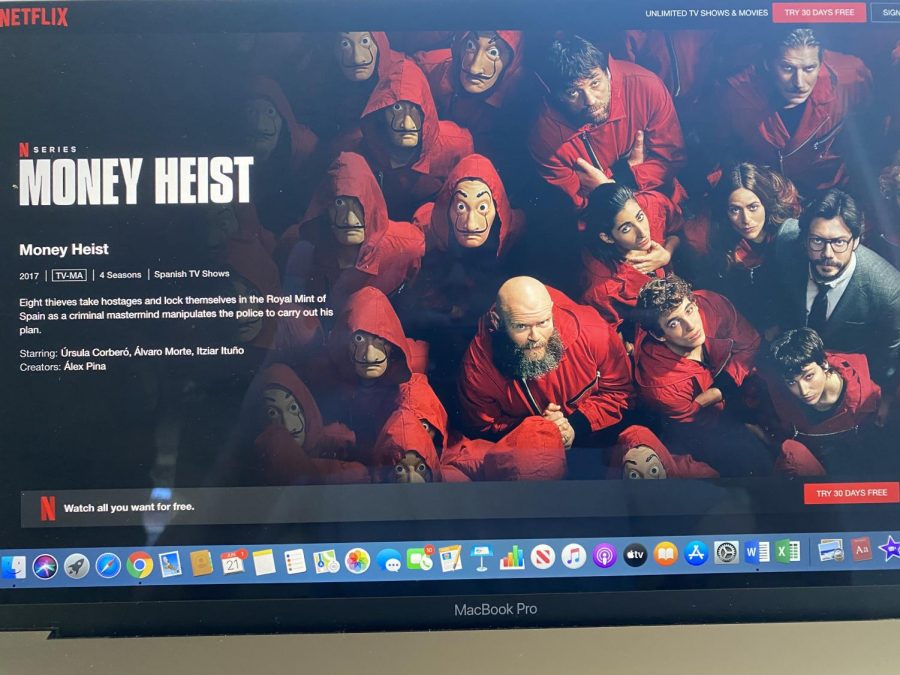 'Money Heist' is available for viewing on Netflix (subscription required).

To start off, I personally dislike the English translation for the title of this show, Money Heist. It’s a plain, crude, yet attention-grabbing title that doesn’t deliver justice to the sheer brilliance of the show. La Casa De Papel directly translates to “The House of Paper,” a title that encapsulates the very essence of this show. A house of paper could refer to the Royal Mint of Spain in which the operation occurs, or it could refer to the robbery’s fragility, as a beckon to a house of cards. Regardless, the show is a masterpiece and the title is the least of my concerns.

There are a few heist stereotypes that help ease the viewers into a sense of familiarity before the unforeseeable whirlwind of events. As in every heist, the thieves don matching jumpsuits and masks, but in the case of this show, the hostages are dressed in the same way to prevent police intrusions. The crew aims to steal money, yes, but they intend to print their own currency rather than to steal the minuscule fortune inside the mint. And as within a typical heist, the group is composed of many people with unique and valuable talents, following the stereotypical roles (the brains, muscle, hacker, safe-cracker), but Money Heist provides enough characterization and background to help the viewers connect with these characters beyond their archetypes.

One notable aspect of the show was its pacing. In many heist movies and shows, the scenes either feel too rushed, with the actual burglary being completed within a few minutes, or far too drawn out, as you wouldd expect in a  show with multiple seasons. However, Money Heist has nailed down the perfect rhythm needed to stimulate the audience through the entirety of its run. “I swept through the entire show in just under a week and never have I ever been on such a rollercoaster of emotions,” Nina Wang ‘20 said. “It’s amazing how the show transitions so seamlessly between moments of sheer terror and excitement. I’d be jubilant for one second and clutching my seat in tension the next.”  Wang liked how difficult it was to predict future events due to the sheer brilliance and planning of Sergio Marquina aka Salvador “Salva” Martín, the Professor.

The show’s characters are artfully crafted and surprisingly realistic. As mentioned before, these thieves are defined by more than their skill sets and the viewers have ample time to learn about their motivations, their fears, and their outlook. “I was sure that everyone would be one-dimensional, cookie-cutter crooks. It sure seemed that way when each of them was set up as an archetype of their specific thief role. Then as the show progressed, I learned their flaws, and it somehow made the characters perfect,” Marc Lim ‘20 said. “I liked Rio a lot because at first, he’s some random carefree computer hacker, but then you find that he’s still practically a kid and worries about disappointing his parents.”

“[Money Heist] is definitely worth watching. My only complaint is that season 5 hasn’t been released yet. And that Arturito and Gandia are major jerks. I mean, I kind of like how much I hate them,” Wang said.

To watch Money Heist (Netflix subscription required), click HERE.
“I swept through the entire show in just under a week and never have I ever been on such a rollercoaster of emotions,” Nina Wang ‘20 said.