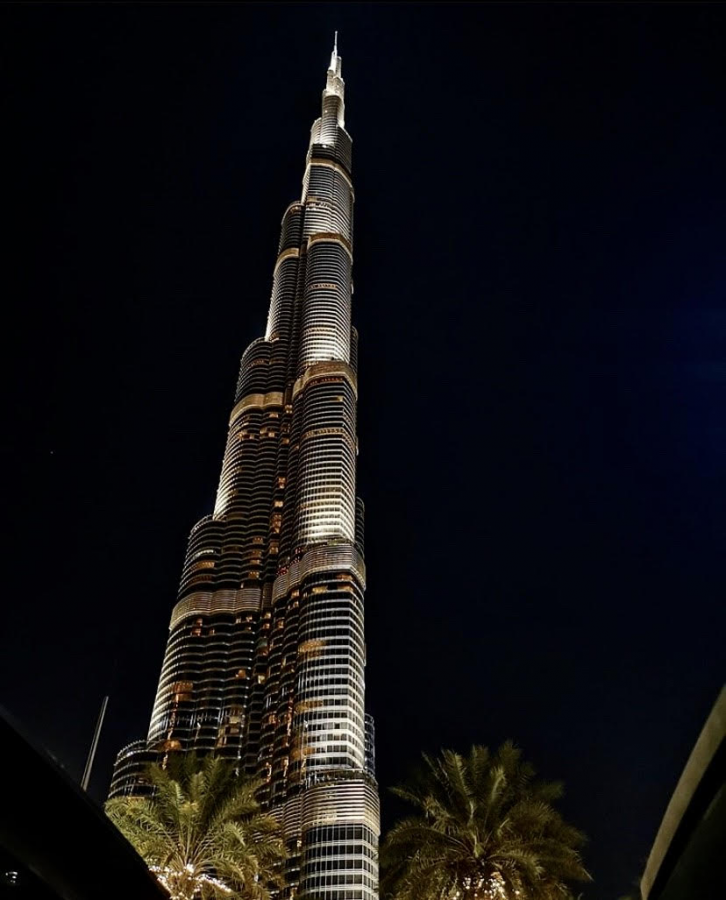 Here is the 929 meters-tall building that Tom Cruise scaled in his infamous stunt in 'Mission Impossible: Ghost Protocol,' the Burj Khalifa.

On May 5, 2020, NASA administrator Jim Bridenstine confirmed that the company will be working with Tom Cruise to film the first ever movie shot in space. Upon its announcement, many people were shocked by the planned venture but not surprised by  Cruise’s involvement  with the project. Elon Musk, the CEO of SpaceX, tweeted his reaction to the news, writing  “Should be a lot of fun!” This response was met with a lot of questions, as people began wondering whether SpaceX will join NASA and Tom Cruise’s expedition to film in outer space. While this Tom Cruise stunt will certainly be historic, it is one of  numerous other stunts that the Hollywood star has put himself through during his career.

While Cruise’s antics span through his many films, his most notable ones took place within the  Mission: Impossible franchise. In John Woo’s M: I-2, Cruise climbs a 2,000 feet mountain, wearing a harness without a safety net. The shocking thing about this scene was that it was not a mission at all: it was just Ethan Hunt, the character Cruise portrays, enjoying his vacation. With such a stunt, it came to no surprise that the then 38-year-old star tore his shoulder filming the mountain climbing scene.

In Brad Bird’s Mission: Impossible – Ghost Protocol, Cruise set a whole new standard for stunt performers when he scaled the Burj Khalifa. The 830-meter tall skyscraper located in Dubai, United Arab Emirates is the tallest structure in the whole world. Ariq Habib ’21 recalls a ‘behind the scenes’ photograph of Cruise’s Burj Khalifa stunt; “There was this one picture of him [Cruise] just sitting at the very top of the structure, wearing a smile that did not have any trace of fear. Being scared of heights is what made this my favorite stunt because no amount of money would have put me in that position!”

In the next addition to the franchise, Mission: Impossible – Rogue Nation, the film begins with an outrageous stunt that had people hoping it was CGI. 57-year-old Tom Cruise straps onto an Airbus 400 cargo plane that speeds down a runway and takes off into flight. For this stunt, Cruise was cabled through the plane’s door and wore “sclera” lenses to protect his eyes from debris. This scene even had three takes, so Cruise had to go through the whole procedure multiple times. The flight was over a thousand feet, making the whole process more risky and exciting than most action sequences.

“I find it very interesting, as Tom Cruise has always been famous for his stunts,” said Italian teacher Mr. Salvatore Guercio.  “I was watching a clip where they were showing how he broke his ankle while performing one of the scenes from his latest Mission: Impossible – Fallout.” In this scene, Cruise was shooting a rooftop chase stunt in which he jumped from one roof to another. Upon making contact with the second building, he broke his ankle. “I really didn’t want to do it again, so I just got up and carried on with the take,” said Cruise on The Graham Norton Show.

With these risky stunts, it comes to no surprise that Cruise will be the first actor to be involved in the first movie filmed in space. “At first glance, I was genuinely not surprised by the news because of the magnitude of Tom Cruise’s other stunts such as the ones that he performed in the Mission: Impossible franchise,” said Habib. “What I took from this headline was how much I truly appreciate Tom Cruise’s dedication to his craft, because he is willing to put his life on the line so that we moviegoers can get the best experience possible.”

Cruise continues to give his viewers the most genuine experience of stories coming to life at an age where most actors change their direction to more serious and drama-based roles. The fact that he keeps going displays the youthful energy that people can only wish to keep. “To be able to do this, especially at his age, is truly remarkable,” said Mr. Guercio.

One important consideration, however, is the possibility of the live scenes shot in space will be silent. Mr. Guercio said, “Cruise won’t be able to scream ‘show me the money!’ as there is no sound in space, so I’m wondering if it will be a silent film.” While Guercio jokes with the reference to Cruise’s quote from 1996 hit Jerry Maguire, he brings a serious point with the absence of sound. While the film can always have voice-overs, it is an aspect to consider. The same way that Ethan Hunt in the Mission: Impossible franchise receives “impossible” missions, Tom Cruise has appeared to  have  similarly received an “impossible” mission. Make no mistake about it however: nothing is impossible when you can make it possible, especially when Cruise is involved.
“What I took from this headline was how much I truly appreciate Tom Cruise’s dedication to his craft, because he is willing to put his life on the line so that we moviegoers can get the best experience possible”, said Ariq Habib ’21.