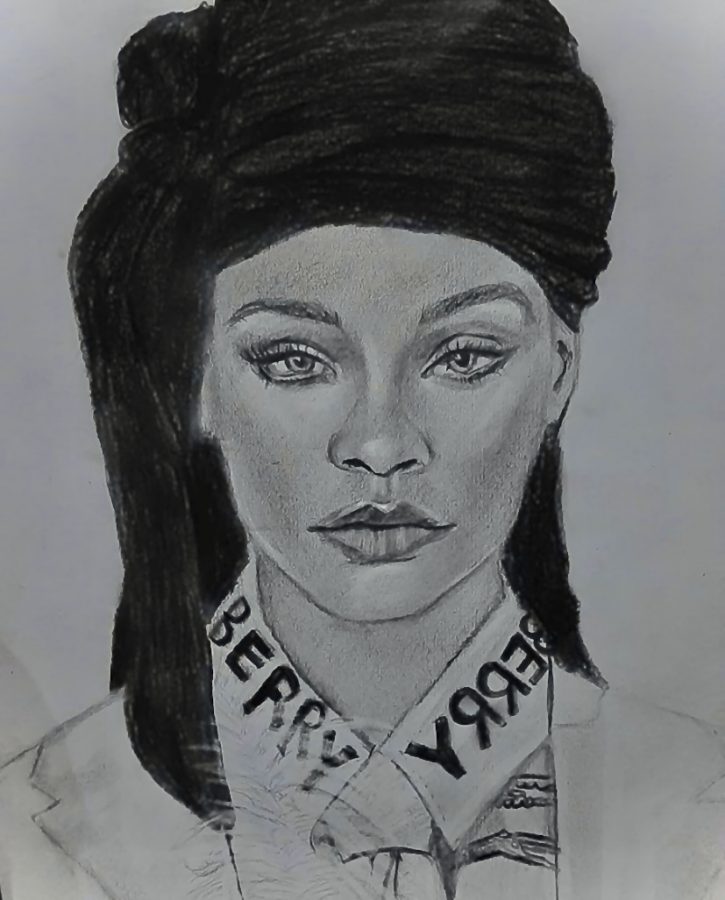 Artist Muhammad Saad sketched Rihanna in a durag for the May 2020 issue of British Vogue.

Today, durags are proudly worn by the black community and embraced by celebrities from runways to music videos. The durag has not always been worn as a symbol of black culture due to the negative sentiments surrounding it.

In 1786, Louisiana enacted the Tignon Law, which forced black women to wear a headwrap similar to the durag to distinguish them from white society. In certain regions in the South, black women were coerced into wearing durags as a symbol of subordination. Until the 1990s, the durag was criminalized and even banned in certain school districts across the United States. However, the durag is embraced by the black community for its functionality. Durags protect hairstyles such as cornrows, locs, and waves, by preventing curls from springing back up. Today, many celebrities are redefining how this symbol of black identity is viewed, and Rihanna is among them.

The May 2020 issue of ‘British Vogue’ will go down in history as the first magazine to feature a durag on its cover. The Editor-in-Chief of British Vogue, Edward Enninful, who was born in Ghana and is of African descent, stated in his monthly Editor’s Letter that he would have never imagined that a durag would be associated with high fashion, or that he would see one on the cover of a magazine.

Of African descent herself, Chidinma Agbasi ’21 also expressed her admiration for the new cover. “I love the fact that Rihanna wore a durag on the cover of a magazine.” Yet, Agbasi also conveyed concern over the new public acceptance of the durag. “I sometimes see other races wear a durag just for the sake of being ‘cool.’ That is cultural appropriation. Although I do believe people should have freedom with their hair, in the past, and even in some circumstances right now, we were criticized for wearing a durag,” said Agbasi. Nonetheless, she believes the cover is a valuable opportunity for a larger audience to discover the beauty of a durag.

In the past, Rihanna has proudly embraced the symbol of black identity, from her crystal-embellished durag on the red carpet of the Council of Fashion Designers of America awards in 2014 to her long black fishnet durag worn during the Video Music Awards in 2016. For this month’s issue, Rihanna was shown in a navy durag with a white suit. The title read “REBEL! RIHANNA REWRITES THE RULES.” Enninful informed readers that, after going through archives of visual references, Rihanna sent him a text through WhatsApp at 2 a.m. to ask, “How about we go with a durag?”

The durag today is not simply a “trend” or “fashionable item,” but a homage to the history of black culture. Nevertheless, there are still negative connotations against black men and women who wear durags. For example, there have been countless stories of how students in other parts of the country were forced to take their durags off due to them being “affiliated with gang activity.” Therefore, the May 2020 issue of ‘British Vogue’ was a true historical moment as it has helped to elevate the status of the durag by associating it with high fashion.
“I love the fact that Rihanna wore a durag on the cover of a magazine,” said Chidinma Agbasi ’21.