The Science Survey • May 15, 2020 • https://thesciencesurvey.com/arts-entertainment/2020/05/15/during-the-coronavirus-pandemic-the-show-must-go-on/

During the Coronavirus Pandemic, the Show Must Go On?

COVID-19 led to the temporary closure of all of Broadway and Off Broadway shows. But will they really be able to continue afterwards? 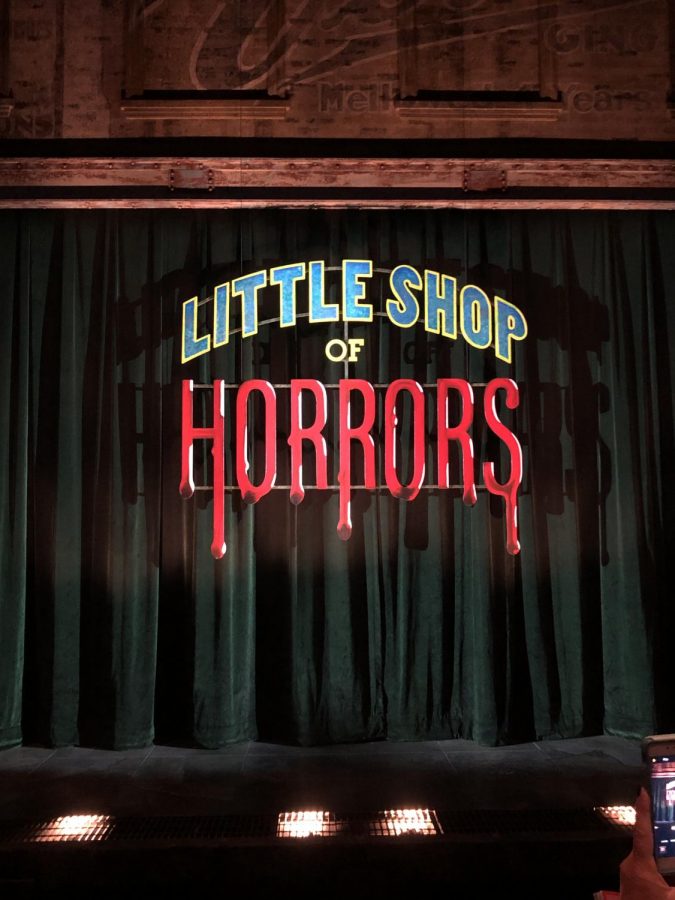 “Little Shop of Horrors” is an off-Broadway show that is based off of the 1986 movie, one of numerous shows shuttered due to the Coronavirus pandemic.

When tourists visit New York City, it seems that one of their first stops is always Times Square. The giant screens, massive stores, and neon lights are thrilling to those visiting. But nothing in Times Square is as exciting as what made it a prime New York landmark — Broadway. Broadway’s theater has been in New York City’s heart since King Philip’s War in 1829. People come from everywhere around the world in order to see spectacular shows. Adults will take their children to see shows such as ‘Phantom of the Opera’; many of these parents themselves saw Broadway shows when they themselves were children. Many people are willing to spend over a thousand dollars on popular shows like “Hamilton,” purchasing tickets months in advance. Theatre companies and students across the country put on local shows in order to recreate Broadway masterpieces, such as ‘Fiddler on the Roof’ or ‘Les Misérables.’ But due to COVID-19, the magical nature of Broadway has been put on pause.

New York’s theater presence goes back to the 1750s; by the mid 1850s, Broadway as we know it was born. Ever since then, Broadway has been an essential part of New York City’s tourist economy. For instance, in the 2017-18 season, Broadway shows made over 1.7 billion dollars. Still, these shows largely depend on their nightly audience in order to keep playing. As of March 12, 2020, all Broadway theaters were required to shut down due to the Coronavirus pandemic and Mayor DeBlasio’s decree. What this ultimately means for Broadway in terms of its financial impact is still unknown. “Broadway employs so many people, not only actors. It employs those who work to sell tickets, those who sell concessions, the cleaning staff, and the list goes on. These people are all left without the same benefits as actors supported through equity,” said Margaret Caris ’20. Caris describes herself as an avid theatre goer, and she shared similar concerns for off-Broadway shows. In order for a show to be considered a Broadway show, it must be in Manhattan and seat at least five hundred people. Off-Broadway shows have fewer seats.

“Unfortunately, I think off-Broadway shows are going to be impacted more due to the closing. Broadway shows make plenty of money, and sure, they will be financially hurt by this, but I think they will be able to make it. On the other hand, off-Broadway shows do not make the same amount of money, and therefore they do not have that same kind of financial stability; they will be struggling a lot more after this,” said Reese Villazor ’21. One exception to this has been the Broadway show ‘Beetlejuice.’ ‘Beetlejuice’ was already set for a closing date of June 6, 2020, but COVID-19 prevented the show from having its last few months of performances at the Winter Garden Theatre. On May 12, 2020, the Broadway League, a consortium representing producers and theater owners, announced that Broadway is to remain closed until Labor Day, September 6, 2020, at the earliest.

In order to help themselves financially during the pandemic, many theatre companies have brought their performances online. Different shows have had online cast interviews, and others have sold subscriptions to see older Broadway shows professionally filmed. “To get my theatre fix, I made sure to watch as many at home Broadway performers as possible, and I got a subscription to Broadway HD, so that I could watch selected shows that were filmed professionally such as ‘Falsettos’,” said Caris. Other students believe that although virtual shows have been useful to stay in touch with the theatre community, it does not compare to watching theatre live.

“I like the idea of virtual shows as entertainment while people can’t go outside. However, I think that for a lot of people, Broadway is more about the experience of going to the theater and seeing the show live, if they can. I have seen virtual shows, and I enjoy them, but it’s definitely not the same experience as seeing a show live,” said Sylvie Klingborg ‘21, who has been involved in the productions of the Bronx Science Theatre Department.

If Broadway does still open on September 6, 2020 (increasingly unlikely given how the Coronavirus pandemic is playing out), many people would be fearful to visit theaters that are normally crowded with hundreds of people waiting to see a show. Before Broadway closed, members of various productions such as ‘Six’ and ‘Moulin Rouge”‘ were diagnosed with COVID-19. “I think that I definitely would be nervous about going to a Broadway show in person, because even when the ending of shelter-in-place occurs, this doesn’t necessarily mean that the crisis is over. I think that we need to wait until there is a widespread and accessible means to test people and a widespread and accessible vaccination for COVID-19 until things can truly return to normal. And it doesn’t look like either of those things are happening soon, so I don’t think that it’s safe to take risks like going to crowded places, even if our shelter-in-place order ended,” said Villazor.

In times like these, we can only remain hopeful and keep New York City safe by staying inside. Eventually, the curtains will rise and Times Square will return back to its musical glory. The show must go on, right?
“I think that I definitely would be nervous about going to a Broadway show in person, because even when the ending of shelter-in-place occurs, this doesn’t necessarily mean that the crisis is over,” said Reese Villazor ’21.