Movies to Watch During COVID-19 Quarantine 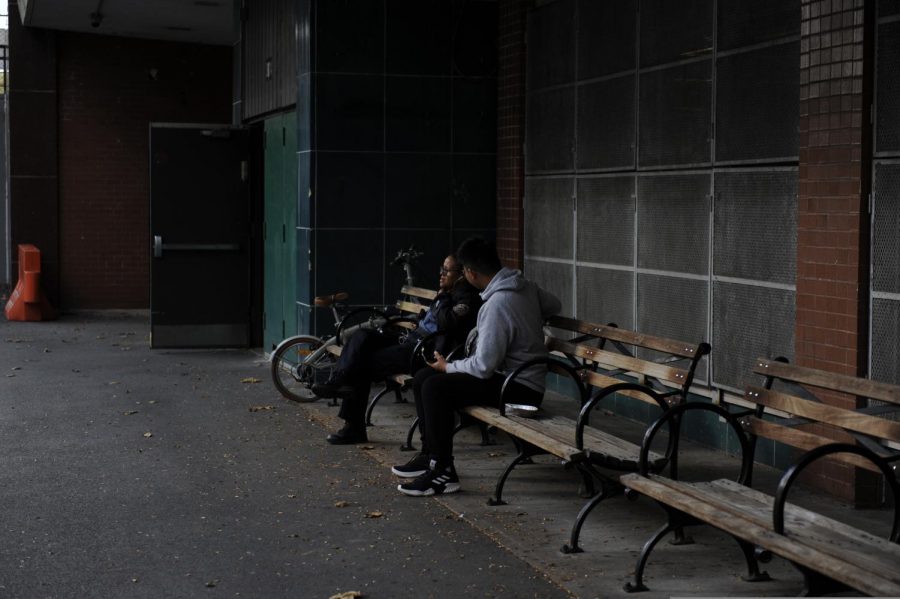 The senior benches are where it all started. "Our senior year was supposed to be a movie, and it still will be once we get back. We've gotten a lot closer watching movies and talking throughout quarantine, so when we do come back we will enjoy having each other even more," said Anas Moazzam '20.

“Senior year’s gonna be a movie!” my friends said as we sat in the courtyard on the first day of school in September 2020. I remember the day vividly. Coming into our final year of high school after three years of hard work, it was finally our time. We all had high expectations for what this year was to bring. As we sat on our bench in the courtyard, we imagined what this year would hold. All of the scenes that would be shot here, the promposals, the senior pictures, and all of the senior festivities.

What we didn’t expect, though, was to have our movie cut short, and all the dreams that we held so high in anticipation to be taken away. It seemed like, in an instant, we had lost all of the expectations and dreams that we had for our senior year. It was a tough reality to accept. However, we realized that, just like that day in the courtyard, we still were going through it together.

“Watching movies with my friends during quarantine is a great way for us to laugh and bond during lost time,” said Faheem Karim ’20. While at home, Faheem watched the movie Ford vs Ferrari with his friends. The movie focused on the age old rivalry between legendary automobile manufacturers Henry Ford and Enzo Ferrari, and how it changed the automobile industry for decades to come. “We learned a lot from watching the movie. It taught us about having each other’s backs when the going gets tough and to never give up on those who push you to chase your dreams,” said Karim. Ford’s resilience to build a dominant race car came with many trials and tribulations.

Another popular movie students are watching during quarantine is I Am Legend starring Will Smith. “I Am Legend was my favorite movie when I was a kid,” said Anas Moazzam ’20, “But watching it again during quarantine was a whole different experience.” The movie takes place in New York City, the heart of a deadly viral outbreak caused by a drug meant to cure cancer. The movie follows the experience of Robert Neville, the only man left in the city after the disease ravaged through the city and turned victims into zombies. Neville dedicates each day to seeking  a cure to the disease and other survivors with his faithful dog, Sam. “My experience watching the movie now was so much different than before. Seeing the streets of New York City empty in the movie was something that sounded so far fetched and unrealistic when I was younger. But now the streets really do look like that,” said Moazzam. “The ending of the movie showed that no matter how dire a situation is, there will always be people who step up as leaders and become, as Robert Neville put it, lights in the darkness.”

Wonder is another popular watch. A true feel-good story of camaraderie and friendship, Wonder follows the story of Auggie Pullman, whose facial differences prevented him from going to school until the fifth grade. He was homeschooled up until then, and the movie starts on his first day of real school. “The movie focuses on how Auggie grew from a shy little boy to how he flourished into an amazing and brilliant young man,” said Zareen Uddin ’20. With the help of a great group of friends, Auggie was able to develop the confidence that he needed to show the world how great he really was. “It goes to show how important it is to surround yourself with people who want to see you win,” said Uddin.

Ford vs Ferrari, I Am Legend, and Wonder were just a few of the many movies students have been watching and rewatching during quarantine. All are classics in their own right and stress different values, but each one shares stories of growth and success despite adversity.
“The movie focuses on how Auggie grew from a shy little boy to how he flourished into an amazing and brilliant young man,” said Zareen Uddin ’20.