‘All American’: A Binge-Worthy Touchdown 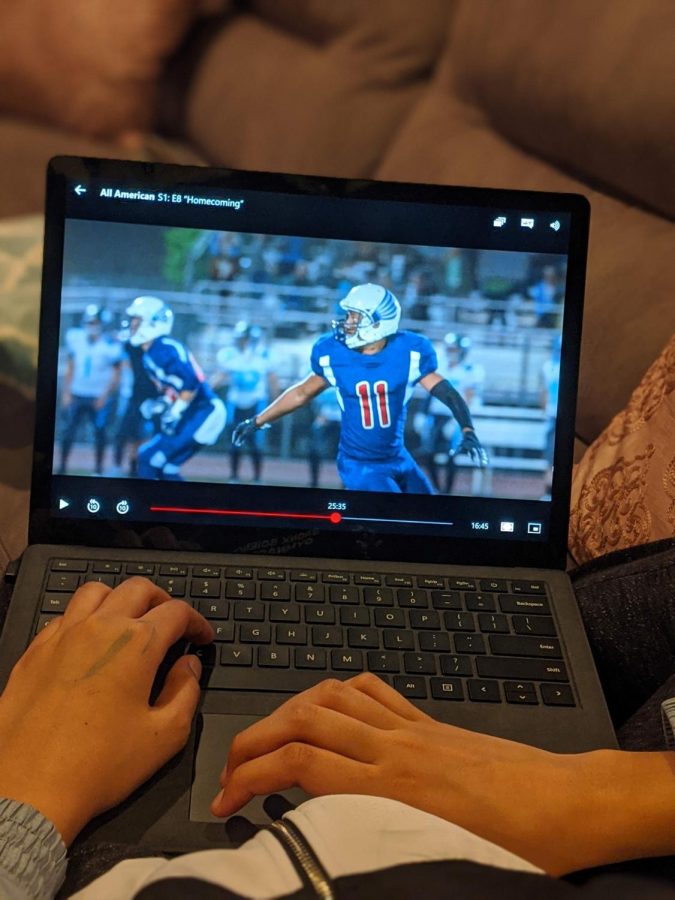 'All American' is available on Netflix and was one of the top ten trending shows for weeks.

If everything that you see on TV is true, the average American high school revolves around its football team and its efforts to reach state championships. Each player works hard to be in the top 300 in the country and to be noticed by college recruiters. For the students of South Crenshaw High School and Beverly Hills High School, it is not any different; football is all that matters and you need to do whatever it takes to succeed, even “steal” a player from another team.

This is the premise of the CW show ‘All American’ (currently streaming on Netflix). Spencer James, a student of South Crenshaw High School, is discovered by Billy Baker, head coach of Beverly Hills High School. Spencer, who is not only an incredible player but also a bright student, is made an offer to transfer to Beverly Hills and hopefully have a better chance of being recruited for college scholarships.

Even though the two schools are only a few miles apart, they could not be more different. Crenshaw is a predominantly black neighborhood with many low income families, while Beverly Hills is the home of some of the richest families in the state. Choosing between his hometown and some fancy new high school proves to be a difficult decision for Spencer since his single mother, younger brother, and all of his friends are in Crenshaw. After much deliberation, Spencer decides that transferring to Beverly is the best choice for him and his family, leading to a whole slew of shenanigans.

While the team was not the most welcoming at first, Spencer finds a family at Beverly that he loves and appreciates. He becomes the star of the team, though not all team members are happy about it. He overcomes challenges in order to adjust to life in Beverly Hills while keeping his ties to Crenshaw.  The show has many talented actors who portray authentic teenage characters with realistic interactions and aspirations. It is refreshing compared to the seemingly endless stockpile of Netflix “teen rom-coms” played by actors in their mid-twenties who do not seem to understand at all what high school is really like.

‘All American’ is not only about football, however. It tackles tough discussions about racial injustices and even class struggles through the stark differences between Beverly Hills and Crenshaw. Each character in the show struggles with their own inner demons, as well as finding their place within their communities. In fact, the entire second season is set in the football off-season so that the viewers can see a new side to many of their favorite characters.

‘All American’ has already become an all time favorite for many teenagers, with some arguing that it is the best high school drama ever. One such fan is Jensy Jimenez ’22, who said, “It beautifully touches on multiple topics that society stigmatizes, which is why I love the series so much.”

Despite all of the drama and chaos, Season 1 of ‘All American’ leaves the viewer feeling satisfied and excited for the even more action-packed Season 2. The second season of the drama is dramatically charged, and each episode ends with a cliffhanger, making it perfect for binge-watching.

Even with all of the positive reception that the show has garnered, many Bronx Science students are still hesitant to start watching a whole new series. “It seems similar to another Netflix show called ‘On My Block,’ and it gives representation to minorities and inner cities,” Uchechukwu Uwanaka ’22 said.

But the success of ‘All American’ suggests that most teenagers are finding it worth their time. Right now, while we are in a time of social distancing, isolation, and quarantine, and school campuses are a fading memory, the show is an escape and a promise of good times to come.

To watch ‘All American’ on Netflix (subscription required), click HERE.
“It beautifully touches on multiple topics that society stigmatizes, which is why I love the series so much.” said Jensy Jimenez ’22.