The Science Survey • May 11, 2020 • https://thesciencesurvey.com/arts-entertainment/2020/05/11/art-religion-politics-and-power-a-review-of-medici-the-magnificent/

Art, Religion, Politics, and Power: A Review of ‘Medici the Magnificent’

Are you looking for enrichment during your quarantine? Watch 'Medici the Magnificent,' a beautiful blend of art, religion, politics, and power set during the Italian Renaissance. 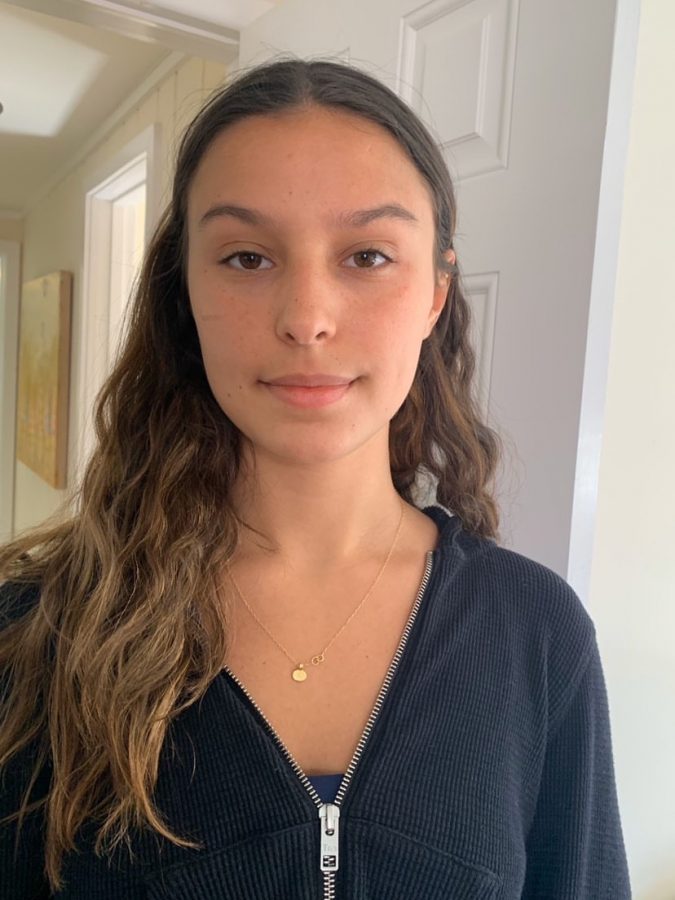 Aerin Mann ’21 found that the show was accurate in portraying the difficulties of being the most powerful family in Florence during the Italian Renaissance. "The Medici's faced a lot of multifaceted problems, and it’s very impressive that Lorenzo was able to always think two steps forward," Mann said.

Period dramas are an unfamiliar genre of entertainment that may seem very boring to most high schoolers who want some action and laughter. These dramas usually center around the economic or social hardships that an elite European family endure. However, the Netflix show ‘Medici the Magnificent’ has more depth to its story and captivates the viewer through every scene.

I started watching this show because I recognized two of the actors: Daniel Sharman, who plays Lorenzo de’ Medici, and William Franklyn Miller, who plays Giovanni de’ Medici. However, I was surprised to realize that neither actors were in the first season and that I would not see Miller until the third. This is because the cast of each season is almost entirely different, which can make the start of each season a little jarring. The cast changes because the three seasons cover the lifespan of four generations of the Medici family, so the cast “ages” each season.

The third and final season was released on May 1, 2020, but you must start the Netflix show from the start, with ‘Medici Masters of Florence’. ‘Masters of Florence’ centers around Cosimo de Medici, the son of Giovanni de’ Bicci de’ Medici. Giovanni was the founder of the Medici bank and came from a family of wool merchants. At the time a portion of Florence’s noble class did not believe that the Medici’s were deserving of a noble position on the Signoria (an influential political council in Florence), and when Giovanni died, Cosimo had to step into his father’s position at the Signoria. This shift in leadership in the Signoria’s members is the starting point in the show’s storyline, and viewers get to understand how Cosimo got to where he was at around 40 years old and how the choices that he makes during the season affects Florence.

Not only do we get a look into Italian politics, but we also experience the beginnings of the Renaissance through Cosimo’s love of the arts and architecture. A huge portion of the show is centered around politics, but the snippets of family life, power moves, and Renaissance artwork help to balance the overwhelming political agendas. Leonardo Da Vinci, Michelangelo, and Niccoló Machiavelli even make appearances. Although the inserts of artistic life may seem out of place among the confusing yet informative political scenes, they reinforce the vast influence that the Medici’s had on this artistic movement in the 15th century. “Especially since ‘Medici’ is set during the Italian Renaissance, I think that it will be interesting to see how the cultural movements during the period rival with the political issues of that era,” Lavanya Manickam ’21 said.

Season Two sees Lorenzo (Cosimo’s grandson) transform from a naive and unfocused young adult to a family-first business man. Season Three twists his character to make immoral decisions to protect his family, and we see his choices’ effects in each episode. The motto in Season Three switches from Season’s Two motto, “Be good, do good,” to Season One’s motto, “Do bad to do good.” Aerin Mann ’21 said, “From Season 2 to Season 3, the audience gains a lot of insight into why those mottos change, and while in the real world we might never excuse the “Do bad to do good” mantra, you still find yourself rooting for the Medici in the end.” The show is able to capture why politics and religion do not mesh well and how trying to place Florence at the center of the map may harm the Medici.

Sharman does an excellent job playing Lorenzo the Magnificent. He is able to depict desperation, confidence, and cleverness all in one episode. The acting of this character’s various dimensions is well-done. Some may recognize Sharman from ‘Teen Wolf’ or ‘The Originals,’ but I assure you that Sharman has developed from these teenage drama roles into playing a credible politician with power. Fans of ‘Merlin’ and ‘Game of Thrones’ may also enjoy Medici because actors from those shows appear in Medici. Ekaterina Balsan ’21 noted, “Richard Madden in the first season, Daniel Sharman in the second and third, and Sean Bean are a few of the actors whom I have seen in other shows,” so keep a lookout for some familiar faces.

You do not need to watch every scene with the Pope or a group of men appealing to a Cardinal to understand the storyline. Viewers can skip around if they get bored, and I think they will still be able to understand the gist of the show. “I think the show did a really great job making every plot line, relationship, or political scheme into something that is super intriguing, but I found myself lost in the politics of it,” said Mann. So, it is completely understandable if you are slightly confused.

Viewers get to experience what marrying for advantage over love was like for both parties.“The women in the show all appear as powerful and incredibly interesting rather than as mere background players to their husbands. I think that the show does a really great job showing women as leaders, even when they are often ignored by the history books,” said Mann.

We witness corruption bloom out of fear of the future, rather than hear about it through a textbook or a lecture. The show allows us to understand why and how people make the decisions that they make and how easily people are influenced by those around them. The audience sees in every season that it is possible for those closest to us to betray our entire families. The messages in this Netflix show run deep, and even with its slight historical inaccuracies, Medici is highly educational.

To watch ‘Medici the Magnificent’ on Netflix (subscription required), click HERE.
“From Season 2 to Season 3, the audience gains a lot of insight into why those mottos change, and while in the real world we might never excuse the “Do bad to do good” mantra, you still find yourself rooting for the Medici in the end,” said Aerin Mann ’21.