Entertainment During the COVID-19 Pandemic

There are various ways to entertain yourself this quarantine. 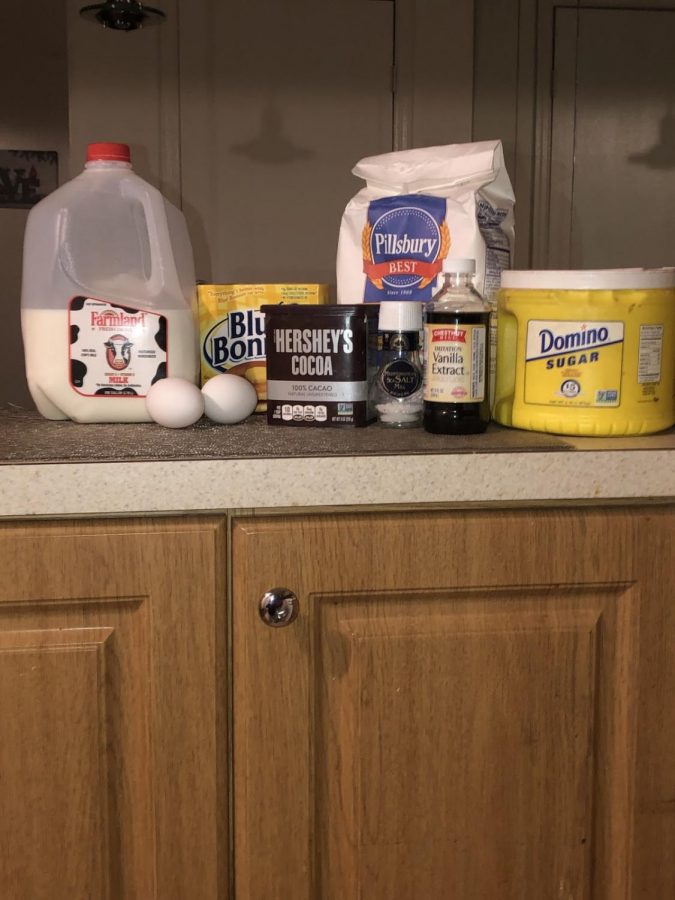 Many have filled up their extra time during quarantine by practing the art of baking. “During quarantine so far, I have baked brownies. It was fun, but a bit difficult, as I unfortunately had some trouble finding the ingredients in my house,” said Helen Jeong ’21.

Now that responsible citizens around the world are practicing social distancing in the hopes of flattening the curve, we must all seek ways to entertain ourselves that do not include going outside. Thankfully, there are plenty of ways that we can occupy our time at home.

First and possibly foremost are streaming services. Membership to Netflix has skyrocketed during the pandemic and the streaming giant now has around 182 million subscribers. With over 1,500 hours of original content, it is clear why many have turned to streaming services like Netflix to fill their time. From documentaries like Tiger King: Murder, Mayhem, and Madness to romance films like To All the Boys I’ve Loved Before to comedy specials like John Mulaney’s Kid Gorgeous, Netflix has content for everyone. Memberships to other streaming services like Disney+, HBO, and Hulu have also drastically increased since states have issued stay at home orders.

Aside from streaming services, musicians have continued to create content in the hopes of entertaining the world during this period of social distancing. Many of those who can no longer go on tour are taking part in virtual concerts. The “One World: Together at Home” concert Lady Gaga hosted featured performers such as Billie Eilish, Sam Smith, and Elton John. The virtual concert was streamed on several platforms including NBC, ABC, Facebook, Instagram, Youtube, and Twitter and was able to rack up over 127 million dollars for coronavirus relief efforts. Chrissy Teigen, John Legend, Keith Urban, and Coldplay member Chris Martin are only a few of the celebrities who have taken to Instagram to entertain fans. Billboard has also started “Billboard Live At-Home” where they feature musicians like Grace VanderWaal and Tori Kelly singing from their homes.

Meanwhile, musical theatre composer Andrew Lloyd Webber has turned to Youtube to entertain Broadway lovers. Webber has started the Youtube channel “The Show Must Go On!” where every Friday he has released a full-length Broadway show that he has composed. So far, Webber has released shows like The Phantom of the Opera, Love Never Dies, and Jesus Christ Superstar. Full shows are accessible for 48 hours after they have been released and selected clips remain on the channel for longer periods of time.

Along with Broadway, talk shows are also surviving the pandemic. Talk show hosts like Trevor Noah, Jimmy Kimmel, and Stephen Colbert have all brought their shows to their households and continue to both entertain and inform the public. Talk show hosts are even taking advantage of the change in scenery. Trevor Noah has renamed The Daily Show into The Daily Social Distancing Show, Jimmy Kimmel has included his kids in various sketches, and Stephen Colbert has recorded episodes from different parts of his house, including his backyard and his bathtub.

For those who seek educational benefits aside from the news, several forms of at-home entertainment can supplement remote learning. Virtual tours of places like the Metropolitan Museum of Art, the Museum of Natural History, the Guggenheim, the Louvre in Paris, the Vatican Museum in Rome, and much more can be found online. People of all ages have also taken to increasing their knowledge of a language or learning a new language all together. Business Insider reports that between March 9th and  March 30th, 2020, Duolingo, a popular language learning app, experienced a 148% increase in new members. The apps Rosetta Stone and Babbel can also aid language learning during this period of social distancing. On both apps, content that previously required a subscription to access is now free for K-12 students to explore.

Another form of entertainment that cannot be forgotten is brought to you by Bronx Science’s own students. Wolverine TV has released 27 episodes since quarantine has started. Episodes include the morning announcements and segments like “Krish’s Krazy Challenges,” “Drama with Samama,” “Game Pigeon Battles,” “Minecraft Minigames,” and vlogs. “What I like about quarantine Wolverine TV is that despite the current situation, we can still see the student body and teachers interact and participate in fun challenges and activities,” Helen Jeong ’21 said.

Then there are all the other ways students have chosen to spend their time. To fill up extra time, students at Bronx Science have taken on various endeavors. They have baked cupcakes and banana bread, made various coffee drinks including a snickerdoodle coffee and a Vietnamese egg coffee, and cooked pasta for their families. They have figuratively lost themselves playing Animal Crossing and literally lost themselves in the virtual Bronx Science that now exists on Minecraft. They have ventured into the worlds of various TV shows and movies. “I watch documentaries and listen to music that I grew up listening to. My family and I also spend time together every night,” said Tayesha Hossain ’20, recommending the documentary Amazon Empire: The Rise and Reign of Jeff Bezos. Aside from spending more time with family members, students have found additional time to spend with their pets.

Personally, I have taken to watching movies like 20th Century Women and The Perks of Being a Wallflower, playing Uno with my sister, watching Youtube videos, and listening to music. Though almost all activities in our daily lives have moved inside, it is clear that there are still plenty of ways to entertain ourselves. We’ll get through this, one Netflix show at a time.
“What I like about quarantine Wolverine TV is that despite the current situation, we can still see the student body and teachers interact and participate in fun challenges and activities,” Helen Jeong ’21 said.