Why ‘The Office’ is Worth the Watch 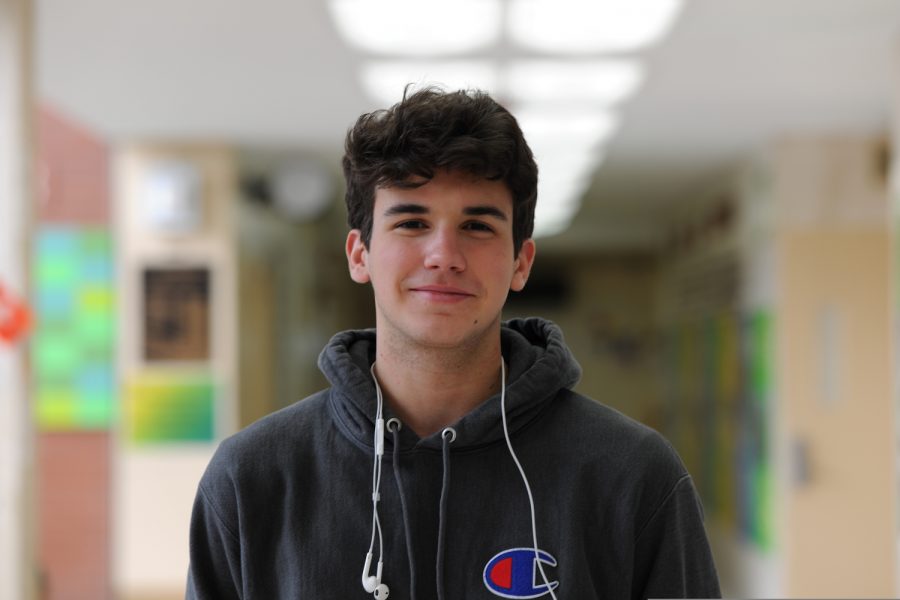 Devin Lobosco '20 is an avid fan of 'The Office.' "It's an amazing show," Lobosco said.

A couple of weeks ago, I finished my first watch-through of The Office — and let me tell you, it was glorious. For those of you who have yet to witness this cinematic masterpiece, I’d suggest waiting to read this article until after finishing the series. It’s worth the wait to avoid the spoilers. You’re welcome.

The Office is a comedy series filmed in the style of a documentary. The documentary crew covers the Scranton branch of the Dunder Mifflin Paper Company. Over the course of nine seasons and a whopping 201 episodes, The Office transitions from satirizing the more mundane aspects of everyday office life to delving into the character’s individual stories. And even though it’s not immediately evident in each hilarious episode, after finishing the show, I think the series is important beyond its humor and its contributions to comedy.
The Office shows us what’s most important in life. It’s critical to keep a sense of humor, even when things go wrong.
The Office is hilarious, significantly more addictive than potato chips, and incredibly well written, but it’s also moving. The characters on the show are realistic and dynamic, and even the caricatures have layers. In the words of Devin Lobosco ’20, a fellow enthusiast of The Office, “These characters are real, they’re flawed, and they’re just trying to figure everything out like the rest of us.”

Just like the rest of us, when given the opportunity to look back at how their lives have played out, everyone from Phyllis Vance to Creed Bratton gets pensive. In the final episodes of the show, the office workers get a chance to watch the first bit of the documentary. Let me tell you- what’s meant to be a lighthearted comedy gets beautifully deep, and quickly. Here are a few of my favorite quotes:

“I thought it was weird when you picked us to make a documentary. But all in all, I think an ordinary paper company like Dunder Mifflin was a great subject for a documentary. There’s a lot of beauty in ordinary things. Isn’t that kind of the point?”

The Office shows that even an average work day is worthy of a documentary film. Even though the entire show is centered around following a paper company, it is a rare occasion when the show actually dives into the technicalities of the workers’ jobs. It’s the people who stay front and center from start to finish– as they should be.

“I’m happy that this was all filmed so I can remember everyone and what we did. I worked for a paper company all these years and I never wrote anything down.”

Life is short and fast. Phyllis reminds us to live in the moment, remember the little things along with the big ones, and, every once in a while, take the time to write down some memories.

“I applied for a job at this company because they were hiring. I took a desk at the back because it was empty. But, no matter how you get there or where you end up, human beings have this miraculous gift to make that place home.”

The most hilarious part of this quote, in my opinion, is that Creed gets hauled off by the police directly afterwards. You’ll get it if you watch the show, promise. Regardless, Creed is exactly right.

“It’s just hard to accept that I spent so many years being less happy than I could have been. I’m really happy now, but it would just…just make my heart soar if someone out there saw this and she said to herself, ‘be strong, trust yourself, love yourself. Conquer your fears. Just go after what you want and act fast, because life just isn’t that long.’”

Life is short. Take the jump!

“I wish there was a way to know you’re in the good old days before you’ve actually left them.”

You don’t know what you have until it’s gone. Appreciate things while they last.

The Office shows us what’s most important in life. It’s critical to keep a sense of humor, even when things go wrong, and we must remember that the most important parts of our lives, especially going through high school, aren’t the tests or grades. It’s our everyday interactions with the people around us that make moments worth remembering.

You can watch all episodes and all seasons of The Office through Amazon Prime HERE.