Hollywood is Stuck in a Black and White World

What the Academy Awards reveal about the film industry at large. 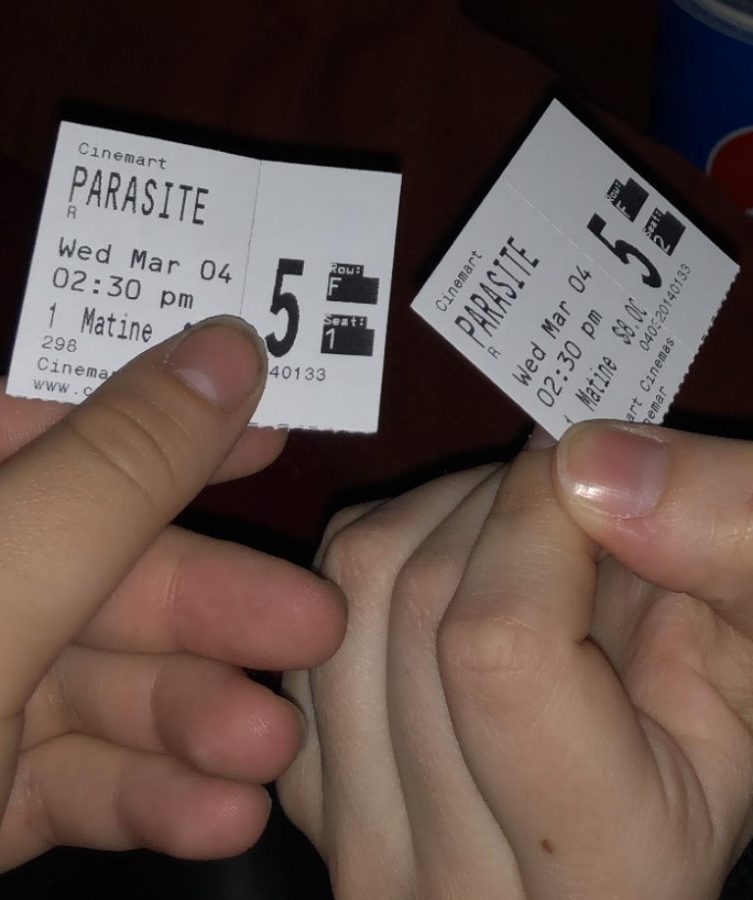 For many major studios, financials are everything. While green-lighting movies created by up and coming women and people of color can often be seen as a risk, we can best show our support through going out and watching these movies.

“Oh my God.” Halle Berry stood from her cushioned seat, gripping her dress as she took the stage. “Oh my God.” Eighteen years ago, Berry became the first woman of color to win the Best Actress award at the Oscars. People all across America huddled around the nearest television, watching as a teary-eyed Berry gave her speech.

“This moment is so much bigger than me. This moment is for every nameless, faceless woman of color that now has a chance because this door tonight has been opened.”

The win truly felt like a new frontier, pushing a wave of increased diversity as the new century began. But in the beauty of featuring color on the awards stage, it was easy to forget about the sea of white that made up the audience sitting right behind the cameras.

Year after year, up and coming creators and actors of color are overlooked during awards season in favor of more established white names. In the predictable nature of the Oscars, it can be hard to view it as anything more than just shameless advertising that is reserved for the same handful of people.

However, at the 92nd Academy Awards on February 9th 2020, Parasite made history in being the first non-English film to win Best Picture. This signified a larger understanding that a film created for a non-Western audience could be understood and esteemed for its larger themes and execution here in the United States. But with the other categories being dominated by the same white men despite more works of people of color and women, like Greta Gerwig and Taika Waititi being snubbed for a directing nomination in favor of Martin Scorsese and Quentin Tarantino, viewers should realize that award ceremonies likely shouldn’t be turned to as a marker for change.

For movie-goers, it’s easy to look at the cast lists of new movies and recognize the strides made in on-camera representation for women and racial minorities. According to the 2020 UCLA Hollywood Diversity Report, only 15.9% of the top-grossing movies in 2019 had casts made up of less than 11% minority actors. Although there is still a fairly large group of movies with abysmal representation, this signifies a larger positive development, as in 2011 more than half of the top-grossing movies had a cast made up of less than 11% minority actors.

This trend towards more casting diversity is reflective of the buying power that minorities have. In 2019, minorities accounted for at least 50% of ticket sales for nine of the top ten films. Those films that had the highest median global ticket receipts had casts made up of 41% to 50% minority actors.

Yet what viewers see on screen is only a part of the discussion on diversity. Directors, writers, and, most importantly, studio executives are still made up of mostly white men. When examining 145 2019 films, 15.1% were directed by women and 14.4% were directed by people of color. 17.4% of those films were written by women and 13.9% by people of color. When the report analyzed all senior executive positions in eleven major and mid-major studios, it found that 93% percent are held by white people and 80% by men.

There are unique experiences that come with living as a minority in America that shapes the way that we see the world. A director of color would bring a different perspective to a film than a white director, as would a female director when compared to a male director.

While this has the potential to alienate white male viewers, movies made by white men also have the potential to alienate minorities. The voices of people of color and women should not be ignored or suppressed, but studios often forego those groups in order to cater to award voters. As of 2019, the Academy of Motion Picture Arts and Sciences has an Oscar membership that is 31% women and 16% people of color.

The failure to finance and support the perspectives and stories of minorities represents a disinterest in executives to truly champion diversity. When looking at the booming diversity on-screen with only minimal change behind the camera, it seems that it can only be attributed to a realization that diversity sells but a lack of diversity secures awards.

Though the stats can be disheartening, real change is in the works. In 2016, the Oscars pledged to focus on diversifying their voter pool. Since then, they’ve been extending invitations to a more mixed group of potential members. While they are still majority white men, they recognize that a lack of diversity has affected voting and they are trying to correct it.

But they didn’t realize this on their own. The efforts of activists and everyday people pointing out the whiteness of the Oscars prompted the Academy to make changes. So, while diversity behind the screen is currently lacking, the future looks a lot more colorful.
“This moment is so much bigger than me. This moment is for every nameless, faceless woman of color that now has a chance because this door tonight has been opened,” said Halle Berry.