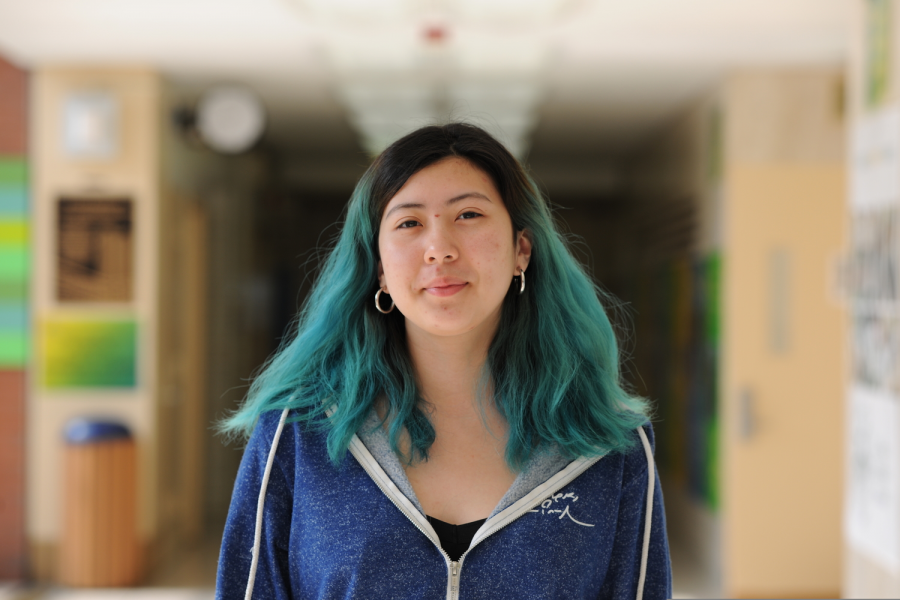 Jing Mae Wang '20 won 2nd place in New York City in 2019 with her stunning monologue as 'Beatrice from Much Ado About Nothing' and Sonnet 27.

The English-Speaking Union has been thriving since 1920, when it was first organized with a mission of awarding scholarships and fighting for the continued appreciation of literature, poetry, theatre, and other language arts. The Union is recognized for its annual National Shakespeare Competition, a prestigious, rigorous tournament that allows high school students to display their acting skills and talents by memorizing and performing a Shakespearean monologue and sonnet.

The competition starts in schools all around the country and then works its way up to semi-finals, then finals, and culminating into nationals at Lincoln Center. Last year, Bronx Science’s own Jing-Mae Wang ’20 advanced all the way to finals, where she was awarded 2nd place in New York City with a monologue by Beatrice from Much Ado About Nothing. In 2018, she competed with one of Juliet’s monologues in Romeo and Juliet.

“Getting that far was nerve-wracking but very exciting,” said Wang. “Actually getting to perform on stage was so rewarding. When they announced the winners, I was so happy and shocked. It always feels good to have your hard work and passion be recognized.”

Wang has been performing ever since she could remember, but it was her participation in Bronx Science’s production of Letters to Sala that made her realize that she wanted to pursue a career in the field and pursue a BFA in acting in college.

“Going to a rigorous STEM school like Bronx Science can be challenging for those more interested in the humanities, especially the performing arts,” said Wang. “If you know you like performing, then you should seek out opportunities that will allow you to perform. In just competing in the Shakespeare competition, I have grown so much and have begun to shape and develop my skills in not just Shakespeare, but also with performing at large. There are a lot of great opportunities out there; you just need to go get them.”

Ethan Hall ’20 has also participated in Bronx Science’s competition. In past years, he has performed as Bottom from A Midsummer Night’s Dream and Hamlet from Hamlet. Hall started acting in seventh grade with a production of Peter Pan and worked his way up to Arsenic and Old Lace at Bronx Science during his sophomore year.

“I have been a big fan of Shakespeare ever since first reading Romeo and Juliet in my seventh grade English class,” said Hall. “I competed in the Shakespeare Competition to show the judges my strong understanding of the material.” While Hall is an aspiring STEM major, he intends to join improv and drama clubs on his college campus.

Annelise Nussbacher is a big name in the Shakespeare Competition. She is the Education Coordinator at the ESU and serves as the first point of contact for hundreds of ESU Branch officers, members, teachers, students, volunteers and lifelong learners who are involved in the program. Nussbacher generates the annual monologue and sonnet packets, handbooks, and support documents. On occasion, she organizes and facilitates events, workshops, and discussions related to the competition, and she supports teaching artists. Last year was her first year organizing the competition.

“My first memory of Shakespeare is a battered library copy of No Fear Shakespeare’s A Midsummer Night’s Dream that I read in, fittingly, a midsummer’s day when I was eight years old. The story and language delighted my imagination more than anything I’d ever read. Shakespeare’s work remained a thread in my education that wove in and out somewhat from year to year,” said Nussbacher. “It is one thing to read, watch or study Shakespeare, but it is something else entirely to perform it. My relationship with Shakespeare’s work now is inextricable from my growing understanding of and attitudes toward performance and performativity, which considers gender, race, socio-economic status, and ability.”

Nussbacher’s passion for Shakespeare continued in college, and she wrote her thesis on a feminist psychoanalysis of Titus Andronicus. Of all the programs that she supports at the ESU, the annual Shakespeare Competition is the one about which she is most passionate and of which she is most proud. Her favorite part of the competition is the New York City semifinals at the ESU office. For the better part of a week, the house is flooded with nervous and excitable students, teachers, and parents, and it becomes Nussbacher’s sole responsibility to show up for and support those students to the best of her ability.

“If you want to do it — participate in the competition, audition, act, whatever — do it,” said Nussbacher. “Doing it is the only way you’ll get better at it, and the only way you’ll ‘make it,’ whatever ‘making it’ means to you. This is true for all goals in life. You regret the things that you don’t do more than the things you do, which is to say that if you don’t take the shot, you’ll regret it a lot more than if you take the shot and miss.”