An Unexpected Treat: A Review of ‘Sonic the Hedgehog’ 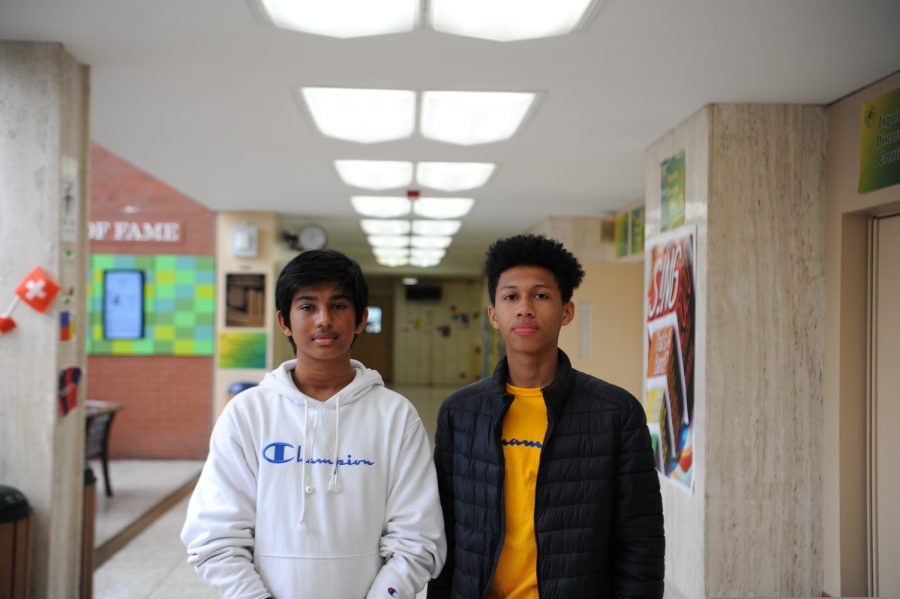 Elijah Carwin ’22 and Adib Chowdhury ‘22, longtime fans of SEGA, believe that Sonic the Hedgehog was one of the best game to movie adaptations of all time.

As the crowd straightened their iron-pressed suits and armed themselves with chocolates and roses, there was anticipation in the hearts of all for this very special day. The long-awaited Sonic the Hedgehog movie was finally in theaters. Spoilers aside, this was a story of an extraterrestrial hedgehog who embarks on a whimsical quest with a sheriff to retrieve his rings and, more importantly, find friendship. While originally I had my doubts about this movie, in the end, Sonic the Hedgehog was a truly refreshing return to a much-loved game and media franchise.

For all the readers who have ignored social media for the past couple of months or never bothered playing the games or watching the shows, you may be unaware who Sonic is. Simply put, he’s the brainchild of a Japanese company: a shockingly and unnaturally blue hedgehog whose sole purpose in life is to beat Doctor Ivo “Eggman” Robotnik. In the movie adaption, Ben Schwartz voices Sonic, Jim Carrey is Doctor Eggman, and James Marsden is Tom Wachowski. “Jim Carrey as Eggman may have been one of Paramount’s smartest choices when planning this movie. He makes Eggman’s lines sound far more emotional than how they did in the television show,” said Elijah Carwin ’22. Carwin also agreed that Schwartz brought the right type and amount of humor necessary to properly portray Sonic, while Wachowski’s chemistry gave the jokes a boost.

As mentioned before, I was slightly reluctant to watch Sonic the Hedgehog and honestly would have skipped out if not for my childhood memories and the $5 AMC tickets on Tuesdays. One major concerning aspect was the contents of the trailer that came out on April 30th, 2019. “The Sonic in that trailer was a lanky and human-eyed monster that looked like a mishmash of a raccoon and the bear from those toilet paper ads. I wouldn’t bear to watch that thing run around the screen for an hour and a half even if you paid me,” said Adib Chowdhury ‘22. Another concern was the track record of book and game adaptations to the big screen. “If big names like The Hunger Games and Percy Jackson flop in the movie industry despite their fanbase, what makes Sonic’s movie any different?” Chowdhury said. It turned out that the movie company’s response made all the difference.

Paramount Pictures read the trailer comments, scrolled through the Reddit memes, and noticed the like to dislike ratio on Youtube. They pushed the release date back from May to February, giving themselves enough time to redesign the character and drop an updated trailer. Public opinion swung back in their favor and praised the decision to listen to the public rather than to follow a deadline. The masses began to flock to watch the movie and it was a hit, currently holding the U.S. and Canadian record for the largest opening weekend for a video game adaption. I and many others decided to give Jeff Fowler a chance and we were not disappointed. The film’s ability to draw laughter from people of all ages and all backgrounds was impressive. There were die-hard fanatics in the middle chuckling at an inside joke regarding enchiladas and families in the front laughing at Schwartz and his clever wordplay. The plot was enough to keep the audience sufficiently occupied and the fights and choreography were Michael Bay impressive.

“I had a good time watching Sonic the Hedgehog. It is definitely one of the better-animated films I’ve seen, and it has solid replay value. If the company decides to make a sequel, you’ll probably spot me on opening night,” said Carwin. Ultimately, in paying tribute to the Sonic that so many viewers grew up with, the movie won the hearts of its critics.

To watch Sonic the Hedgehog on Vudu, click HERE.

The film’s ability to draw laughter from people of all ages and all backgrounds was impressive.