Well, Hello There. Who Are You? 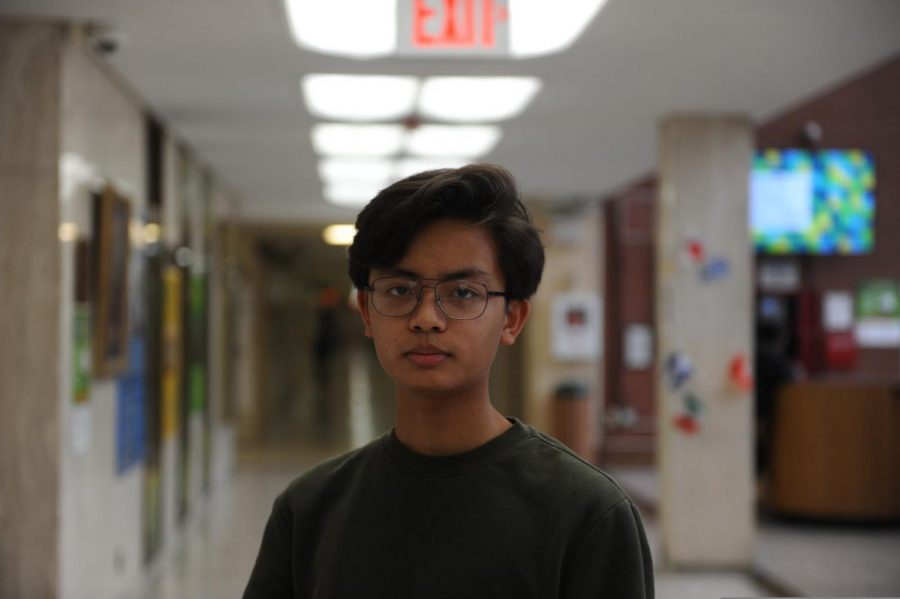 'You' has received widespread acclaim from both critics and viewers. “There was a purposefully comedic tone in how intense Joe was at times. Some of his actions seemed so far-fetched or so toxic that the audience had no choice but to laugh at the ridiculousness of it all,” said Aidan Domondon '21.

Beginning on the Lifetime Network, the television series You has exploded in popularity. It follows the story of an obsessive boyfriend looking to perfect his every move to win over his targets. He aims for perfection, and will stop at nothing to accomplish his goals.

Based on the Caroline Kevin novel You, the TV series explores the issues with modern dating in a cynical setting. The first season garnered a rapid following, receiving critical attention for its mixture of themes found in romantic comedies and psychological thrillers. Set in New York City, You follows Joe Goldberg, played by Penn Badgley, an obsessive stalker-murderer who everyday people take as a nice guy, on his quest to find true love. In season one, Joe believes he has found the perfect girlfriend, Guinevere Beck, an aspiring writer attempting to make it big in the city. At first, viewers may see the show as a cliche romantic story, but as the number of killings on Joe’s list expands, later episodes reveal the true horror in the nature of the show. However, the real entertainment isn’t found in Joe’s bloodthirsty killings, but rather his insatiable desire to be one step ahead一 to know every move and action of his targets. His killings are a result of his struggle to keep everything under his total control, and each successive murder presents a greater challenge to cover his tracks. Oddly enough, instead of villainizing Joe, his struggles provoke empathy. “It brought in the perspective of the stalker, so, often enough, his actions seemed justified as he humanized his motivations. This element really made me feel the show was worth it,” said Aroni Goongoon ’21. As Joe’s control-freak attitude is developed throughout the first season, jealousy, obsession, misogyny, and rejection become highlights of Joe’s attitude. Each rejection and failure feeds his desire for perfection, a perfection he is willing to attain at all costs.

Fleeing the rejection he faced in season one, season two continues this pattern, with Joe now living in Los Angeles under a new identity and job. Trying to keep his presence low, Joe finds a new target, Love Quinn, for him to become the perfect boyfriend for. Yet, in an odd twist of events, Joe begins to see himself in Love (no pun intended). On the surface, Love is a seemingly sweet and innocent woman. However, as the season progresses, Love’s faults slip through the cracks, revealing a personality that is akin to Joe’s. Providing an insight into Joe’s character, his eventual rejection of Love presents his hypocritical outlook of what it means to find true love. Joe yearns for perfection, but refuses to accept the faults of others. He actively tries to eliminate imperfection, rendering it impossible for him to find actual love.

A prevailing theme found in both seasons of You is the impact of social media on dating and personal privacy. In an effort to “study” his targets, Joe often stalks their social media pages to extract every bit of information possible. You is an eye-opener into the thoughtless social media posting many participate in. Within minutes, Joe is able to figure out where his targets live, their personalities, past relationships, favorite foods, and more. “I think You has such widespread acclaim because it is true for the time we live in. Past all the artistic liberties taken and the inclusion of comedy via dramatization and exaggeration of Joe’s actions, the essential message the show and its book are trying to convey stay true. Although we have been doing a better job at keeping it in check as well as nipping it in the bud by re-educating people, stalking, obsession, and misogyny are prevalent in society,” said Aiden Domondon ’21.  You is not only a dark interpretation of love, but rather a twisted reflection of the twenty-first century. It is divisive, confronting, and at times, even distressing.

To watch You on Netflix, click HERE.
A prevailing theme found in both seasons of You is the impact of social media on dating and personal privacy.