Hop On Down to Brooklyn for New and Exciting Adventures! 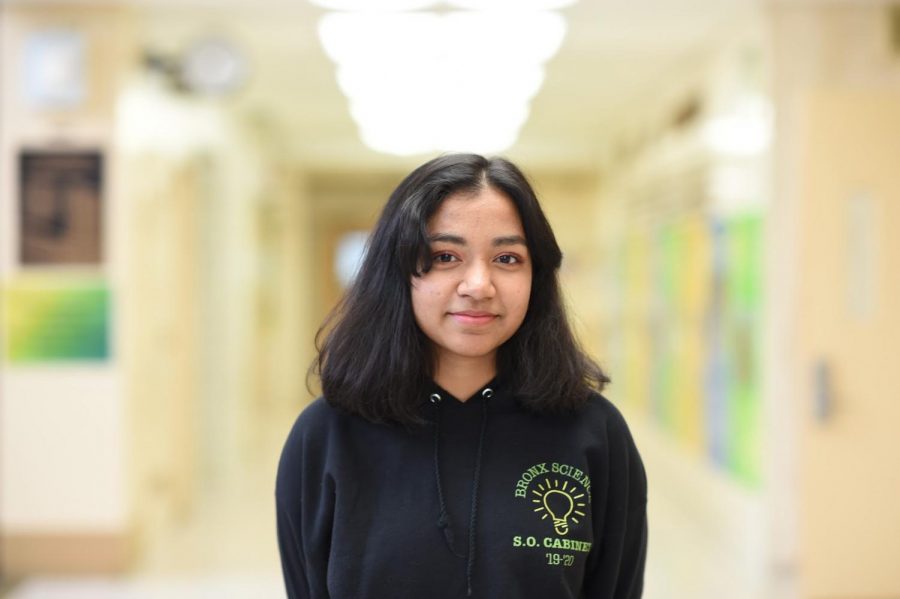 Brooklynite Lamisa Nubayaat '20 has ventured through all of the boroughs to explore and experience different cultures: music, food, and history. “People often get surprised when they’re in Brooklyn! This borough has played a major role in developing American culture ranging from cinema to literature to the arts,” said Nubayaat.

Brooklyn has increasingly become one of the most-talked-about and gentrified places with a hotbed of diverse art, food, culture, and endless stress-relievers. Born and raised in Brooklyn, I have made many incredible memories with my family as we wandered through breathtaking neighborhoods from Williamsburg to Bay Ridge to Sheepshead Bay.

The journey to your destination is an essential part of the adventure, so whether you choose to take the F train to York Street or simply ride a bike, I suggest visiting Dumbo where the Empire Fulton Ferry State Park and Jane’s Carousel are located. I recommend taking a spin on the beautifully painted and wooden horses at Jane’s Carousel to re-experience your childhood self. Additionally, the Empire Fulton Ferry State Park offers a scenic view of Queen’s waterfront and northern Brooklyn and holds many piers allowing families and friends to get out on the basketball fields or playgrounds, take a stroll outdoors, and watch the sunset along the boardwalk.

For a variety of other activities, local residents Sadiya Hossain ’20 and Sajidur Rahman ’20 find it best to take the B or Q train to Prospect Park and walk to the 1905 Beaux-Arts style boathouse beside the LeFrak Center at Lakeside, an ice skating rink during the winter or roller skating during the summer. I often like to say that Prospect Park is a “two for one” given that it provides bonding activities ranging from ice skating to boating to biking and allows people to release their stress with walks.

“Since I live next Prospect Park, I’ve developed a weekly routine of visiting the park and simply surrounding myself in nature which tends to uplift my spirits and prepare me for the next week,” said Rahman ’20.

These exercises are great ways to get outside and have fun. Prospect Park is also home to the Brooklyn Museum, composed of many remarkable and infamous artworks, and is neighbors with the Brooklyn Botanical Garden.

As one of the most culturally diverse boroughs, Brooklyn is a melting pot with as many as 200 different languages spoken and a 40 percent foreign-born population. Try a bite of delicious food from different cultures by visiting 8th Avenue on the N Train Line in Sunset Park, Japan Village in Industry City, and Korean Uzbeki. And while Flushing is known as the Chinatown of Queens, 8th Avenue is known as the Chinatown of Brooklyn. With new businesses rising along 8th Avenue, the streets are lined with bakeries, vendors, restaurants, and community organizations in the Fuzhou, Cantonese, and Manderin populations. It wouldn’t be surprising for travelers to encounter two to three bubble tea shops on the same block while they explore the taste and blend of different styles of authentic Chinese food.

After that, I recommend traveling to Industry City’s Japan Village. Owners Tony Yoshida and Takuya Yoshida opened the marketplace up to the public in November of 2018, separating many of Japan’s popular food and snacks into several stalls from soba noodles to street vendors such as okonomiyaki, a savory Japanese pancake, and dango, a sweet Japanese dumpling. “We want it to feel like you’re in a market in Japan, not a Japanese grocery store in Manhattan. All of our food is food you would typically find in Japan. It’s not Asian fusion or anything like that,” said Takuya in an interview with Eater New York in 2018.

In the realm of fusion cuisine, Korean Uzebeki is a cafe run by descendants of Korean nationals who settled in Uzbekistan, deliciously mingling two very different cultures. I suggest ordering the samasa and some a la carte sides which resemble the small appetizers that are typically served before Korean meals.

Every Brooklynite is a fan of Williamsburg, one of Brooklyn’s most primordial trendy neighborhoods. With its local indie music concerts, contemporary art galleries by local artists, and vibrant nightlife, Williamsburg is a living embodiment to the Brooklyn hipster cliche. “Williamsburg has become one of my personal favorite hangout spots because my friends and I enjoy shopping at local thrift stores including the L Train and Buffalo Exchange,” said Lamisa Nubayaat ’20. The area is filled with sensational social activities such as the spring-and-summer food festival called Smorgasburg, where people could sample a variety of food vendors and devour their spoils as they view the East River. At the end of your travels, I promise that it’ll be hard for you to not fall in love with Brooklyn.
“Since I live next Prospect Park, I’ve developed a weekly routine of visiting the park and simply surrounding myself in nature which tends to uplift my spirits and prepare me for the next week,” said Sajidur Rahman ’20.