The End of a Galactic Era: a Review of the Star Wars Saga 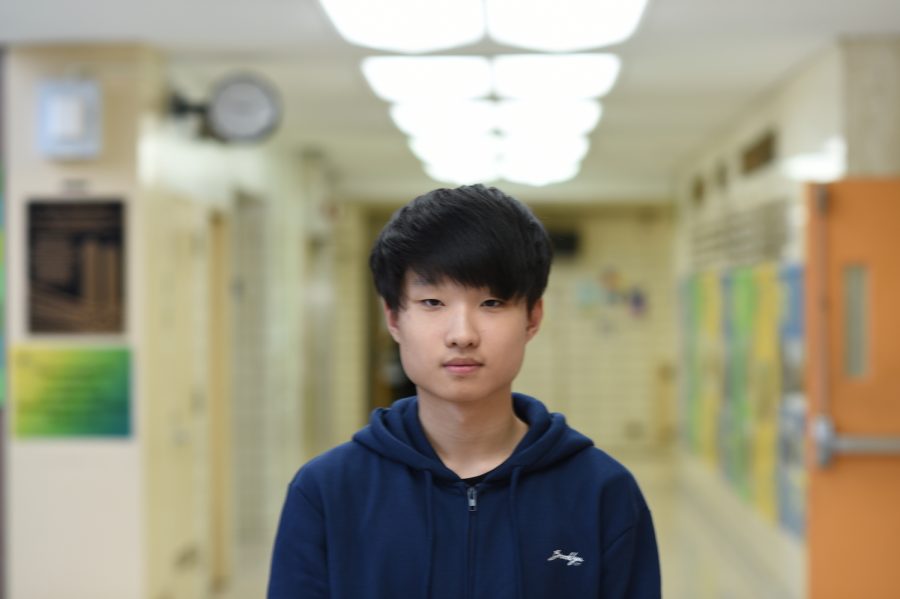 Kevin Kim '21 is a huge Star Wars fan and has very strong opinions on each of the movies. He believes that ever since “Disney bought LucasFilms, the fate of Star Wars seemed uncertain,” but he thinks that the new movies did a great job incorporating new characters and did a good job transitioning from the original trilogy to the new one.

A long time ago, in a galaxy far far away, Star Wars didn’t exist. With movies like Rocky, Taxi Driver, and Carrie coming out, some would consider pre 1997 a dark time. However, ever since Star Wars Episode IV: A New Hope debuted on May 25th 1977, the movie industry has veered onto a better, bigger course. The massive amounts of CGI, masterfully choreographed lightsaber duels, and possibly the biggest plot twist in movie history makes Star Wars a characteristic of the late 20th and early 21st century. With all that being said, some movies aren’t as great as others, but the Skywalker saga has finally come to a conclusion with Episode IX: The Rise of Skywalker this past December. To save you time when you choose to binge the series, I have composed a list of the movies you can sleep through and the ones that will keep you on the edge of your seat.

This movie was a pure cinematic mess. There’s a reason why most fans of Star Wars consistently rank it as one of the lowest on their list, or in most cases the lowest. It’s an hour of politics on Coruscant, combined with the annoying young Anakin, and his infamous quote: “Now this is podracing.” Worst of all, it introduced Jar Jar Binks, possibly the most ruthlessly irritating character in the entire Star Wars saga, whose sole purpose is to provide comic-relief but continuously fails to do so. The one redeeming factor of the movie was the final fight scene with Darth Maul, which introduced the first acrobatic and fast paced lightsaber duel in the saga! Overall, wherever you watch it, you’re bound to hear a few snores and would probably be better off sleeping yourself.

8) Attack of the Clones

This movie suffers from most of the same downfalls as The Phantom Menace, but has a few more likeable points. Anakin’s monologue about sand was deathly boring, and the scene where he goes ballistic on the sand felt out of place. There was a failed attempt at a romance between Anakin and Padme, which ended up turning into a collection of various funny bad lines, such as comparison between Padme and sand. However, the introduction of the clone army brought forth some well needed drama in the series.  We were able to see Obi-Wan, Anakin, and most of all, Jedi Master Yoda in action. The choreography did not disappoint. This movie gives us our first reference to the original trilogy with the Death Star Plans. The first couple hours of the movie are an absolute snooze-fest but the last thirty minutes or so will keep you on the edge of your seat.

This movie had so much potential and expectations for greatness, and it tossed them all down the drain. It destroyed Luke’s character from the prequels. “He decides to murder his student because of bad dreams, taunts and pokes him throughout the film, and then in the big confrontation between Luke and Kylo, he’s not actually there!” said Alexander Gallagher ’21.  The intention was to portray Luke’s broken spirit, but it could have been executed without displaying a complete rejection of the Jedi way. This didn’t make sense considering Luke had devoted his whole life to it. There is also the addition of new characters, such as Rose. Giyun Hong ’20 said it best: “The Last Jedi attempts to implement female characters that act as foils to Poe, Finn, and Luke but the development falls pretty flat.” Vice Admiral Holdo was also just an awful commander and “she refuses to tell Poe for no real reason at all to the point of mutiny and providing a very weak reasoning for a side plot,” said Alexander Gallagher ’21. The choreography in the throne room scene with Snoke was well done, and the relationship between Rey and Kylo really developed further and provided more depth to their relationship. In general, this movie was all over the place with some good parts and a lot of bad parts. “Episode 8 was a dishonest representation of Star Wars,” said Josiah Kim ’21, and I’m starting to think he’s right.
“Too many cases of an impactful moment being ruined by some “Sike!” moment that doesn’t add to the film,” said Alexander Gallagher ’21.
6)  The Force Awakens

The Force Awakens was a perfect introduction to the “New Trilogy,” with some minor flaws. Finn receives a good backstory as a deserter stormtrooper, and the ambiguity given to Rey parallels Luke’s lack of identity during A New Hope. The ominous identity of Kylo Ren adds to the enjoyment of the movie, and when he kills Han Solo, it brings the audience to tears. The duel at the end between Kylo and Rey symbolized that Star Wars was entering a new era, with these two opposing figures at the helm. “The Force Awakens  did a great job introducing a new set of characters and helped create a smooth transition from Return of The Jedi and was a decent movie,” said Kevin Kim ’20.

5) The Rise of Skywalker

The Rise of Skywalker was a satisfying conclusion to the Skywalker Saga. It offered satisfaction and resolution to the Skywalker family’s perpetual conflict between the light and the dark. It completed Kylo and Rey’s character arcs and their divisive views on the force were finally reconciled. It combined canon parts of Star Wars with the expanded universe, catered to various audiences, and brought a balance to the force. With all that being said, Finn was relegated to someone who shouts “REY!” in the middle of the fight scenes, Poe’s character arc didn’t feel complete, and the writers made Palpatine so unbelievably overpowered (he was taking down an entire fleet with force lightning) and he was beaten by Rey without her life force. Not to mention the deus ex machina scene where a million ships appeared out of nowhere. Despite its flaws, it was a satisfying conclusion to the legendary Skywalker saga, and it wouldn’t be right to place a movie which marked the end of an era any lower.

4) Return of The Jedi

Shocking, right? An original placed below a prequel? In actuality, this movie wasn’t all it has been made out to be. Most people who tend to hype it up, suffer from nostalgia bias. The rebel’s plan to save Han Solo was kind of stupid in retrospect (refer to HISHE Return of the Jedi on youtube for a “in depth” analysis). C3-PO’s verbosity got to be annoying, and the entire Battle of Endor seemed pretty stupid. The Death Star 2 also had basically the exact same flaws as the Death Star 1, except this time a whole ship can fit into the main reactor and destroy it. On the bright side, the fight scene with the emperor/Darth Vader was well done and produced a satisfying culmination to the tension building that was building over the last two films. Also Ewoks are too good at everything.

3) Revenge Of The Sith

This movie wasn’t the best in terms of a consistent good plot, but the good parts are really something special. It had the most lightsaber duels of any movie to date, with arguably the best choreography we’ve seen. The Chancellor’s arrest, Yoda vs. Palpatine, General Grievous vs. Obi-Wan Kenobi were all amazingly designed fight scenes, and who could forget the defining moments of the prequels, Anakin vs. Obi-Wan. The environment, the fast pace which slowed down when necessary, the daunting music, all make this the best fight in all of Star Wars by far.  You could practically feel the tension and built up emotions from throughout the trilogy all being released. It was also a very good transition into A New Hope and closed all loose ends that weren’t answered in the previous two movies. Albeit parts of the movie didn’t make much sense, like Windu’s sporadic decision to arrest the chancellor, and Agen Kolar and Saesee Tiin letting themselves get stabbed, but overall this is a must watch movie for every Star Wars fan.

How can the first movie of one of the most legendary sagas in all of film be ranked any lower than number two! The introduction of Obi-Wan as a crazed old man, the ominous presence of the Empire and of an adolescent Luke all set the scene perfectly for the rest of the original trilogy. The plot was also amazing: an underdog rebel alliance taking down an empire. It sounds cliche, I know, but they implemented a cliche in the perfect way with small nuances in the plot like Han Solo being a smuggler and ending up helping the rebels, the unknown identity of Darth Vader, and Obi-Wan and Darth Vader’s “fight.” Speaking of which, my only criticism  is that Obi-Wan just let Darth Vader kill him while standing completely still. This movie was planned to be a standalone film, and the fact that George Lucas was made to write a sequel just shows how good it was, and why you need to go watch it now.

This movie moves past the realm of Star Wars excellence and is just a cinematic masterpiece. It wasn’t overloaded with action and unneeded plot fillers, but rather all parts of the movie were meaningful. Hoth where the empire attacked the rebels, Luke’s training arc with the amazing Yoda, and who could forget about Cloud City? Han Solo’s iconic “I know,” after Leia said “I love you” and the biggest reveal in cinematic history when Darth Vader said “I am your father.” The duel between Luke and Vader on Cloud City was the best one to that date, and carried a lot of gravity. The acting was as perfect as it can get. The dialogue was amazing, the plot was constantly exciting, and this was the first/only Star Wars movie that didn’t end with a large vessel exploding. “Empire is a superb movie across any genre,” said Jonathan Bar-On ‘20, and if you had to watch any of the movies, it would have to be this one.

This has been Bronx Science’s take on the Star Wars movie rankings, and for one last time, may the force be with you, always.