The Museum of Modern Art’s Reopening 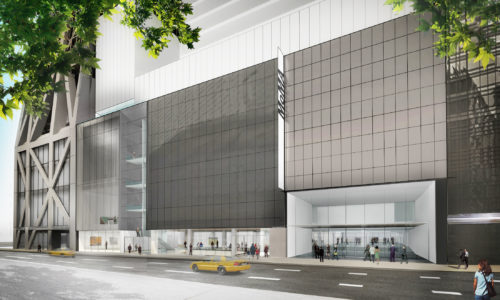 An exterior view of the newly renovated 'The Museum of Modern Art' on 53rd Street in Manhattan.

When the Museum of Modern Art, or MoMA, reopened on the 21st of October, 2019, museum visitors discovered a total of 40,000 square feet that have opened up for new exhibits, so the four month closure of the museum this past summer for final renovations has not disappointed.

Alongside the returning works of Picasso and many other critically acclaimed canonical artists, there are many works on display by up-and-coming artists through their Projects series, a New Photography biennial, and a New Directors/New Films festival.

If you are considering going or want to visit briefly, the ground floor, the new street-level exhibits, and The Abby Aldritch Rockefeller sculpture garden are now open for free to the public, so you can window shop before you decide whether you want to buy a ticket or not. Of course, if you just want a gift, you can stop by the museum store, which is also open to the public.

When you do enter the main part of the museum requiring a ticket, one thing you will immediately notice is the open-concept ideal that has swept through the architecture, including both the exhibits and the museum itself, courtesy of Diller Scofidio + Renfro, the architecture group in charge of the redesign.  New exhibits also follow this trend as well, with no direct “theme” to many rooms. Instead, the exhibits are broadening groupings to genre, not just individual artists, which allows new artists to be alongside well established ones.

The redesign also opens up the Marie-Josée and Henry Kravis Studio, which is  dedicated to “performance, process, and time-based art,” and houses performance, dance, and sound work hooked up throughout the studio, shown beautifully in Rainforest V (variation 1), as well as Forest Speech by David Tudor and Composers Inside Electronics. Tudor was one of the first electronic music artists, and this contrasts with the Kravis wing, which like many others, hosts a plethora of new upcoming artists.

The Kravis Studio is not the only new addition to the MoMA, however, as another new addition is the ‘Sur moderno: Journeys of Abstraction—The Patricia Phelps de Cisneros Gift’ exhibition, which focuses on Latin American art and artists, such as Hervé Télémaque’s No Title (The Ugly American). This exhibit breaks up the present issue in the MoMA of a lack of minority representation in museums, and helps to break up the monotony and elitism prevalent in museums and the art world in general.

Surrounds follows in a similar suit, focusing on living artists within the last two years such as artists Donald Judd, Betye Saar, Pope. L, and Dorothea Lange, known for their minimalist, assemblage, performance, and photographic arts. Even if you do not know their names, you have most likely seen some of their works, such as “Migrant Mother,” which was photographed by Dorothea Lange in 1936.

When the Museum of Modern Art last had massive renovations, they had to open in Long Island City, Queens, and that location, the MoMA PS1, as well as multiple partnerships throughout all the boroughs, are also getting upgrades with the reopening of the MoMA.  They claim that their “commitment to this community will be stronger than ever,” and with what they have released, they seem to intend to keep that promise.

A multi-year partnership is being opened with The Studio Museum in Harlem with the collaboration starting with an inaugural installation featuring artist Michael Armitage, a Kenyan artist.  The installation is being curated by Studio Museum director and chief curator Thelma Golden, in the new Sue and Edgar Wachenheim III Projects Gallery. The collaboration also include exhibitions by the The Studio Museum’s artists-in-residence at the MoMA PS1, the aforementioned museum in Long Island City.  This reopening has been a large change to the previous MoMA’s standard fare, and now has the results available across all the boroughs.