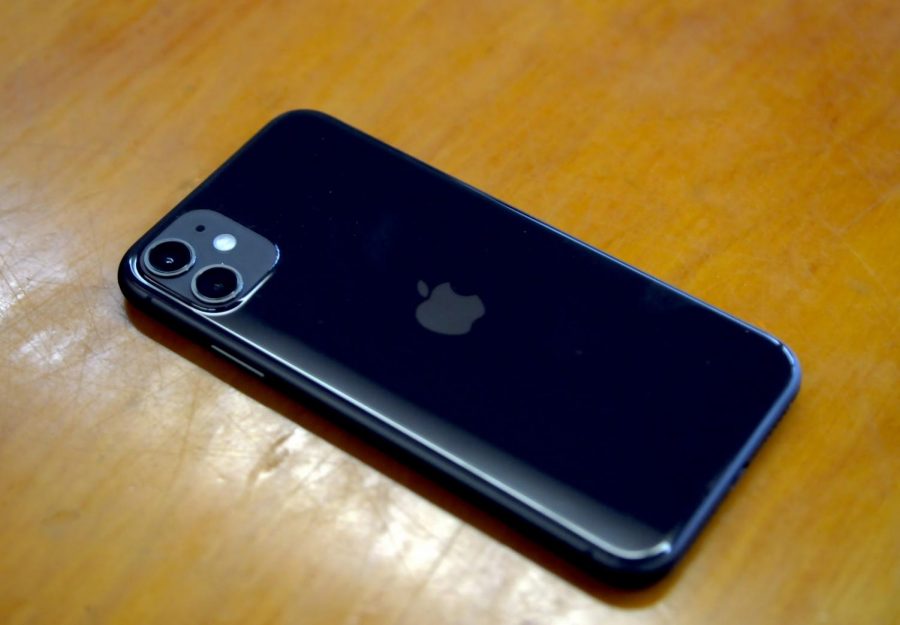 The iPhone has evolved since its inception to meet the call for new features throughout the years. This September, Apple launched its newest iteration of its flagship mobile device: the iPhone 11. Apple faces increased pressure to differentiate this year’s release from prior models, as smartphones today generally have a lengthier lifespan, stymying the need to replace an existing smartphone. Though pre-order sales of the new iPhone 11 releases were quite robust, the persistent debate of whether or not one should upgrade to the latest iPhone has once again ensued.

New chassis colors like green and purple are some of the visible hardware differences between the iPhone 11 and the iPhone 10. In the base models, the back glass comes in a gloss finish, while the top of the line models have a matte glass back.

The former also has an aluminum band, and the latter has a more durable, steel band. There is also an option to purchase a red variant, which supports the Product (Red) charity.

While some die-hard Apple fans are exuberant to adopt this year’s release, others believe that the new variants stray away from the exemplary device designs that Apple is known for. “It looks really ugly,” said Ben Vishansky ’ 22. In light of Apple’s renowned minimalistic outlook that has driven compelling changes to the iPhone in recent years such as the removal of the headphone jack and the home button, perhaps this sentiment is bound to change as the new designs become icons of everyday pop culture.

Another visible change across the iPhone 11 variants in retrospect to prior models are the new camera systems. The base model now has a dual camera setup similar to the one formerly in the top of the line iPhone XS model as the standard camera system.

This lens configuration provides better optical zoom than Apple’s prior base model, the iPhone XR. By far the most noticeable change regarding the camera configuration, however, is the addition of a third camera to the top of the line “Pro” variant. This camera allows for a new “ultra-wide” mode, and provides four times the field of view.

While professional photographers once sneered at the notion of using a smartphone to take pictures, the photo quality that smartphones can attain has become quite impressive in recent years to both avid photographers and amateurs alike.

“I take a lot of photos, and all of the photos from the iPhone are incredible,” said Joyce Ho ’20. And improvements to the phone’s camera system were not limited to hardware, as new software enhancements have improved the image quality and user experience as well. “I specifically love the portrait mode; it’s so pretty, and the resulting photo quality is incredible,” said Ho, referring to a feature that emulates depth of field with a DSLR camera by adding a bokeh effect to photos.

With considerable improvements to the camera system, it may seem that the new releases are geared primarily to avid photographers. “Unless you need the wide lens, or are a photographer, I wouldn’t upgrade,” said Zhichen Li ’20. But there are also a number of other software improvements, some of which include a new battery management system, which coupled with a higher capacity battery allows for a one-hour increase in the base model’s runtime when compared to the iPhone XR.

Yet, among all its new capabilities and finishes, the iPhone 11 still lacks certain features that are now standard in other smartphones – such as 5G connectivity. When the iPhone first launched, it featured 2G connectivity. The iPhone 11’s connectivity speeds have inevitably outpaced its predecessor with 4G connectivity, but the lack of a 5G modem effectively limits the speeds at which data can be sent to, given that it is the prerequisite to attain greater speeds for mobile devices up to 10Gbps.

While the technology for a 5G telecommunications system does not currently exist from an end to end perspective, 5G connectivity is already a feature in a number of other smartphones including Samsung’s Galaxy S10.

Although the iPhone 11 may not satisfy users who want a future-proof device, perhaps Apple’s focus on the bigger picture may justify an upgrade.
“I take a lot of photos, and all of the photos from the iPhone are incredible.” said Joyce Ho ’20