Linda Ronstadt: The Sound of My Voice Explores a Long History of Gender Inequality in the Music Industry

The documentary explores Ronstadt’s career and what made her truly special as one of the first women in a male-dominated music world. 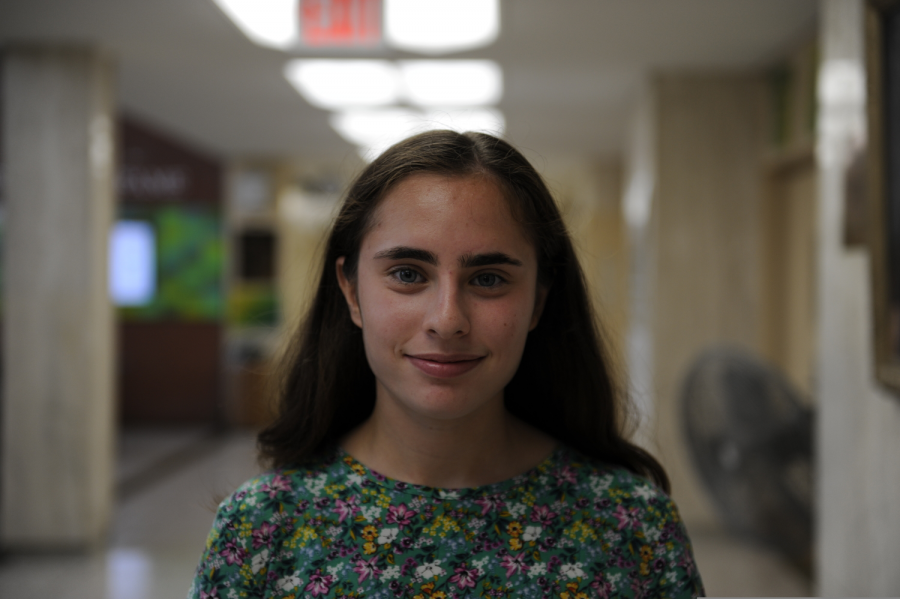 Ella Yellin ’22 shares her opinion on the importance of pioneering female artists in music and the increased inclusion of women in the industry.

If you ask a Bronx Science student if they know who Gregor Mendel or Immanuel Kant are, the answer will probably be yes. But if you ask them about Linda Ronstadt, the response will most likely be a very confused no. While all three were pioneers in fields ranging from biology to philosophy to, in Ronstadt’s case, music, her contribution to the rock n’ roll industry has gone largely unrecognized.
The documentary ‘Linda Ronstadt: The Sound of My Voice’ explores the artist’s long and impressive career, following her journey from singing in a small rock and roll band in the 1960’s to performing in the operetta ‘Pirates of Penzance.’ Though her singing talent alone was enough to make Ronstadt a legend, the documentary focuses on what made her a true trailblazer: being one of the first women in an overwhelmingly male-dominated music scene.

The documentary includes interviews from other pioneering musicians like Bonnie Raitt, Emmylou Harris, and Dolly Parton, who built their music legacies alongside Ronstadt in the 70’s and 80’s. Raitt, one of only two women on ‘Rolling Stone’’s 100 Greatest Guitarists list, discusses how she and Ronstadt had to stick together and support each other as minorities in the industry. Ronstadt herself explains how she chose to support a fellow performer, Emmylou Harris, when she saw her talent and became a “slobbering, drooling fan in the crowd,” rather than be jealous of the pretty woman who could captivate the audience even better than she could. It is a true testament to Ronstadt’s kindness and loyalty both as a person and a performer that she chose to uplift other women and sing with them rather than compete against them.

The documentary fearlessly addresses the challenges of being a woman in the music industry during the 60’s and 70’s. Ronstadt comments on how her all-male backup band tended to give her less respect than she deserved and often regarded their jobs as demeaning, finding it bizarre that men had to play backup for a woman. Ronstadt also explains how although the music scene at the time was thought of as a “community of artists,” there tended to be a unified hostility towards women.

‘Linda Ronstadt: The Sound of My Voice’ finds its place among a recent surge in efforts to award various powerful women in music, recognition that is long overdue. For instance, in 2018, Sister Rosetta Tharpe, who is considered to be the mother of rock and roll, was inducted into the Rock and Roll Hall of Fame, nearly forty-five years after her death.

A year later, Stevie Nicks made history as the first woman to be inducted twice, once with her band and once as a solo artist. Twenty-one men had previously shared in the glory of the same accomplishment.

Students from Bronx Science also agree that now there is an increasing amount of appreciation and opportunities for women in music. “I do think that women have a bigger role in the music industry now than they did in the past because now there are many more opportunities for women and girls to learn and to be a part of the music industry. I think that the women in music of the past played a very important role in opening up music careers to women after them,” said Ella Yellin ’22.

Victoria Sanchez ’22, agreed, saying, “Before it was mostly male artists who were able to perform, and now women are able to do just as much as the men are.” While things have gotten better since Rondstadt’s time, severe gender disparities remain in the music industry. A study from USC Annenberg found that in 2018, 82.9% of artists on the Billboard charts were male and 17.1% were female. In addition, 89.6% of Grammy nominees between 2013-2019 were male while only 10.4% were female.

The documentary closes with Ronstadt’s Rock n’ Roll Hall of Fame induction. Standing in a line are Emmylou Harris, Bonnie Raitt, Stevie Nicks, Sheryl Crow, and Carrie Underwood. They’re singing ‘When Will I Be Loved,’ a tribute to Ronstadt using one of her most well-known and powerful songs.

The five are singing in a line of succeeding musical generations, each woman giving opportunity and inspiration to the colleague on her left. It was the perfect symbol with which to end, a reminder that every female artist today found a little bit more success and respect because women before her made the path forward just a little bit easier.
Students from Bronx Science also agree that now there is an increasing amount of appreciation and opportunities for women in music.