Here, Queer, and Full of Fear 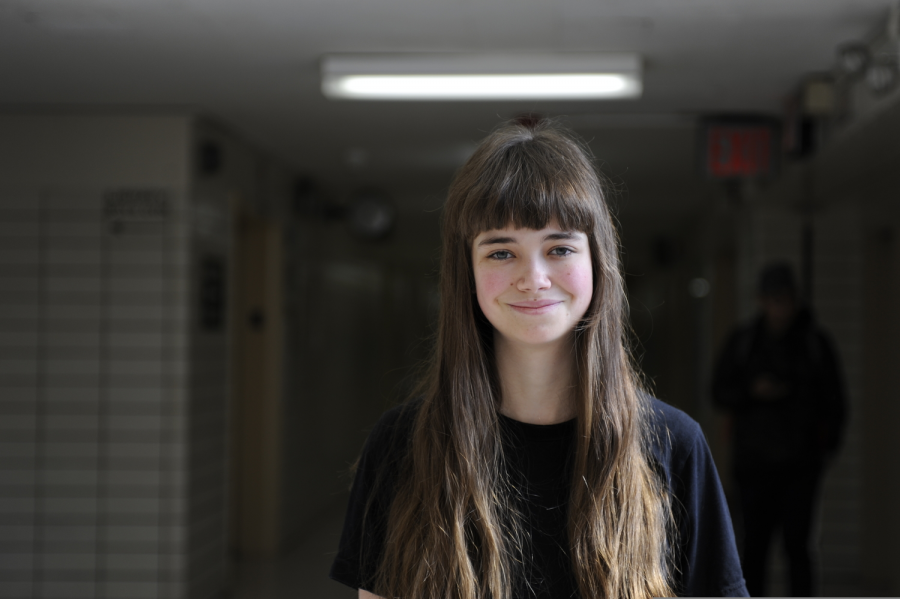 “My favorite LGBT horror character would be Richie from the IT movies,” said Sydney Gazard ’20. “He has character traits that make him likeable, and he is no different from any of the other characters besides his sexuality.”

As soon as ‘IT Chapter 2’ came out in September of 2019, almost all the subsequent articles were raving about two things: Bill Hader’s performance, and his character’s “secret.” Seen as a step in the right direction for positive LGBT+ representation by some, and as an underdeveloped deviation from the book by others, Hader’s Richie Tozier (played in flashbacks by Finn Wolfhard of ‘Stranger Things’) is haunted throughout the second movie by his crush on childhood friend Eddie (Jack Dylan Grazer and James Ransone). But whether it is good or bad representation,’ IT Chapter 2’ reignites some important questions: Why is positive LGBT+ representation in the media so important? And what constitutes positive representation?

‘IT Chapter 2’ opens with openly gay Adrian Mellon (Xavier Dolan) getting beaten up and thrown off a bridge by locals to be subsequently eaten by Pennywise the clown (Bill Skarsgard). The scene was actually based off a horrific hate crime that happened in King’s hometown while he was writing the book. This theme–whether to be out and proud and made a target, or to stay safe and closeted, follows Hader’s character throughout the film. Shortly after Eddie has sacrificed his life to kill IT, a crying Richie recarves his and Eddie’s initials onto a bridge, the same bridge where Adrian had been killed, as a voiceover plays saying “Be yourself. Be proud.”

When doing research for this article, I noticed is that most queer characters in film are women, and the most common sexualities to be depicted are lesbian and bisexual. This shows something interesting about what sort of sexualities are seen as “acceptable” in mainstream culture–with women, it seemed it could be played as sexy, but queer male characters were more often written as disturbing or threatening, such as Buffalo Bill of ‘Silence of the Lambs’’s desire to be a woman, or the promiscuous Frank N. Furter seducing both Brad and Janet in ‘The Rocky Horror Picture Show’ (1975). This can further the stereotype that queer people are different from everyone else.

Transgender and asexual representation in horror are by far the hardest to find–all I could turn up is Angela of ‘Sleepaway Camp’ (1983), a transgender woman who is portrayed as a violent psychopath, the key plot twist of the movie being that Angela is the murderer (and, in the words of the protagonist “My God, she’s a boy!”). I could not find any explicitly asexual characters in horror films. More modern movies such as ‘Jennifer’s Body’ (2009) or ‘All Cheerleaders Die’ (2013) offer queer protagonists as well as villains.

Mr. Giorgis-Blessent, a French language teacher at Bronx Science and advisor for the Gender-Sexuality Alliance, thinks that representation in film is very important, because films should accurately represent the society that they are for. “But now, actually compared to when I was younger, definitely [LGBT+ characters are] much more visible,” he said, naming movies such as ‘Blue is the Warmest Color’ (2013) and films by gay Canadian director Xavier Dolan as examples of good LGBT + representation in cinema. Mr. Giorgis-Blessent went further to note that he believes that LGBT+ representation these days is mostly positive in cinema, although he admits that it depends on what country the film is coming from.

Mica Nimkarn ’20, one of the presidents of the GSA, lists her favorite horror movie as ‘Children of the Corn,’ and agrees that LGBT + representation in cinema, and in media in general, is very important. “I think that having representation [of] queer people on TV makes queer audience members feel less excluded or isolated, especially those who are closeted,” she said. “I think that it is more important to have quality representation of queer people; many movies or shows have queer characters [just] for having the sake of a gay or lesbian character…it encourages stereotypes.”

Sydney Gazard, ’20, president of Cinema Theory Club, lists her favorite horror movie as ‘The Conjuring.’ “Movie portrayals definitely affect how they [LGBT+ people] are seen and sometimes confirm to bad stereotypes, such as that homosexual men are feminine and lesbians are masculine, which is not necessarily true,” she said. “People, including myself, can be nervous about coming out because of lack of representation or acknowledgement of someone’s sexuality.”

The general consensus seems to be that we still have a long way to go when it comes to integrating LGBT+ characters into horror films without making them one-dimensional villains, but there is undeniably positive progress being made, especially with cinematic films as a whole, and specifically, within the horror genre of films.
“I think that having representation [of] queer people on TV makes queer audience members feel less excluded or isolated, especially those who are closeted,” she said. “I think that it is more important to have quality representation of queer people; many movies or shows have queer characters [just] for having the sake of a gay or lesbian character…it encourages stereotypes.”