The Growth of Asian American Cinema

A Look at 'The Farewell' 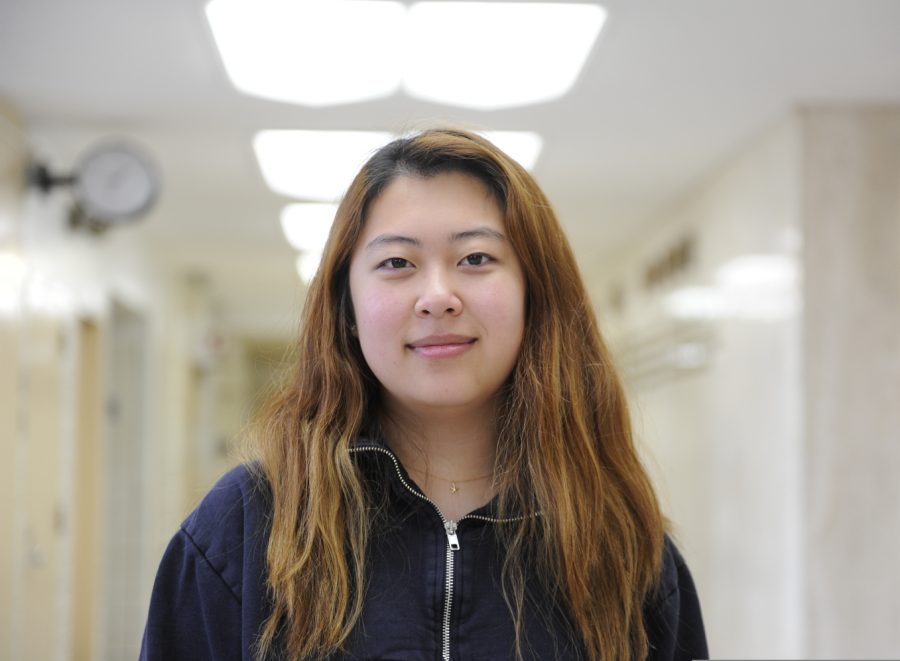 Jamie Lee ’20 talks about watching 'The Farewell' in September 2019. “This film is definitely different from other movies that I’ve seen, even other films that did have prominent Asian actors,” said Lee.

For most Asian-Americans, typical American movies do not highlight Asian culture. Hollywood has rarely displayed Asian representation in American cinema, choosing at times to whitewash many ethnic characters. You might have seen some whitewashed films including the live action remake of Avatar the Last Airbender, Scarlett Johansson’s Ghost in The Shell, and The Last Samurai, among many others. The numbers reflect the lack of representation as well — in 2014, a study conducted by the University of Southern California revealed that Asians have only  5% of speaking roles in film, television, and digital programming.

But in the last two years, there has been a rapid rise in Asian-American representation in pop culture. TV shows that feature a predominantly Asian cast such as Fresh Off the Boat and Kim’s Convenience Store depict daily lives of Asian families running mom-and-pop shops and restaurants. While these shows gained mild popularity, Asian representation truly took off with the 2018 release of Crazy Rich Asians, starring Constance Wu, Gemma Chan, Awkwafina, and Henry Golding, the first all-Asian cast in twenty-five years.
The Farewell portrays common Asian-American family relationships on screen, not only representing Asian-Americans in the cast but also in the plot line.
“There’s been a really rapid rise of Asian presence in American cinema since Crazy Rich Asians, and that’s just been a single year or so,” said Sophia Zhang ’20. Following the breakthrough of Crazy Rich Asians, Netflix’s To All the Boys I Loved Before, featured an Asian protagonist in a typical American romcom.

Although these movies contain Asian representation, director Lulu Wang’s The Farewell not only had an Asian cast, but also featured the divide between Asian and American traditions. Wang’s film is loosely based on her own family story, portraying its events through the protagonist, Billi Wang. A native New Yorker, Billi struggles as a writer pursuing a fellowship when she learns about her grandmother’s terminal illness.

The movie’s opening title, “Based on an actual lie…” sobers the audience and reveals a telling hint of the Chinese practice that the movie is based on: the refusal of elders in the family to inform another family member, in this case Nai Nai, Billi’s grandmother, of their own health condition. “Wèi tā zìjî hâo.” It’s for her own good.

The Farewell explores the divide between Asian and American cultures, and illustrates Billi’s attempts to reconcile them as an Asian-American. Towards the conclusion of the series, Billi’s uncle acknowledges the differences in their cultures, saying, “You think one’s life belongs to oneself. But that’s the difference between the East and the West. In the East, a person’s life is part of a whole— family.”

As an American, Billi clashes with her extended family as she holds onto values of individualism and freedom of choice. But back in China, things work very differently: every choice is determined by the whole family, not the individual.

Jamie Lee ’20 said, “That part is pretty accurate actually, most decisions are made during family meetings, especially those regarding a family member’s health or wellbeing.”

The Farewell portrays common Asian-American family relationships on screen, not only representing Asian-Americans in the cast but also in the plot line. Depictions of a traditional family dinner around a round table and scenes of Nai Nai doing tai chi in a courtyard bring normalcy to life in China.

With a rating of 99% on Rotten Tomatoes, this much-anticipated film has earned its critical acclaim thanks to director Lulu Wang’s portrayal of complex family relationships and disunity between conflicting traditional values.