A Cambridge alumna shares the story of how education helped her overcame adverse circumstances and learn to thrive. 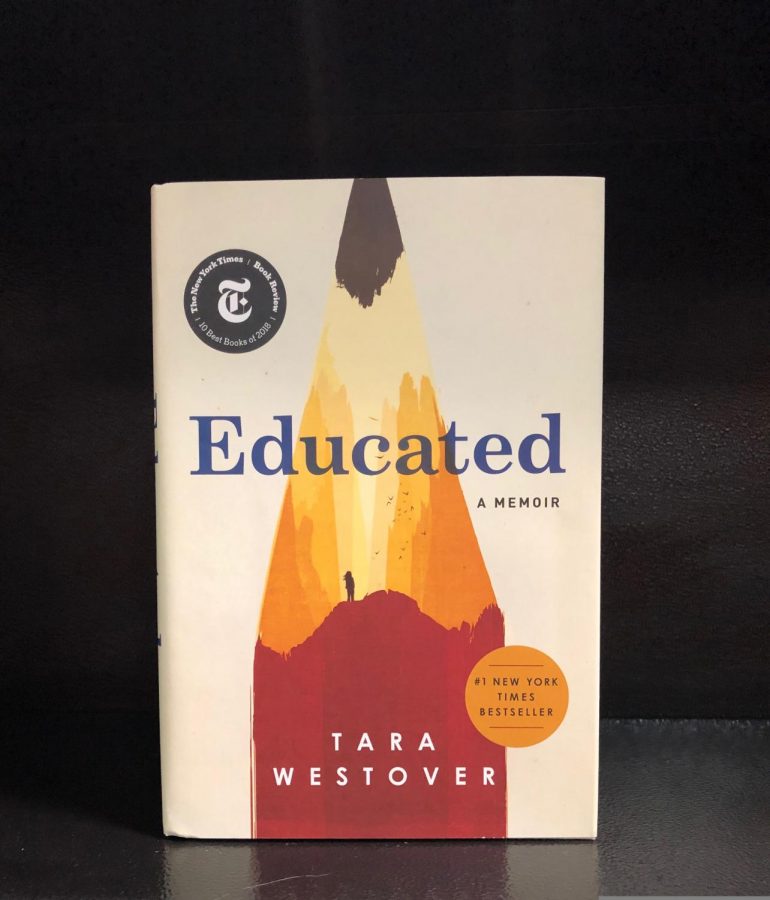 Educated, released in February 2018, has been creating a storm since it hit the shelves. Many praise the memoir for its riveting tale.

Praised by Oprah Winfrey, Bill Gates, and President Barack Obama, Educated, a memoir about the life of Tara Westover, has been a sensation ever since it hit the shelves on February 20, 2018. Westover weaves a thrilling story about events that took place during her childhood and early adulthood.

Westover examines her relationship with her Mormon survivalist father throughout the memoir. To Westover, it often seemed as if her father valued his ideas more than he valued his family. This often led to him acting irrationally. She recounts instances when her father would become frantic with the need to prepare for the “Days of Abomination.” To prepare, he would make his family can dozens of jars of fruit and fill bags he termed “head-for-the-hills” bags with what he believed were essential materials for the family to survive. These materials included water purifiers, herbal medicines, knives, and rifles. Westover’s father also strongly distrusted the U.S. government. He believed government institutions like hospitals and schools were part of the Illuminati. As a result, the first time Westover received any type of formal education was when she was seventeen. Westover’s mother often followed her husband’s path. She was an unlicensed midwife and an herbalist. Westover remembers her mother worrying that the births would go wrong. If there was a complication and a child died, the federal authorities would lock her up. Westover’s mother eventually stopped working as a midwife and, after some time working with herbs, was able to build a highly successful herbal business.

While living with her family, Westover was mentally and physically abused by one of her older brothers. The effects of this abuse resonated with Westover throughout her life. Westover suffered from low self esteem and seemed to struggle with periods of depression and lack of motivation while in school because of it. When she finally got the courage to speak to her family about the abuse, her father reasoned that she had been possessed by Satan and urged family members to cut ties with Westover. Many of her family members, including four of her siblings, no longer speak with Westover.

Westover talks about education throughout the book. Her experience in two wholly distinct worlds, one without education and one full of education, has allowed her to see how education gives people the independence to decide what they want to do with their lives. For Westover, education opened the door to a life that wasn’t the one that her father had laid out for her. She was free to create and explore her own path. This path happened to include graduating magna sum laude from Brigham Young, becoming a fellow at Harvard, obtaining a Ph.D. from Cambridge in history in 2014, and penning a New York Times Bestseller. Westover is therefore aware of the immense power of education. As Emery John ’20, who has also read Educated, said, “The core of the book is the juxtaposition of her life prior to and after a classical education. For her, the transition was… a very real journey to a different life. Going to Bringham Young was an escape from an abusive brother and a doomsday-cult like family. It was a sense of security she never had, both physical and mental…The very real change education provided her remains to me the crux of the book; every child deserves an education.”

Educated also talks about the fact that a good education is often a luxury many can’t afford. Westover points out that many rural Americans can’t obtain as good of an education as their peers in urban schools due to lack of funding. According to the United States Department of Agriculture, thirty four percent of adults aged twenty five or older obtained a bachelor’s degree or higher in urban areas in 2017 while only twenty percent did in rural areas. This disparity is an educational problem in our country that must be fixed. As Denise Rances ‘20 said, “It is completely unacceptable for there to be such a gap between education systems in the country, especially in one that prides itself on democracy and freedom.”

A person can read Educated and have several different takeaways. An event that stuck with John ’20, for example, was one instance of the abuse Westover had to face. This event left John ’20 thinking about how mental health is treated in rural communities compared to urban communities. John says, “She [Westover] also suffered tremendous abuse at the hands of her brother. It highlights the mental health crisis that her family was suffering through. It was also a theme throughout the book that really made me think. Mental health is treated so differently in our world than hers, even though we still have a long way to go.”

Rances ’20 points to the power dynamic between men and women as one of the main issues she feels that Westover explores in the book. “Another issue Westover touches on is the power dynamic between men and women, especially in familial relationships… Gene [pseudonym for Westover’s father]…  runs the household and essentially the lifestyle of the majority of the Westover family. Yet, he also serves as the obstacle preventing the Westover family from entering American society… Faye [pseudonym for Westover’s mother], on the other hand… has served as the family’s main breadwinner and the glue of the family… yet she holds herself back to stay by Gene’s side.”
“It is completely unacceptable for there to be such a gap between education systems in the country, especially in one that prides itself on democracy and freedom,” said Denise Rances ‘20.
After reading about Westover’s sacrifice for an education, Tayesha Hossain ’20 believes that one of her key takeaways from the book is that sacrifice, while difficult, could be worth it in the end. Hossain said, “many things require a lot of sacrifice, and sacrificing your way of living for something better is never easy, but it can be worth it. Tara recognized that her life with her family was sabotaging her so she slowly left behind everything she knew for something that would free her.”

Against all odds — her Mormon fundamentalist father, her lack of knowledge, her family’s frequent accidents, her brother’s abuse — Westover was able to overcome all odds and attend two of the most prestigious schools of higher education. This, as Hossain ‘20 says, required a lot of sacrifice on her part. Westover had to find courage from within to better herself by seeking an education. Though she had to sacrifice immensely, Westover never says that she regrets getting an education. Education changed her. It made her stronger, braver, and more self assured. Education freed her in a way nothing could.

Through her riveting memoir Educated, Westover reminds us all of the immeasurable power of an education.