A Magnum Opus of Its Own: A Review of Post Malone’s Album ‘Hollywood’s Bleeding’ 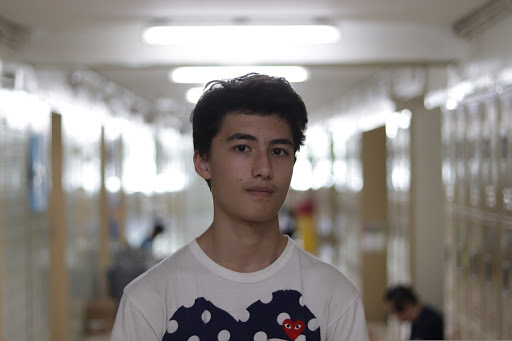 Fans have mixed opinions on 'Hollywood’s Bleeding.' Alex Grueber, 21’ said, “I thought that it was Post Malone's best album.”

Perhaps no other artist in recent times has blended musical genres like Post Malone has. Weaving hip-hop, trap, pop, rock, and metal together, Malone’s ‘Hollywood’s Bleeding’ is a magnum opus of its own, incorporating almost every genre into one album.

The star-studded album is filled with numerous features, featuring rap stars including the likes Meek Mill, Young Thug, Lil Baby, and many more. With the addition of pop stars like Halsey and Sza, and even the Prince of Darkness himself, Ozzy Osbourne, the album manages to engage every single feature. While Meek Mill raps about overcoming adversity and Lil Baby raps about his success and ice in On the Road, Sza sings about being let down and Halsey throws subtle shots at G-Eazy. In ‘Take What You Want,’ Ozzy Osbourne enters with a guttural, undimmed voice which is echoed by Malone on a later chorus. The incredible features woven into the album bring out Post Malone’s best aspects while adding the talents of others.

Many wondered how the album would stack up to Malone’s two previously released albums. Some mused over the worry that ‘Hollywood’s Bleeding’ would not live up to the other albums. Critically, both the albums were stated to be only mediocre or even lugubrious, but fan reception was extremely positive and made Post Malone a superstar. While his first album consisted of airy, drawn-out songs, the second album incorporated more hip-hop and was definitely far darker. ‘Hollywood’s Bleeding’ combines the best of both worlds, and avoids the repetition of the previous. It lives up to previous releases and more. It’s fresh and serves as a new chapter in Malone’s career. Georgiana Misthos, ’21 said, “I think this album was a nice transition from these two previous albums. You can see somewhat of a commonality within his content that makes his music flow well together without sounding repetitive or boring.”

Prior to the release of the album, Post tweeted that his album would be ‘experimental’ compared to his past ones. The album certainly fits this description. ‘Hollywood’s Bleeding’ deviates from Malone’s previous styles and albums, and offers a completely new sound.  Grueber ’21 said, “I think it was as he crossed over with ‘Take What You Want,’ arguably the best song on the album, is the pinnacle of the “experimental style.’” It crosses over four distinct genres and features two artists that no one could have ever expected to be on the same song.  Ayanava Ganguly, ’21 said, “I actually thought it was quite a good crossover, bringing in the classic 80s rock sound with Osbourne on the chorus and the ending guitar solo.

‘Hollywood’s Bleeding’ doesn’t always win. There are a dozen sad boi hour songs on the album and you could probably picture Post Malone saying to himself, “Sure, you can copy, just change it up a bit.”  ‘Hollywood’s Bleeding’ is Post Malone trying on different outfits before a fashion show – not everything works. But Post Malone’s music is art. Any material suffices. And as long as Post Malone can keep printing out top ten hits, there’s no need to escape.