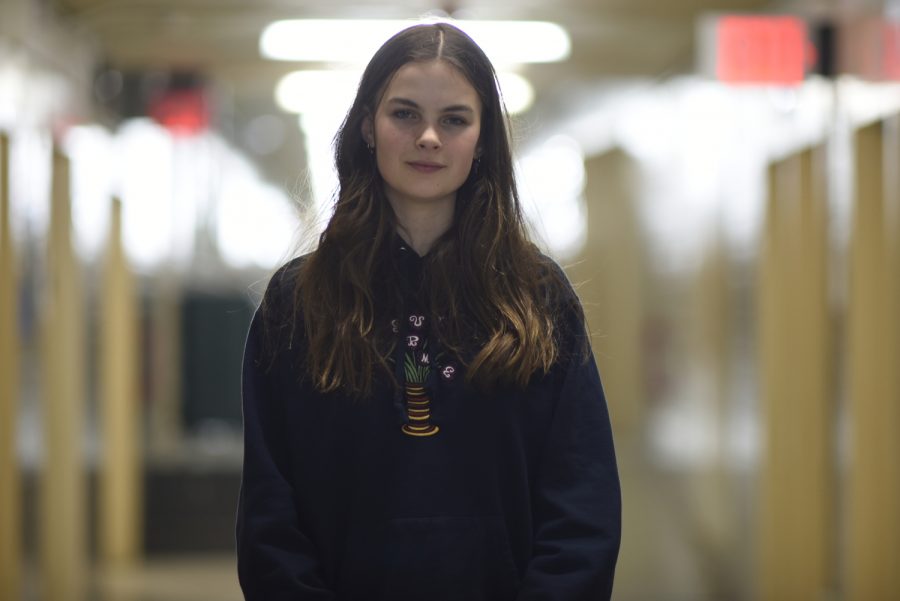 The Myers Briggs Type Indicator is something that has received quite a large amount of recognition lately. More than 2.5 million people worldwide engage in this activity in one year. That is an astounding number, and there must be a reason as to why.  There is no question that online tests have been created previously to give one a ‘personality type,’ so to speak. However, these tests have received nowhere near the amount of momentum that this specific one has. This creation stemmed from a mother daughter partnership; Isabel Briggs Myers and Katharine Cook Briggs were the original inventors of this phenomenon.   Essentially, there are a set of questions asked ranging from favorite activities to preferences in social situations, as well as other similar questions.
Abigail Johnson ’20 upheld these views. “ You can’t take a broad description of yourself based on computer programming to heart.”
Based on one’s answer type, from strongly agree to strongly disagree, as well as somewhere in the middle, the system categorizes you based on a multitude of letters. The introvert versus extrovert categories ( I and E respectively) are chosen based on the way that one answers the set of questions related to this topic. Similarly, the remainder of the categories, sensing versus intuition, thinking versus feeling, judging versus perceiving, gives one a record of their personality type. Why has this new test received so much attention within the teen and young adult community?

The psychology behind this questionnaire seems to be the key answer to this question. The MBTI was made taking into account real situations and perspectives that people tend to have.  Bronx Science students gave their take on this test and what they felt was the reason for its overwhelming success. It seems to have more structure, and due to its psychological based nature, possibly holds more credibility, and for that reason, accuracy as well. Or does it?

When delving deeper into the nature of the questionnaire and analyzing the results, people began to take the “personality type” they were given with more speculation. Similar to inventions such as “23 and Me,” the results were deemed to not necessarily give an entirely accurate description. Firstly, it was argued that the categories were not only very broad and simplified, but were also not mutually exclusive.  Thinking and feeling can work in unison. One can think logically about a situation but also incorporate an emotional response into it. Alex Sherman ’20 shared her perspective. “ I don’t think that this can be very accurate, because I don’t think I only fit into one category. I use thinking in some situations while feeling in others. Similarly, Abigail Johnson ’20 upheld these views. “ You can’t take a broad description of yourself based on computer programming to heart.”

Though it is clear that a computer programmed test can not incorporate all human life scenarios, it feeds into not being able to rely on results and situations are more often than not more complex than one or the other categories presented in the Myers Briggs system. “Although not super reliable, I definitely think it’s fun to take,” said Anastasia Diakolios ’20. All in all, the Myers Briggs test has proved to be popular regardless of its reliability.