The Fall of R. Kelly 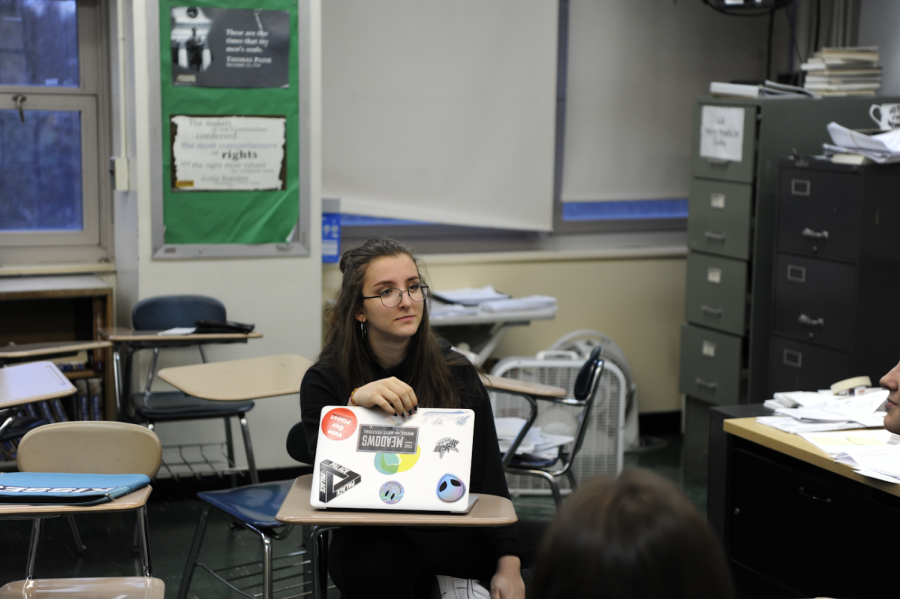 Over the last several years, an increasing number of celebrities and public figures have fallen into the public spotlight for their misconducts. “Exposing” has become an extremely popular trend within media, allowing people on various platforms to speak out about and criticize  areas of pop culture where they believe wrongdoings are occurring. YouTube and Twitter, two of the largest platforms for content creators and networking, began this trend; within a matter of months, exposing garnered the attention of multiple major news media outlets, providing a rapid increase of pop culture-related news to a larger, more hypercritical demographic. The #MeToo movement, an outlet for people to freely share their sexual assault stories, was an instance of this “expose” culture being used in mainstream media. This movement gave victims of sexual assault a voice, garnering the attention of worldwide media outlets and resulting in coverage of perpetrators. One of the more recent subjects of “exposing” is the American rapper and, now highly condemned, artist, R. Kelly.
“It speaks volumes to the entertainment industry that it took so long for these stories to come out and that victims only now felt comfortable and safe enough to come out with their stories,” Chloe Frajmund ’19 said.
On January 3, 2019, the television channel Lifetime released a documentary series, Surviving R. Kelly, which quickly sparked controversy in the entertainment industry. The series revolved around R. Kelly, who has been accused of physically, mentally, and sexually abusing multiple partners, many of whom were underage. While Kelly’s trial is still ongoing, he was arrested and jailed in late February. He was later anonymously bailed out on February 25th. R. Kelly has since then been arrested again for neglecting to pay child support, only to be released on March 9th after $161,000 of the child support was paid anonymously on his behalf. This cycle of arrests began shortly after over 2.29 million viewers witnessed the horrific stories through the series.

Surviving R. Kelly aired for six episodes, each focusing on detailed allegations against Kelly. The series served as a means of exposing R. Kelly’s abuse. “We have a reckoning with who he has been and continues to be,” said Dream Hampton, the show’s executive producer. The show shines a spotlight on multiple women who have, at some point, formed a toxic relationship with Kelly, some dating him from many years prior to the unveil of this controversy.

Jerhonda Pace is one of the multiple victims showcased in the documentary, sharing intimate details of her relationship with Kelly. “I felt like we had a connection, because I told him I was sexually abused when I was 4, 6, and 8-years-old,” Pace stated. She shared anecdotes of how she first met Kelly and the dangerous turn their relationship took when the domestic abuse began. In the first episode, ‘The Pied Piper of R&B’, Pace claimed Kelly “became more abusive and more aggressive” as their relationship continued.

Another woman featured in the docu-series is Lizette Martinez, who interacted with Kelly during the 1990s. She expressed her initial thoughts on the rapper, expressing how it was difficult to dislike him. She disclosed horrific details of the abuse she had suffered. “The first time he was physically abusive, I was 17 and I said hello to someone that I shouldn’t have,” Martinez stated. “I just cried and said okay… I didn’t want to anger him or get hit.”

Despite his extensive history of harming his partners, a large majority of the public continues to support Kelly and his music. “I think his music has become part of the culture, and people aren’t willing to let go of the singer’s cultural influence yet,” Victoria Franklin ’20 said.

Hampton claimed that Kelly’s influence prevented him from receiving any substantial punishment, stating that, “he, himself, has created an ecosystem.” Hampton insisted that there was a toxic factor of dominance and a tainted version of ‘survival of the fittest’ being used. The docu-series is quick to establish that these offenses and lack of justice were hidden and tolerated by a large portion of the entertainment industry.

“It speaks volumes to the entertainment industry that it took so long for these stories to come out and that victims only now felt comfortable and safe enough to come out with their stories,” Chloe Frajmund ’19 said.

All the stories highlighted in the docu-series portrayed heart wrenching details, garnering support and sympathy from many of its viewers.

The series shone light on society’s response to this controversy and the larger issue of deciding whether or not to believe a victim’s story. Hampton asserted, “[Kelly] chooses girls that a lot of his fans dismiss and disbelieve.” Also touching on the topic of race, the documentary provides commentary on how racial differences shape the treatment of victims, with Hampton vaguely stating, “for all kinds of complicated and historical reasons, we don’t believe [these victims].”

There is no doubt that Surviving R. Kelly led to a large discussion of sensitive topics such as racial prejudice and abuse within relationships. Despite this uproar, Kelly continues to hold a sturdy position in pop media, still performing and giving appearances for significant sums of money. Nevertheless, the effects of the show months after the initial release left lasting impressions on Kelly’s name, tainting the reputation he had built over the years. Surviving R. Kelly arguably serves the purpose for which it was originally made: to bring social awareness to serious situations many overlook for the sake of the entertainment industry. Due to this controversy, future situations will be more closely scrutinized; since society has only now decided to pay attention to these horrible happenings, our culture has a long way to improve.