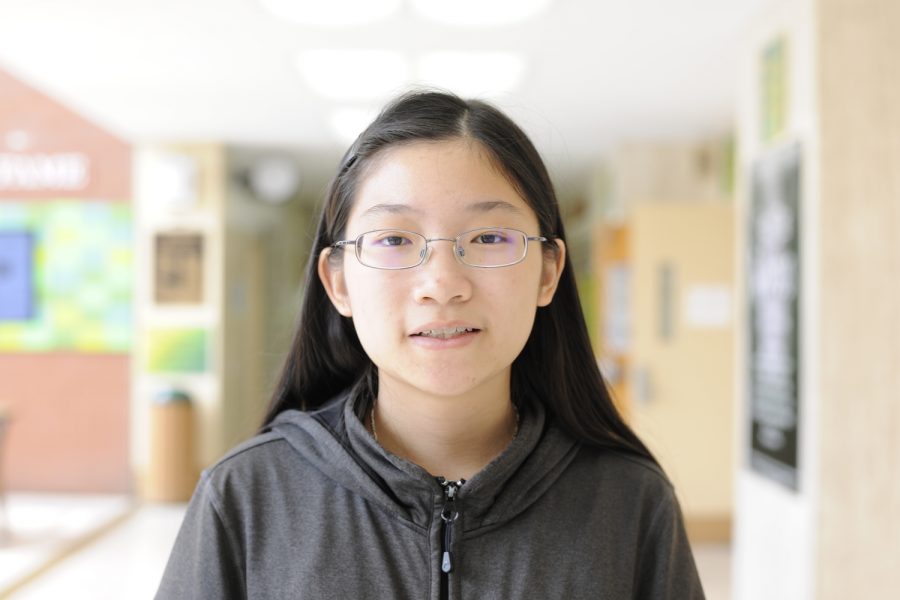 Josephine Ng ’19 was impressed by Taylor Swift’s new song, even hearing it as a song during a spinning class in her local gym.

When I first started my journalism career at Bronx Science, my first article was about Taylor Swift’s new album at the time: Reputation. It was an album of darkness, fierce confrontation, and the sheer boldness of Taylor’s new approach to pop music. Now, two years later, she’s back at it again—but with a complete one hundred and eighty degree turn.

Instead of the hues of blood red and jet black that colored her Reputation era, Swift has returned with a new song called “ME!” featuring Panic! At The Disco frontman Brendon Urie with a music video that is full of pastel pinks and blues. The video is full of positive energy and extravagant dancing, and Taylor is seen dressed in a elegant poodle skirt and with a pep in her step. With an opening fighting couple scene set in Paris, Urie stars in the video as Swift’s partner in a beautiful penthouse filled with her cats and a Christmas tree (hinting at her childhood growing up on a Christmas tree farm). Gone are the hissing, black, scaly snakes, and in their place a light rainbow snake and butterflies galore with a dramatic explosion of color.
“I really liked the colors used in the video overall, and her Instagram sneak peeks were fun to follow. I love the energetic vibes of the song!” Josephine Ng ’19 said.
Exactly thirteen days before her release (iconic Taylor!), Swift released small hints of the video, with snapshots of different props ranging from a baby blue bike to the iridescent rainbow cobblestones that she later dances on. She even commissioned a mural in Nashville, painted by artist Kelsey Montague, of a giant pastel set of butterfly wings filled with three cats, hearts, flowers, and stars.

The song is filled with different montages of hints to nostalgic film classics, from the cobblestone road representing “The Wizard of Oz,” to the iconic floating nannies scene of “Mary Poppins.” It pops of colors and smooth costume changes, ranging from a professional pastel yellow suit and slicked back hair to a beautiful dress of CG-edited flowing pink water and princess-worthy pink poof. Cameos of her old music videos pop up, like the “Taylor only” screech she gives with streaking mascara in “Blank Space” and the dancing along raindrops scene from “Delicate.” The butterflies that the snake transforms into at the beginning of her video even resemble those from her debut album “Taylor Swift,” representing a return to her roots and beginning of her career.

“I really liked the colors used in the video overall, and her Instagram sneak peeks were fun to follow. I love the energetic vibes of the song!” Josephine Ng ’19 said.

Swift’s new song also announced a whole new character in  the pop star’s life: a cat named Benjamin Button! Briefly shown in the video, Button is the “mewest” family member to Swift’s household of two other cats, Meredith Grey and Olivia Benson. This was the song’s big reveal, though some fans believe the song’s cheerfulness might signify a step forward in Taylor’s relationship with Joe Alwyn, her current boyfriend. A hint at her happiness with Alwyn should not be disregarded, however, as suggested by the video’s background of iconic buildings from Britain (like Big Ben), which is where Alywn lives and where Swift recently purchased a home.

Swift’s mastery of hints and gleeful suspense does not end at her Instagram, but could be said to have started during her Reputation era! In one of her songs from her previous album, “End Game,” one of the lyrics goes, “Reputation precedes me,” the last word being the very title of her newest song. Who would have thought Taylor had planned such a release from at least two years prior?

In the end, Taylor Swift once again dazzles with her strategic and iconic planning skills and the sheer unique energy from her songs and music videos. Breath held, I’m only more excited to see what surprises she has in store, whether they be hints about her life or catchy songs with aesthetic, visually captivating videos. What’s next, Taylor?