The Science Survey • May 1, 2019 • https://thesciencesurvey.com/arts-entertainment/2019/05/01/a-lack-of-disneys-signature-magic-a-review-of-live-action-remake-of-dumbo/

A Lack of Disney’s Signature Magic: A review of Live-Action Remake of Dumbo

On March 29th, Disney released their live-action remake of the movie Dumbo. 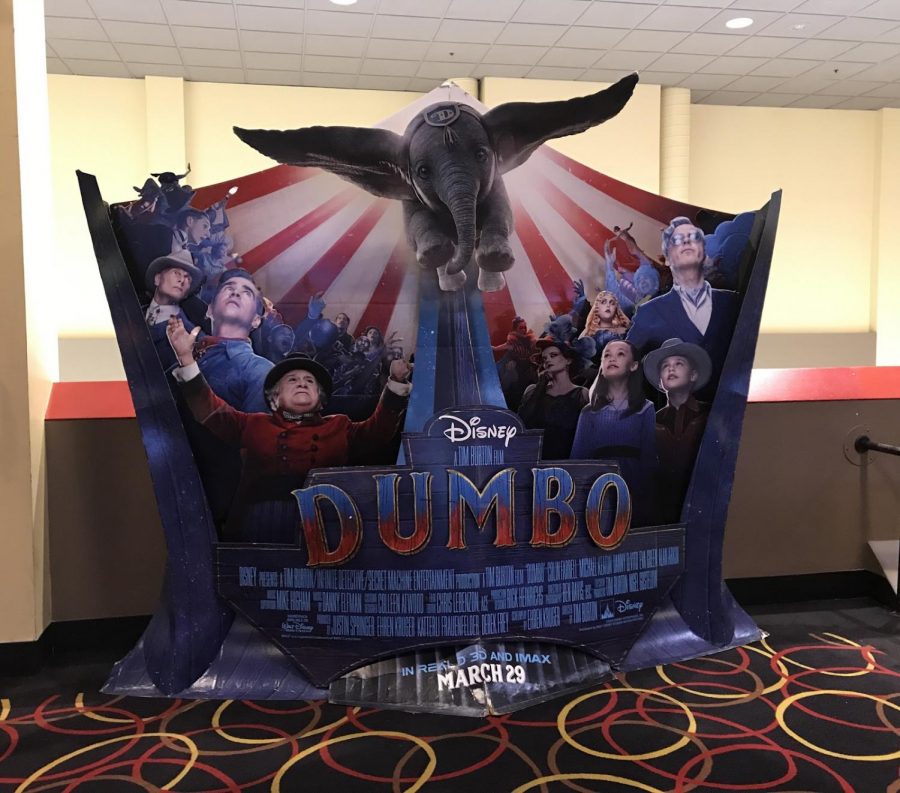 Tim Burton, the director of the movie Dumbo (2019), takes his own spin on the classic Disney animation.

Disney’s classic cartoon elephant movie has been made into a realistic, live-action film! Set in 1919, circus owner Max Medici (Danny DeVito) enlists former jockey Holt Farrier (Colin Farrell) and his children Milly and Joe (Nico Parker and Finley Hobbins) to care for a newborn elephant named Dumbo, whose oversized ears make him a laughingstock in an already struggling circus. But when they discover that Dumbo can fly, the circus makes an incredible comeback, attracting entrepreneur V.A. Vandevere (Michael Keaton) who recruits the circus for his newest, larger-than-life entertainment venture: Dreamland. Dumbo soars to new heights alongside a charming and spectacular trapezist, Colette Marchant (Eva Green), until Holt learns that beneath its shiny veneer, Dreamland is full of dark secrets.

Many who anticipated the live-action film’s release were met with stark differences from the original, including character changes, plot distortions, and overall coherence; although some elements from the original animation are conserved in the new live action, the additions to the movie make the plot seem a lot more chaotic and confusing. However, the additions to the movie also reflect progressive themes like feminism and animal cruelty awareness.

The live action remake of Dumbo, released March 29th, 2019, focuses more on the human aspect of the tale rather than the animals themselves. Although the film features a different story line from that of the original film, actor Colin Farrell, who plays Holt in the movie, thinks the message is clear: “The one central thing that holds true [is] believing in yourself and finding something inside you that allows you to become the best version of what you thought you could even be…they’re the things that make us all individual, special, and beautiful regardless of how crippling a certain thing may be.”
“I honestly don’t like the idea of live action movies, because they lack the creativity that you are able to express in animations,” said Afifa Areya ’20 said.
Director Tim Burton succeeds in captivating the audience with a wonderful canvas and stunning graphics. However, the live action does not convey the same childlike “magic” of the original animation. For example, the storks in the beginning of the movie do not deliver Dumbo like in the animation; they are only present when Dumbo’s mother births him. Such instances illustrate the realism that has replaced the original fairy tale charm.

The disparities between the story lines make it difficult to invoke nostalgia. Because the movie focuses on humans more than the animals, Dumbo is no longer accompanied by his iconic mouse companion, Timothy– instead, two children take on Timothy’s role in training him to fly. Also, humans, rather than other elephants, make fun of Dumbo in the 2019 film. Right after he’s born, the members of the circus cannot believe how large Dumbo’s ears look. While the original plays out similarly, it’s the other elephants who mock Dumbo and his mother. In the new version, even audience members who come to see the circus laugh at Dumbo’s ears. The biggest addition to the live-action, however, is that of the villain. Though the circus ringleader is the one who originally locks up and sells Dumbo’s mother, it’s now Vandevere, Dreamland’s co-runner, who ultimately sends her to be killed.

Although there are many differences from the original, there are also positive modern ideals incorporated into the movie. Milly, one of the children training Dumbo, is an aspiring female scientist that opposes societal standards. She is a symbol of modern day feminism because she goes on to pursue her dreams instead of holding back due to societal standards. The movie also raises awareness about animal cruelty in the entertainment industry, as the villain Vandevere mistreats and exploits the circus animals.

However, some also think live actions can improve the quality of the movie. “Live action remakes can be good for the Disney franchise, as long as they fix plot holes in the original and add more details,” Jessica Lin ’20 said. Whether Dumbo is one of these good or bad live actions is up for you to decide.