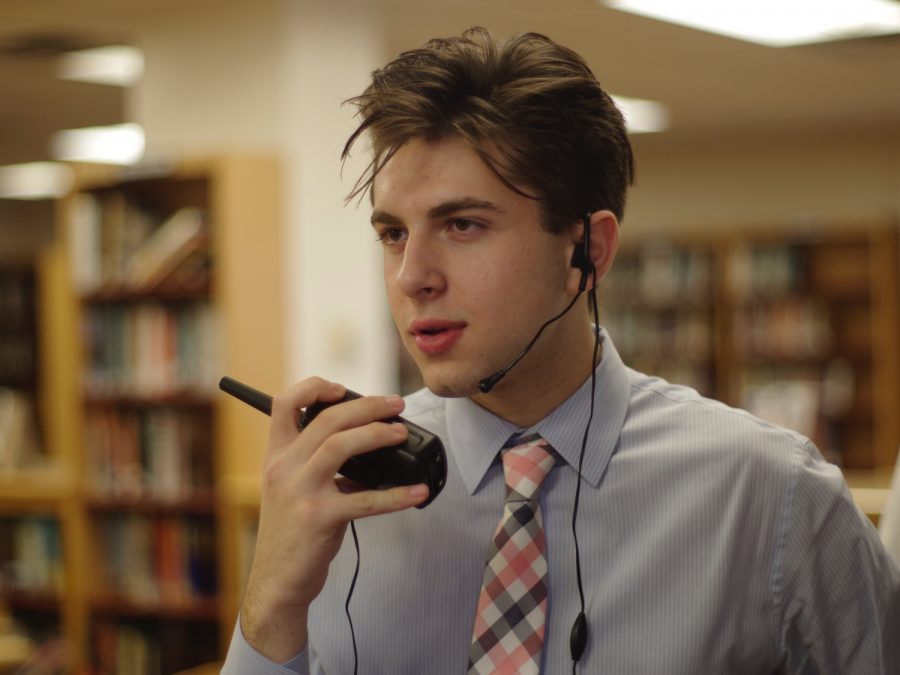 “I could feel suspicious, yet feel the charisma in Zac Efron’s performance as Ted Bundy,” said Anthony Bonavita '20.

Joe Berlinger’s ‘Extremely Wicked, Shockingly Evil and Vile’ receives its name from Judge Edward Cowart’s remarks towards serial killer Ted Bundy, in which he describes his infamous murders as “extremely wicked, shockingly evil, vile and the product of a design to inflict a high degree of pain and utter indifference to human life.” And yet, even within the same sentencing Judge Cowart states, “You’re a bright young man. You would have made a good lawyer, and I would have loved to have you practice in front of me, but you went another way, partner. Take care of yourself.” This stark juxtaposition between Bundy’s cunning charm and ruthlessness is frankly terrifying: how can a man so charismatic with a larger than life personality do something so bone chillingly disturbing?

Unlike its previous interpretations, Berlinger, who also directed the documentary ‘Conversations with a Killer: The Ted Bundy Tapes,’ centered the story around Elizabeth “Liz” Kloepfer and her serious relationship with Bundy. The movie takes inspiration from Kloepfer’s 1981 memoir, The Phantom Prince: My Life with Ted Bundy (published under the pseudonym Elizabeth Kendall). In this bitter memoir, Liz illustrates that Bundy was capable of love and kindness, so much so that she trusted him with her own daughter, Molly. The movie, starring Zac Efron and Lily Collins as Bundy and Liz respectively, captures the novel’s essence in that we begin to feel Liz’s pain in having immense love for a man she knew deep down had harmed so many.

Before the movie’s premier, critics questioned the casting choice of Efron as Bundy as he is not a prominent actor in this genre and is rather seen as a teenage heartthrob. They argued that this casting decision would lead  to a glorification of Bundy. However, Berlinger does not romanticize Bundy’s actions but rather portrays how incredibly manipulative he was, which enabled him to avoid apprehension and gain the trust of others. “I could feel suspicious, yet feel the charisma in Zac Efron’s performance as Ted Bundy,” said Anthony Bonavita ’20.

Pinkey Lam’ 20 further elaborates. “Zac Efron portrayed Ted Bundy extremely well, capturing both his charm and manipulation. People are generally fascinated by the stories of serial killers, which is why this movie attracted attention. This movie also showed us how much it impacted everyone around Bundy, including his girlfriend Liz. Following his arrest, she was haunted by the fact that her boyfriend turned out to be the most wanted criminal at the time,” said Lam.

Bundy’s story has grabbed the attention of so many, not only because of all the atrocious things he has done to others, but also because he had a cult following who believed in his innocence and even professed their love for him.

“I hadn’t read much about Ted Bundy before the movie, so up until the end of the film, I mistakenly thought that he was innocent. For most of the movie, the viewer felt that Ted had done nothing wrong just as Liz felt. We sympathized with her when she felt guilty. But when Ted confessed to Liz in the final scene, we all felt betrayed like she did. I think the scene after, where she ran out of the phone booth, and began thinking of all the years during which time she left herself and her daughter vulnerable to Ted was extremely powerful, too,” said Krishna Shivani ’19.

Bundy was executed on January 24th, 1989, but his story continues to haunt us because the very monsters of our society are not hidden under our bed but are right in front of our eyes.