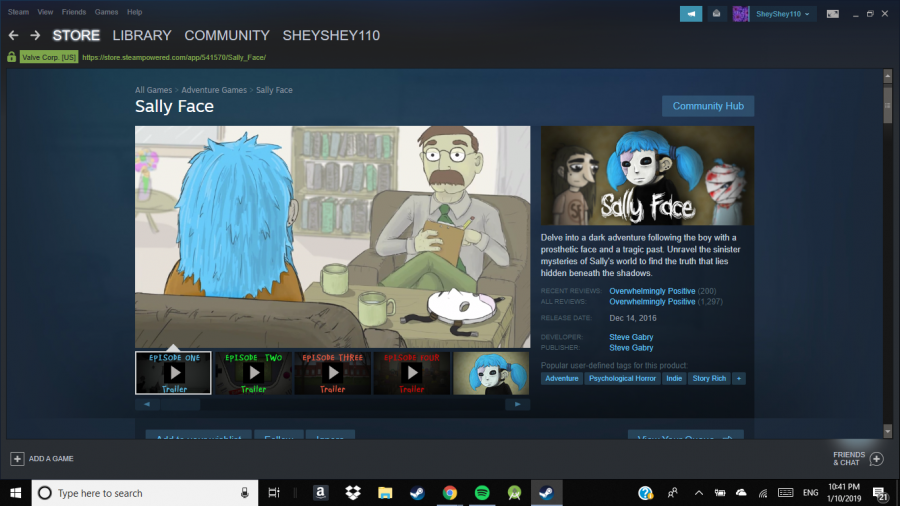 With the constant stress of grade captures, and college acceptances and rejections looming over us, it is important to have stress relievers in our free time. While we all have our preferences, there are plenty of pastimes we share—and sometimes even do together. As one of the most popular hobbies around the world, it’s no surprise that gaming has made its way onto the list. This year has left us with a collection of successful releases, keeping our hopes up for the future.

Let’s start with a recap of our summer and fall Indie releases! ‘We Happy Few,’ a survival Indie game developed by Compulsion Games, was finally released this August after its initial April release date was pushed back. While they didn’t get a chance to publish the game on Friday the 13th as intended, the game was generally well-received—especially by those anticipating it since its July 2016 early access version. It seems that releasing on ‘special’ dates is a recurring theme among video game developers, as with this Halloween came the release of ‘Deltarune,’ an adventure game created by Toby Fox, the developer of the hit RPG Undertale. While the game isn’t necessarily a sequel, you’ll be happy to see the same charming art style and lovable characters that rose from the underground in the first game, this time in higher quality with new stunning artwork and animations. If you’re more interested on what’s happening in psych-horror, follow Sal Fisher, a young boy with a prosthetic face, on his dark adventure in ‘Sally Face.’ While the game was initially released in December 2016, Chapter 4 of the story was just released late this November while Chapter 5 is available for pre-order. The game has a single developer, Steve Gabry, which explains why installments are so spread out—quality takes time, especially with a single developer creating hour long, hand-drawn pieces. The game’s reviews are overwhelmingly positive, and the last chapter now has players waiting on the edge of their seats for the next.

At the top of our list of big returns is ‘Marvel’s Spider-Man,’ released by Insomniac early September for PS4. Excited for a successor to The Amazing Spider-Man franchise, players took to the game immediately and were pleasantly impressed as Insomniac combined an elaborate storyline, ridiculously fun combat abilities, and stunningly fluid animation without sacrificing the most coveted feature of the original game—the web swing. Released by Rockstar late this October, ‘Red Redemption 2’ is living up to its hype as it topped charts as November’s most downloaded in the US and UK PlayStation Store, followed by Treyarch’s ‘Call of Duty: Black Ops 4’ (published by Activision) in both regions. The game provides stunning visuals and an elaborate storyline—one that spans from 55 to 65 hours at the bare minimum, as opposed to its 25 to 30 hour predecessor. It’s no question that the 8 year gap was worth it, as RDR2 is nowhere near lacking in quality content. Meanwhile, in the multiplayer world, it seems that ‘Super Smash Bros. Ultimate’ is already considered a must-have, despite only being released by Nintendo early this December. Unfortunately, as of now the game is confined exclusively to the Nintendo Switch, and there has been no mention of it moving to other consoles.